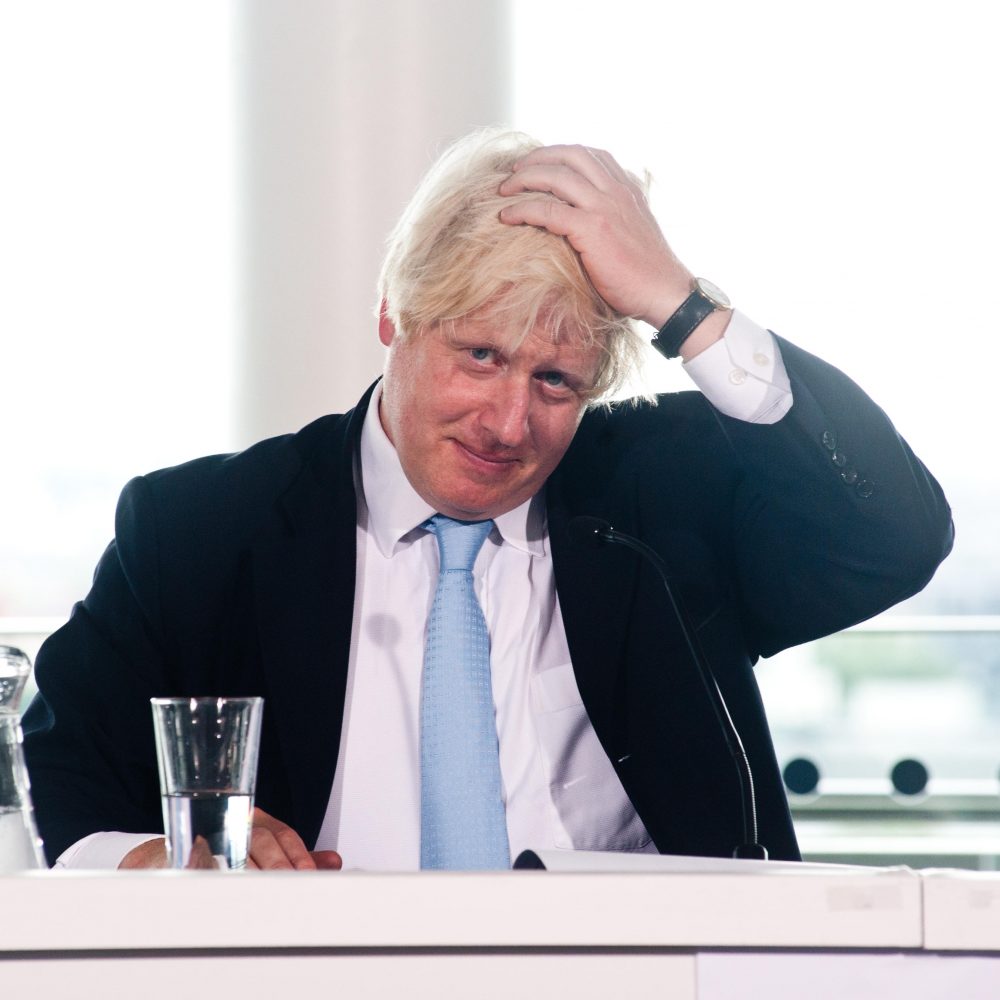 The PM wants us to view his single mum comments in context? He might live to regret it…

Poor Boris Johnson the everyman. I feel for him, really I do.

For we’ve all been there. Made a comment in a fit of pique, moved on and forgotten about it, only for it to be dragged up again at the most inopportune moment. Haven’t we? Who, I ask you, hasn’t roused groggily and cringed recalling an off-colour remark or out-of-character joke that seems a whole lot less funny the morning after the party, less funny still when brought up months, or even years, later? Absolutely, we’ve all been there, Boris.

Of course, the difference for our dear PM is that, unlike us plebs, his past off-colour jokes tended to be made in the national media rather than on What’s App, on ink and paper or into an actual microphone rather than in a slurred 2am voice note. What’s more, he was handsomely paid for making them. He was contracted to be a raconteur, a provocateur, a cad, so who could blame him for living up to the role? Now that he’s an upstanding man of the people, should he not be allowed to forget past transgressions?

I paraphrase, but the above is, I think, what Boris was trying to say when he blundered and blustered his way through a conversation with an angry single mum named Ruth during a live appearance on Nick Ferrari’s LBC show on Friday. Ruth, of course, was livid about BoJo’s unearthed 1995 column in The Spectator in which, as the publication’s assistant editor, he railed against a state that supported single mothers, branding their children, in the most pulled quote of the piece, “ill-raised, ignorant, aggressive and illegitimate”. Why, Ruth demanded to know, should he be allowed to comment on her family when he has been so reluctant to discuss his own?

“I love my children very much but they are not standing at this election,” Johnson muttered, before moaning: “I’m sorry but this is just… I mean… these are 25-year-old quotations, culled from articles written, I think, before I was even in politics. Almost invariably with these articles, when you look at the actual piece, it’s saying the opposite of what was claimed.”

So, then, context. I’d argue Johnson’s refusal to correct a Wikipedia page that lists his children, notoriously, as “five or six” is contextual in this regard. I’d suggest the fact he lives with precisely zero of those progeny, leaving them the children of single mothers themselves, is also highly contextual. But he clearly disagrees. So, having allowed myself a wry chuckle at the irony of Boris, having happily devoured others in print and dined out on the proceeds for years, bemoaning the media machine for turning its vociferous appetite on him, I have to declare an interest here. As both a journalist and a single mother myself, this feels personal. And I’m a professional. Personal simply won’t do, will it Boris?

In the interests of fairness, then, I’ve decided to look at the offending article itself, in all its contextual glory. Venture with me, if you will, into 1995, when Boris was absolutely, definitely not in any way trying to offend Ruth, single mothers, or indeed anyone else ever, ever, ever. You ready?

Things start strong. “The male sex is to blame for the appalling proliferation of single mothers,” the headline reads. In my head, I like to imagine him uttering that sentence out loud, now, today, while looking at himself in his battle bus mirror, as context, but that’s by the by. Fact is, he isn’t blaming women and he’s making that clear from the get go. OK? Good, let’s dive in.

Quite enough has been said about his first paragraph, in which he brands the children of single mothers illegitimate and the rest, so we’ll just take his claim they cost the state £9.1billion per year at face value for now – pedantry doesn’t pay, people – and move onto paragraph two. Here, he reveals that he actually “blame[s] male Tory MPs in government, first, for robbing the ruling party of any credibility on the moral issues which are coming to dominate politics.” They are failing to set a high moral bar, these male Tory MPs, and hand-on-the-thigh Boris is not happy. He expects far more from our elected officials. They need to lead by example. Stop laughing at the back, this is serious stuff.

“You can call, if you like, for the odious and unfair humiliation of bastard children,” Boris says, “in the hope that it will cause a pang of regret in their parents and deter potential single mothers.” But that would be pointless he admits. A jive around the idea of radish-related vegetal-rape and its suitability as a punishment for adultery follows, but we’ll skim over that in the interests of taste (as Boris himself has acknowledged, these are changed days and this sort of thing is frowned upon now). Such medieval punishments, Boris muses, “thought-provoking though they may be, are unlikely to be widely read in the estates of Liverpool or Hackney.” And therein lies the rub. Boris isn’t against single mothers such as the upper-class ones he leaves in his wake. He’s against the ones who aren’t being kept in financial comfort by unreliable columnist-turned-politician types and are thus clogging up sink estates in places that aren’t Kensington or Chelsea.

Now, Boris is a verbose chap, and I have a word count, so in summary, the paragraphs that follow set out why he is against that state system, a system he seems to believe allowed a plague of single mothers to proliferate across 90s Britain, an unbecoming ladette army trailing their feral, snot-nosed kids behind them. Government, he assures us, has a duty to remove financial incentives towards the birthing of illegitimate children (on sink estates). Got that. Good.

We return then helpfully, to man-blaming, though Boris does not lay the blame at the feet of men like himself. No, in county Boris circa-1995, blue-collar alcoholic and bitterly unemployed men are the ones to blame for making women rail against the idea of marriage, while their white-collar compadres are little better. And we marriageable women deserve better.

That, in Boris’ world, is the problem at the nub of all this. We didn’t want the men on offer, us woman-types of 90s Britain, and something needed to be done to make us more inclined towards the joys (and tax breaks) of marriage. “That means addressing the feebleness of the modern Briton, his reluctance or inability to take control of his woman and be head of a household,” opines Boris. See? He only wants men to stand up and take charge, goddamnit. Presumably, his insistence that male Tory MPs exert the moral certitude to which the masses should aspire has already expired by this point. Unless of course, as a Tory MP now, Tory leader no less, Boris is being that man who leads by example and is merely waiving an exception for those men who prefer to be the absentee head of many households. Who knows? It’s his conclusion, not mine after all, so I wouldn’t dare to presume.

If Boris would like my advice though, I’d love to tell him that, in this instance, imploring us to take his words in context does little to make those words better. Sure, it is men he blames, not poor, lonely single mothers. But he does so only within a context by which women are either hapless victims of men or conniving “uppity” siphons, chugging money from the state and thus the pockets of good hardworking people. Of course, if one was being cruel, one could argue that he then slightly undermined his own argument by abstaining, time after time, on any vote pertaining to abortion, given he seems to suggest that women who fall pregnant accidentally are failing to examine their options beyond claiming benefits and moving themselves onto a lengthy queue for social housing. But who am I to be so churlish?

Boris wanted us all to have better men, that’s all. And in 1995, Boris’ worldly, expensively-educated view was that “the modern British male is useless.” And today? Well, for once Boris, with your bumbling, stuttering insistence that we read your words in full, you’re doing a pretty good job of living up to your own argument…

« Virginia Giuffre Calls Prince Andrew, And All of Us, Out
Festive Dressing 101 »