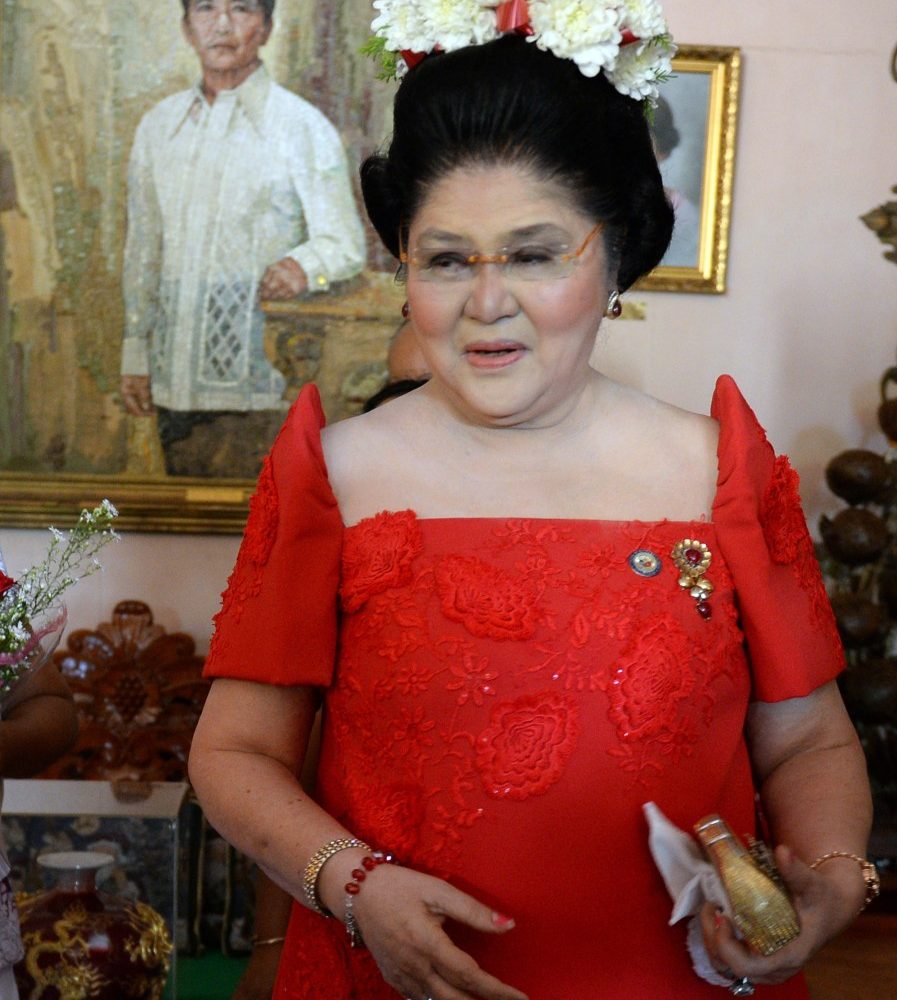 Why We All Lose When Political Dynasties Prevail

The Kingmaker, A new documentary on Imelda Marcos, exposes an incredible abuse of wealth and power in the Philippines

‘The Kingmaker’, the critically acclaimed, intimate documentary charting the jaw-dropping past and even more darkly disturbing present of Imelda Marcos is many things.

It’s one third a cheeringly camp portrait of a faded icon, now in her 91st year but still glamorous, sucking in her tummy for the cameras as her aide reassures her, ‘It’s visible but it’s not obvious’ (surely a magnet for the fridge), calmly knocking over framed photographs in the knowledge that some other, lesser person will be along to tidy up in a minute, and recalling past encounters with everyone from Fidel Castro to Chairman Mao, everyone equally in thrall to her beauty and feminine whiles that director Lauren Greenfield said Marcos used systematically to “manipulate people, ascend and express her ambition”.

It is one third an increasingly dark journey through the last 50 years of the Philippines, from the days when President Ferdinand Marcos and his First Lady Imelda lived in splendour while their subjects suffered, and any opponents of their increasingly despotic regime were detained and tortured. One recurring metaphor in the film is the wild animal reserve on Calauit Island, Imelda’s personal vanity project where she cleared the land of its indigenous population to make room for animals imported from Africa – and then soon forgot about them.

Director Lauren Greenfield (who previously made ‘Queen of Versailles’ and ‘Generation Wealth’, both detailing the effects of too much money in the hands of the few) tells me it was a metaphor too colourful to resist – “Such a moving symbol of recklessness and impulsiveness and abuse of wealth and power, you could make an impulsive decision that then has generations of damage for people and animals.

“When they (the Marcos couple) went into exile, there were no funds to keep it going. Now, it has become a kind of Jurassic park of in-breeding, animals with sores, and no one left to care for them.”

But perhaps most pertinently for Western viewers, beyond the still jaw-dropping displays of wealth on show – even Imelda Marcos has the self-awareness to have a joke boot on display, in reference to her legendary shoe collection – Greenfield brings us unavoidable lessons of what threats to democracy are posed by the cult of personality, poverty and, most intriguingly, political dynasty.

First: personality. Years after the Marcos couple were kicked out of the Philippines for their corruption, Imelda returned to public office first as a congresswoman, re-elected four times to the House of Representatives, then later as the governor of Manila.

Greenfield makes no bones about showing the slums inhabited by many of those in the Philippines, those people living in poverty still cheering for the cult of Imelda and clamouring for her return to power.

She reflects today, “Celebrity and the power of a name go a long way. We see a poor woman in a shantytown saying she’s going to vote for Marcos, because of ‘those good old times’ even though poverty has actually been lessened, inequality has been lessened.

“The tragedy in Philippines is that, by stealing between $5bn and $10bn, the Marcos’s put the country into persistent poverty, hampered its development, and made the nation vulnerable to somebody promising change – a strongman like their present leader Duterte.

“You see people taking dollars, pesos, food, clothing, in exchange for votes in the Philippines, it’s political patronage. You can’t have democracy when people are hungry.”

Most strikingly, Greenfield bears witness to the perils of political dynasty. When she started making her film, Marcos’s son Ferdinand Jr (nicknamed “Bongbong”) was a benign force, a fraction of the smarts of his mother, the ambition of his father, a jovial interviewee. Then, as the cameras roll, he declares himself a candidate for presidency and gains an increasing momentum. By the end, even without his parents’ gifts, as he loses the election but accepts the crowds’ adulation and whispers into his mother’s ear, it is clear the apple has not fallen far from the tree.

“I don’t think he has the charisma, the talent or the drive,” says Greenfield. “He has the money and you see in the beginning he doesn’t really want it, or just a bit. He loved being with his three sons and didn’t like the way his parents were away when he was little, he didn’t want to give that up, but as he started campaigning and the ticker tape started coming down, he got intoxicated by the power, the same things as his parents, just not as deep.”

She adds, “Imelda Marcos is so indomitable and persistent that she never lost sight of getting back to the palace.”

For Greenfield, the very average Bongbong’s political ascent is a lesson for both east and west in the misdistribution of power and money.

“What we see in the film is the danger of money connected to politics, money running through the same families in politics year after year, and we see the mediocrity of that.

“Even though Imelda and Ferdinand Marcos did terrible things, they were really good at what they did and the next generation isn’t as good. More importantly, it isn’t an open field. Democracy can’t really thrive in those conditions, or when there is so much inequality and you have to be really rich to be in power. You throw in the dynastic element, which becomes borrowed charisma, and it becomes dangerous.

“There are term elements and then they’ll give the position to their spouse, or their child, so it just gets passed around.

“The animal island ended up being a metaphor about in-breeding and the weakness of that, just as it is with political dynasty.”

With constant talk in the US of both Hillary Clinton and Ivanka Trump preparing White House bids, while Democrats beg Michelle Obama to consider the same, while the UK’s own Prime Minister Boris Johnson saw his brother resign from a Cabinet position, are there parallels of all these perils in the West?

Greenfield lists them swiftly. “The things that have happened in the Philippines, the attacks on the press, threats to jail the opposition, we’ve seen that in the west. We haven’t yet acted as they have in the Philippines (actually jailed political opponents), but there’s been talk of it. We have to take the threats seriously, otherwise it will be too late. We see democracy die by nicks and cuts.

“Most people in the Philippines are very proud of the democratic institutions that were put in place after 1986, but the election of Duterte shows how quickly things can change when people are dissatisfied with their lives and will accept the promises of a strongman.

She sighs. “I see disturbing parallels. I don’t think we’re at that point yet, but it’s a cautionary tale. At the end of my film, Mayor Rodriguez says, ‘We did not see this coming.’‘The Kingmaker’ is now on selecte

« The Women Risking Blindness for Botox
My Changing Relationship With Feminism »