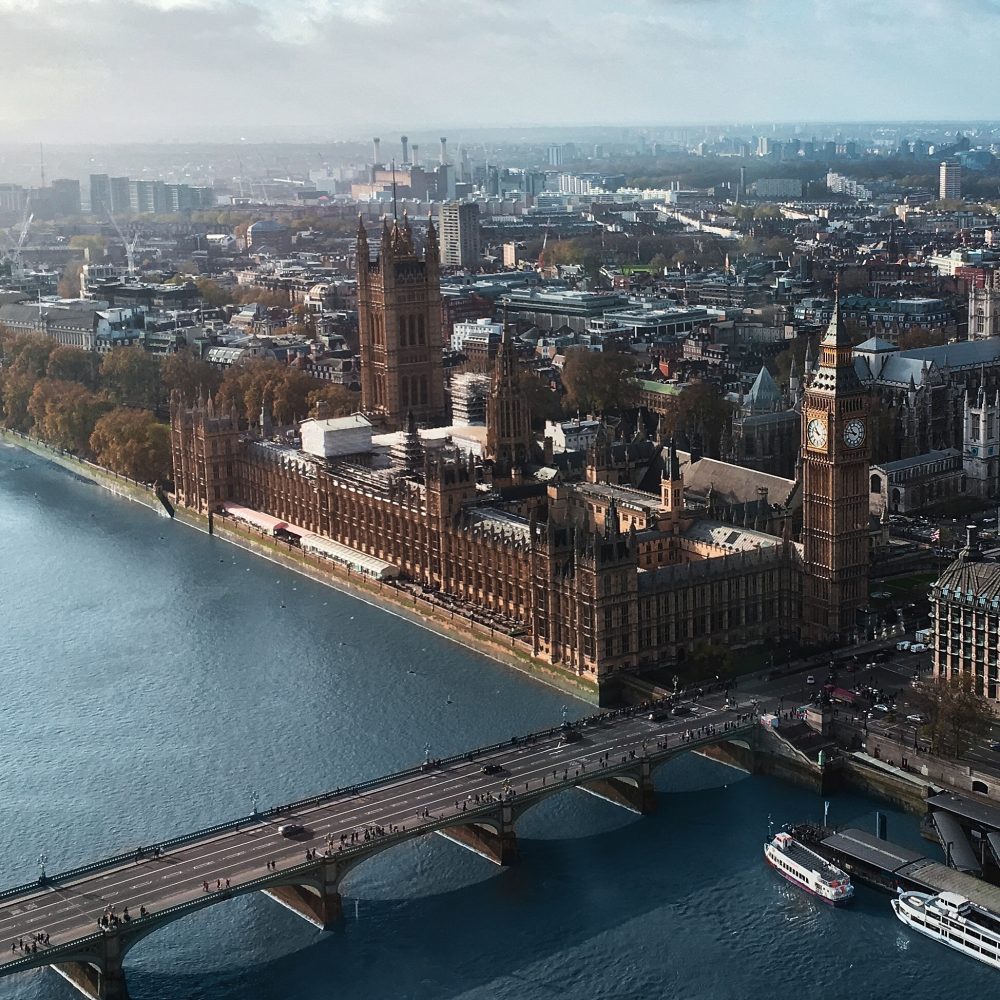 Why Jo Johnson is Making his Father Proud

It’s been quite a week for the Johnson family. Caroline Frost delves deeper…

At a London dinner party several years ago, Stanley Johnson was chatting to a family friend of mine. “You must be very proud of your son Boris’s achievements,” she said winningly. Stanley didn’t hesitate to say firmly, “I am proud of the achievements of all my children.”

How many pennies would you give for Stanley’s thoughts this week, after he and the rest of the nation watched, jaws on the floor, the Shakespearean goings on at Westminster? His oldest son Boris suffered his first Cabinet resignation 43 days into his Prime Ministerial leadership, and it came at the hands of Stanley’s youngest son Jo.

Jo’s explanation was devastating in its simplicity – “In recent weeks I’ve been torn between family loyalty and the national interest – it’s an unresolvable tension and time for others to take on my roles as MP and Minister. #overandout”

Critics have delighted in charting the catalogue of Boris’s already very bad week by the standards of any PM, let alone one still meant to be on his Downing Street honeymoon.

His whole life, Boris Johnson has wanted to make a speech as prime minister from the lectern outside Downing Street. A shame then that his debut was all but drowned out by shouts of ‘Stop the coup’, before he suffered some equally bruising defeats in the House as remainer rebels led vote after vote against the government, first on a no-deal Brexit, then on a swift election – all while Theresa May sat smiling beatifically only a few feet away. Turns out this whole ‘World King’ gig isn’t as easy as it looks – who knew? Then he got a predictable bashing from all quarters as he threw out of his party a roll-call of Tory heavyweights, including Ken Clarke, Rory Stewart and even Winston Churchill’s grandson Nicholas Soames.

Finally, Boris gave another game go at looking ministerial in a speech made against a sea of police uniforms, only for the one nearest to him to fold and give way in the heat. The PM may have paused only to take a sip of his water while the cadet wilted in the heat – chivalry, anyone? – before carrying manfully on, but the metaphor was unmistakable.

But of all these what Boris might call… bumps in the road, some plaster falling off the ceiling and other throwaways, his brother’s departure from government is unique – in its timing, its drama and its possible effect on the electorate.

Amidst all the talk of prorogation, possible revocation, amendment and alliance, it is the simple tale of one brother deserting another that will cut through with voters. A family cut down the middle through a contradiction in values, an abandonment of hope, a feeling of betrayal, is something every family in the land, on either side of the Leave-Stay divide, will understand and ponder.

The politics by themselves aren’t surprising. Jo Johnson has been a constant on the Remainers’ side of the party, previously quitting his post under Theresa May, slamming her for bungling EU negotiations and adding his name to those campaigning for a second referendum. With the same journalist background as his brother, he memorably called her withdrawal deal a choice between “vassalage and chaos”.

With his consistent stance, he really shouldn’t have been in his elder brother’s Cabinet at all, particularly after Boris insisted on a collective pledge from those around his table at No10 to sign up to a no-deal Brexit. The Sun revealed yesterday that Jo, uniquely, had been allowed at that table without agreeing to this, because the PM valued his brother’s counsel on outlining fresh policy.

If it was only Boris’s brotherly love that got him there, it was only Jo’s in return that made him accept. At the time, he said he’d only done so to avoid the kind of pantomime that surrounded the Miliband brothers back in 2010, when Ed trounced David for the Labour leadership. It was also reported that Jo’s wife Amelia Gentleman, Guardian journalist and anti-Brexit drum-banger, was “appalled” by her husband’s return to the cabinet. Six weeks later and the Times’ Matt Chorley was remarking yesterday on the good news for the Milibands, now “only the second most messed-up family in politics”.

So it’s not Jo’s decision that astounds, but the timing. With his decision to stand down as an MP as well as minister, it becomes clear he not only wishes to detach himself from the Tory manifesto, but can’t even wait for the election to disappear quietly. Instead, as he must have guessed, he has successfully dominated the headlines. “By choosing to do it immediately after the worst few hours in his brother’s premiership seems almost gratuitous,” is how one Whitehall source described it to the Times.

The general thinking is that, while Jo has been uncomfortable for weeks, it was the purge of the party faithful that finally tipped him over the edge, particularly the expulsion of Ken Clarke, his own long-time personal mentor. His choice of words afterwards is revealing. Not only did he express his belief that Boris wasn’t acting “in the national interest”, he pointedly praised the PM’s promises with his “strong, one nation domestic policy agenda: more police on the streets, more doctors and nurses in our hospitals, a welcoming face to scientists and international students”.

While giving his brother faint praise, it also highlights his support for the chest-beating morale-raising beliefs espoused by the One Nation caucus, the very arm of the party dismissed so summarily by Boris this last week with his wave of the whip.

Two thoughts on all this come to mind. The first is the depth of the chasm it exposes in the Johnson ranks, what sister Rachel describes as “becoming ISIS-like in its intensity and silliness”. It also rings hollow Boris’s words back in 2013 about the Milibands: “Only a socialist could do that to his brother, only a socialist could regard familial ties as being so trivial as to shaft his own brother.”

If that is indeed the case, how is it not enough to give him pause on his increasingly unilateral actions – that grandees like Clarke, the grandson of his own political hero and now even his own brother are willing to throw their careers under a bus rather than follow him down his capricious path? There’s not a bit of it. Instead, just as the Rebels were energised earlier in the week by Boris’s threats, now the man himself is apparently doubling down, with promises of lying dead in a ditch rather than cede any ground.

The other is the scale of Jo’s sacrifice. The Guardian reported today that several ministers including Michael Gove, Amber Rudd and Matt Hancock have all enquired of the PM the possibility of restoring the party whip to their cabinet friends, but to no avail.

This brings to mind a school party many moons ago. The week before, one girl was alone uninvited, a horrible act that a few of us asked our hostess to reconsider. When she refused, all of us, to our eternal shame, trotted along to the party. A social crime had been committed but was never punished. I’ll wager that, had Jo Johnson been in my class at school, he would have decided to stay home that night.

Former digital minister Margot James is not alone in her praise, telling him publicly, “If I thought my decision had been difficult it was nothing compared to yours. I am utterly humbled by your action.”

A spokesperson for No10 said. “The PM, as both a politician and brother, understands this will not have been an easy matter for Jo.  The constituency of Orpington could not have had a better representative.”

And Stanley Johnson no doubt could not have been feeling prouder – of all his children?

« Does Fashion Need A Spiritual Reboot?
The Rise of Feminine Hygiene Products »