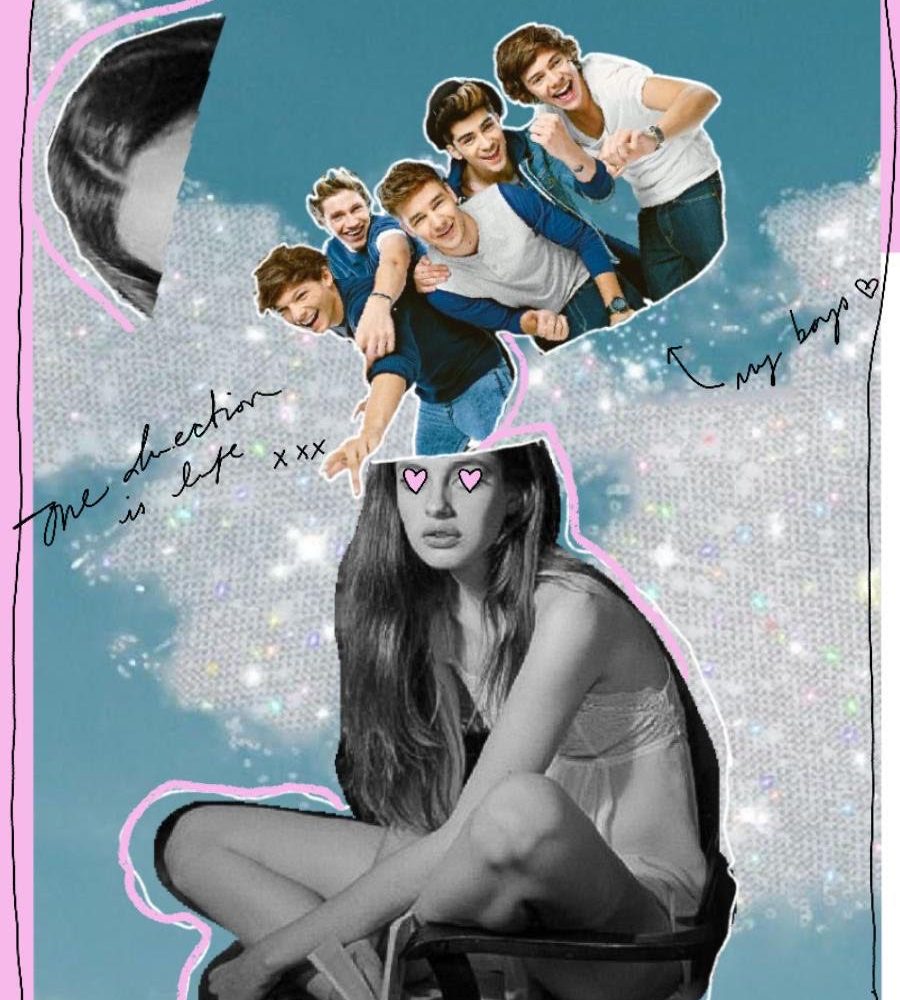 Why I Don’t Regret My One Direction Obsession

In the latest in installment of Ellie Kime’s Guilty Pleasure series, she argues that a boy band can be…empowering?

One Direction were a formative part of my life. And no, I don’t mean that as in their songs were the soundtrack to my life – though they were, and still slap FYI – but that they WERE my life, for a good while. I was whole-heartedly a Directioner, and if you ask most people who went to school with me what they associate with me growing up, One Direction would be the overwhelmingly majorative answer. I meticulously learned the lyrics, painstakingly got the tickets (an actual bloodsport, let me tell you), splashed my hard-earned café cash on the merch. I still have friends who I refer to as my “One Direction friends”, because I found them on tumblr and twitter and became actual real life friends with them too. I had the bug – and the posters. Boy, did I have the posters.

(And it’s actually the posters that are the only regret I have about this entire phase of my life, because, although she’s never explicitly stated this, I’m almost certain they were the main reason our house didn’t sell when my mum put it up for sale in 2011. Thanks to the internet, I was able to see the listing that went up at the time, and amongst a sea of my mum’s brilliantly curated neutrals – including a cream paint in the living room that she was particularly proud of because her friend Jo had helped mix it and it contained warm gold tones that really elevated the room – was a huge sodding poster of 5 20-year-old teenage boys staring back. Not an enticing prospect to many buyers so publicly, Mum, I apologise.)

But this is genuinely my only regret. Many people would – and indeed have – looked back at this time and rolled their eyes at their former selves. We did that? (Yes, you did). In public? (In full view of other people). Why didn’t my friends stop me? (Because a) if they’d tried you wouldn’t have let them, and b) if they tried to, they wouldn’t really be good friends at all). That’s so MORTIFYING. (Not really, hen, don’t sweat it).

Unless you were part of the small subsection of fans who took it too far, crossed boundaries (like hacking into other people’s facebook accounts to find intimate details about them in bed – does anyone remember that one?!) disregarded others’ feelings, endangered others, or weaponised it in anyway, then what is there to be embarrassed about? The music was feel good – try and fight me on One Thing being a tune of life – the community feeling was exceptional, and the sense of purpose was magnificent, and super welcome at a time when you’re a teen navigating scary life changes and the unknown.

The music was feel good – try and fight me on One Thing being a tune of life – the community feeling was exceptional, and the sense of purpose was magnificent, and super welcome at a time when you’re a teen navigating scary life changes and the unknown.

Swap out “One Direction” for any other band, TV show or cause, and the point still stands. A few weeks ago, a friend made an observation that changed my life, as although it may be obvious to others, it certainly had never occurred to me, a baby-less 23 year old: when you’re a baby, you have little to no sense of perspective. When we think “WHY is that baby still crying?”, we forget that we know that teething will pass, and that anyway, teething is nowhere NEAR as painful as breaking your leg jumping off a bench pretending to be a Power Ranger, so just wait for that because then you’ll reaaaaally be crying kiddo. We forget that for that poor baby, teething is literally the worst pain it’s ever experienced, and it has no sense of perspective to change that. And not to compare teenage girls to wailing babies – because that’s actually the point I’m intending to disprove – but similarly, especially when you’re a teen, the intense love of a passion or project is often unlike anything else you’ve ever experienced. It’s unmediated by the other projects you’re yet to stumble upon and feel similarly compelled by, unrefined by the sage life experience you get from another 10 or 20 years on this earth, and unmatched in excitement and exhilaration by the mundane rhythm of school-work-school-work that you’re not yet old enough to be able to break free from (if you so wish). Teenage girls aren’t being hysterical, they’re being passionate. They’re not pathetic, they’re enthusiastic. They’re not obsessive, they’ve found their thing. And, whilst we’re at it, they’ve got bloody great taste a lot of the time, too.

Sometimes, I forget about One Direction for a bit – despite my phone passcode being Louis’ audition number, because at the time that was the only 6 digit number I could think of that wasn’t a significant person in my life’s birthday. Other times, the old Directioner in me leaps out again, like a couple of weeks ago when a friend made a disparaging comment about their impact, and I swivelled round to tell him in no uncertain terms that they changed the landscape of the music industry forever. Musically, they might not have been The Beatles, but culturally, they absolutely were our generation’s version.

« Impeachment Blues: What Now?
Has The Op-Ed Bubble Burst? »