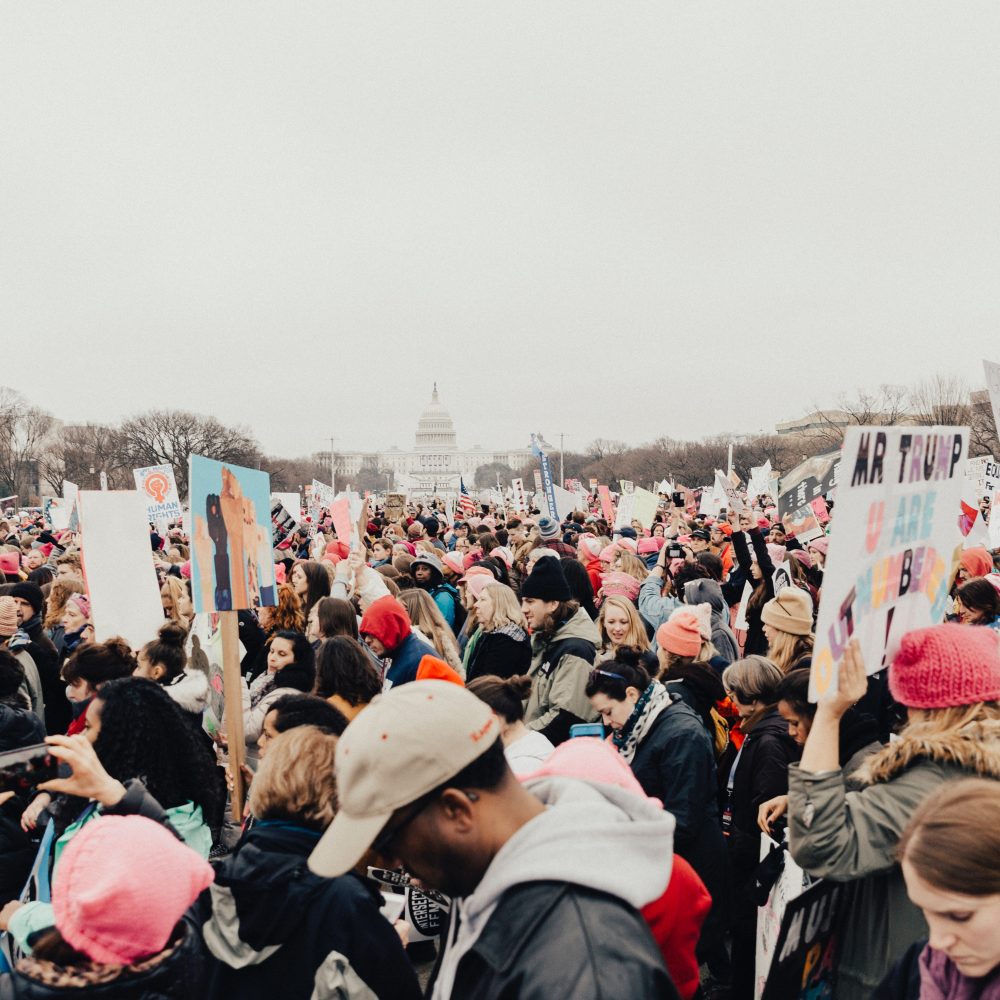 Why Abortion Rights Are Regressing in the U.S.

It’s a harrowing time for women under Trump, but the reasons for America’s regression go beyond the President…

This year has been tough on American women. New revelations have come to light about the President’s history of sexual assault, congresswomen of color have been subject to racist abuse in the media, and the right to access abortion has come under unprecedented attack.

By the end of May, Kentucky, Mississippi, Ohio, Georgia, Missouri and Louisiana had enacted “fetal heartbeat” laws, banning abortions as early as six weeks into a pregnancy. A similar ban was signed into law by Iowa’s Governor in 2018, but was later struck down as unconstitutional by a state judge. Governor of Kentucky, Matt Bevin, who has been at war with judges in his own state over the law he signed in March, this month assented to a new fetal heartbeat abortion ban.  In Alabama, the country’s most extreme abortion ban found an enthusiastic proponent in Governor Kay Ivey, who on the 16th of May signed the Human Life Protection Act. The law prohibits all abortions and criminalizes doctors who perform the procedure.  This assault on reproductive rights had led pro-choice activists to mobilize and many big businesses to boycott the states which have enacted bans.

Meanwhile, women in other parts of the world were beginning to enjoy a very different outlook for access to abortion. Ireland voted last year to repeal the eighth amendment of its constitution, which entrenched abortion as a crime.  In Australia, the state of Queensland decriminalized abortion last year. Parliament in New South Wales, the country’s last state where abortion is still a crime, is considering legislation to decriminalize. Both major parties in New South Wales support decriminalization and the legislation looks likely to pass.  Even conservative Catholic Argentina has a growing public movement for the law on abortion to be changed.

So why is the US regressing when great progress on reproductive rights is being made even in the most unlikely places?  It is tempting to lay the blame at the door of the White House, but there are a number of issues at play with roots much deeper than the 2016 presidential election.

First and foremost: it’s all in the name. In the US, the states rule. The country was formed as a union of states and the bargain struck was that the states’ powers be enshrined in the constitution. Any power the federal government enjoys only exists because once upon a time the states consented to it.

Compare that federal system to the UK, where the constituent nations have some devolved powers like the ability to legislate about abortion, but are ultimately subject to the whims of the lawmakers in Westminster.

This distinction between the two systems came into sharp relief this year. Whilst US governors were defending their abortion bans, Westminster was voting to bring abortion law in Northern Ireland into line with the rest of the UK by decriminalizing. Such a centralized show of force by legislators would be neither politically nor constitutionally possible in the US.
It is no coincidence that these states have decided to flex this particular muscle now.

When Brett Kavanaugh was narrowly confirmed by the US Senate to become an associate justice of the Supreme Court last year, the court’s balance shifted on the issue of abortion. Many see the new spate of abortion bans as a test of the court’s now conservative 5 – 4 majority, which could be used to overturn Roe v Wade, the 1973 case establishing the constitutional right of Americans to access abortion services without undue governmental restriction.

And Republicans have been revving up for this fight for almost ten years. Elections half-way through a presidential term are rarely a success for the party in the White House, but 2010 was a catastrophe for the Democratic Party. Republicans took control of thirty-eight state legislatures and picked up six governorships.

In Alabama and Ohio, two of the states with the dubious distinction of the most restrictive abortion laws in the country, Republicans took control of the state legislature at the 2010 election and have held power since. In six of the seven states to enact fetal heartbeat laws this year, there is a Republican governor and a Republican majority in the state House and state Senate.
Such sweeping control has given anti-abortion legislators the confidence and power to slowly erode abortion rights through a series of piecemeal restrictions over the last decade. But it is only now, with the Supreme Court seemingly on side, that they have launched this ultimate campaign against abortion with a view towards overturning Roe v Wade.

There is good evidence to suggest that elected legislators overestimate the level of conservatism in the communities they represent. Add to that the huge incumbency advantage in a political system like the US, where there are unrivaled amounts of money in politics, and you end up with a whole lot of legislators who aren’t reflective of the electors’ views. So although the majority of Americans disagree with laws like those six-week abortion bans, they still passed several state legislatures by large margins.

Of course these highly conservative lawmakers are also emboldened by the election of a President who hates women. If the President doesn’t respect the bodily autonomy of half the population, why should they? But more dangerous perhaps, than who occupies the highest office in the land, is the way in which the President stirred up a regressive fervour in the country to elevate him to that position.

The far-right has been empowered and it is no friend to women. Right-wing extremists are feeding off an idea that their country has been stolen from them and needs to be reclaimed.

And it’s not only the US where the far-right is on the up. In the wake of the ascendancy of Boris Johnson and co, and amidst a toxic debate over Brexit, many in the UK are talking about “taking back” the country and returning to the imagined halcyon days – an era before the European Union and mass immigration, but also a time before the decriminalisation of abortion.

Although the scope of the issue is different in the two countries, for reproductive rights activists on both sides of the Atlantic, as well as those in parts of the world where decriminalization is gathering momentum, now is a time to redouble the effort. Keep sharing stories, building networks, and taking to the streets. Support local abortion providers and candidates for office who commit to protecting reproductive rights. Remember how hard-won the right to abortion is and how quickly and violently it can be wrenched away.

« What to Do If You Can’t Afford Therapy
What’s Next for Nigel Farage? »