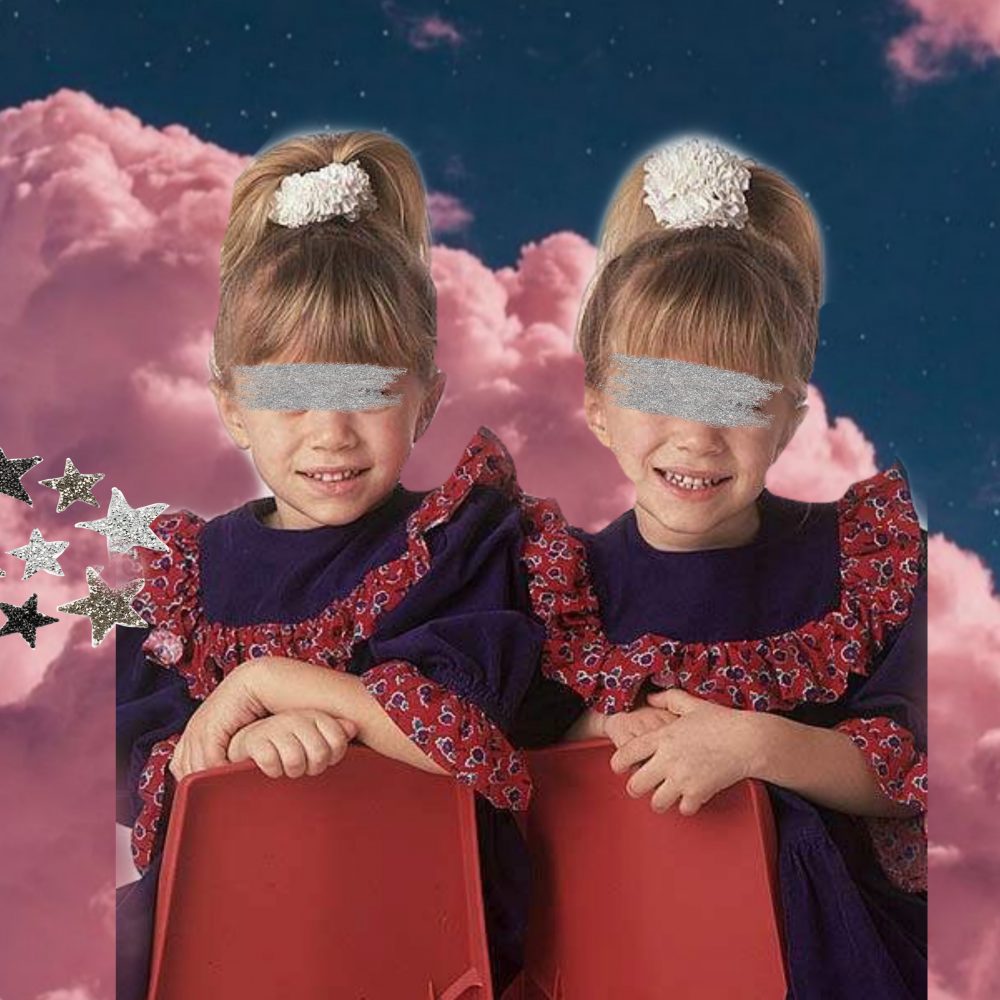 If there’s one thing I’ve learned in talking to others about sisters, it’s that everyone’s sister just absolutely HATES them. Like, totally hates them. “Yeah, my sister and I always fall out because she borrows my clothes and spills stuff on them,” says one friend. “Me and my sister always get drunk and argue when we go for cocktails!” giggles another, while a third admits “I got with sister’s mate when I visited her in uni and now she’s super mad at me”

However, while I’m sure these sisterly relationships may have been on the rocks at some point, I’m also sure the word “hate” is the biggest exaggeration. Yes, you may ‘hate’ your sister because she borrowed your dress – but at least you have a relationship whereby you share clothing. Sure, you ‘hate’ your sister because you argue on nights out – but you actively choose to spend time together in the first place. And of course your sister ‘hates’ that you pulled her mate when you stayed with her at uni – but at least you have enough of a relationship that you go to visit her!

The difference with my sister is that when she would say that she hates me, I actually believe she really used to mean it.

Trouble as a twosome

My sister and I have always had a really troublesome relationship, and I can never explain it to anyone without being overwhelmed with guilt – which I’ve realised, as I’ve got older, is part of the problem. Without wanting to divulge way too much of her personal life, when she was born (four years before I was) she was diagnosed with a mental disability and put on medication for it. When she was 12, after years of changing medication due to a lack of response, it transpired that the doctor had misdiagnosed her illness – alongside thousands of other children. It was entirely possible she’d spent her life being medicated for something she’d never had. Now, obviously, taking meds for something you never had is bound to have implications – my sister can’t recall memories from her childhood. She was in special needs classes, couldn’t retain any information and was bullied very badly, and it held her back socially and professionally, not least as she never gained any qualifications.

It was horrible, really, everything she had to go through. And I feel overwhelmed with guilt that she had that experience while I enjoyed life as the ‘golden child’, top of her class for everything and on the gifted and talented children’s register.

But she was also very, very horrible to me as a child. And when you’re young, it’s hard to understand why your sister won’t just be good like you. It’s difficult to compute why she hurts you so much. And she did hurt me. I have very few memories of her ever being loving towards me, and we were always so distant because we were just so different.

Nonetheless, I don’t think I’d realised how much she ‘hated’ me until I went to university and promptly had a huge anxiety attack during freshers week, so that my dad had to pick me up and bring me home. I remember crying from the shame of it all, and then overhearing my sister shouting to my parents, “I’ve waited 19 years for her to leave this house and now she’s back already!? I want her out!” It hurt so much to feel so deeply rejected by my sibling. Sure, we didn’t ever really connect  – but did she really actively hate me?

Time is a healer?

Eight years later, it is barely any different. That old habit of saying “Ah, you hate each other now, but you’ll be best friends when you’re older!” that proper grown-ups have? Well, I’m still sitting patiently, waiting for that to happen. When I went back to my parents for a week, two years ago, while suffering from a pretty bad bout of depression, I overheard my mum telling my sister “Please be nice to her. She’s come back from London as she’s having a hard time.” My sister’s retort? “Oh great, the posh bitch is back.” Fab. Kick a girl while she’s down, why don’t you?

I really don’t feel I have ever actively ever done anything to my sister to make her feel this way about me. As an adult, I’ve always tried to make conversation with her and ask her about her life and her day, but she just will not converse with me. Every time my parents praise my achievements, she’ll huff or stamp her foot or walk out slamming the doors. It’s just always been the difference between us, and my success seems so sadly polarised against her seeming lack of success that it’s driver her to seeing me as some form of enemy. Call it jealousy. Call it whatever you want – but it has made it hard to ever form any real relationship with my sister apart from the polite “Hey, how are you?” I try whenever I go back to visit my family.

As such, I’ve never spoken openly about my relationship with my sister, or lack of. It was only recently, when I was asked on an Instagram Q&A if I had any siblings and I said I had an older sister that I had come to terms with it. I explained, in the briefest but most honest terms I could find, why we weren’t close, and I was honestly overwhelmed by the people that came forward hollering “oh my god, same”, saying how they felt seen. A few of my friends have turbulent relationships with their siblings – but only a couple. It still feels relatively rare, so to have so many people come forward and say it was the same for them felt so comforting. I finally felt that I was not alone in feeling like an only child by means of rejection from my own sister. I took solace in all of the people who came forward to share how they’ve tried to build relationships with their siblings, but they too have no connection and find forming one just impossible.

Pressure to be pals

Instagram and social media have long been seen as a highlights reel. People post family portraits at Christmas, family holiday photos and wedding pics with their sister as their maid of honour. But there’s so much people choose to exclude. You get so used to seeing these depictions of perfectly harmonious families that it’s easy to forget that nobody’s family is perfect.

There’s this deep, dark, and secretive thing about family. We are bound by blood, and we tend not to discuss such painful family matters openly and among friends because we don’t want to cause any more rifts. But I wish people would be a little more open and honest online. I wish people shared their stories a little more freely, because the “real” images we see of family on our feeds are often only of the best and most close relationships. The rest of us? We just don’t post it.

What I’ve learnt from trying and failing, several times, to forge a better relationship with my sister is that sometimes you have to stop trying. Sometimes you just have to accept that it won’t happen – and allow yourself to heal from it. No matter how many times someone patronises you with the whole “oh, you’ll be best friends when you’re older!” schtick, it’s better to accept something for what it is than keep trying to make it something it’s not. I choose not to compare myself to those on the internet. I choose not to let myself feel guilty for being rejected.

And, I choose not to snap at my friends who shout “I hate my sister!”, because their version of hate comes from a place of love.

« Sisters Before Misters
The Artist Who Painted Abortion Into Law »