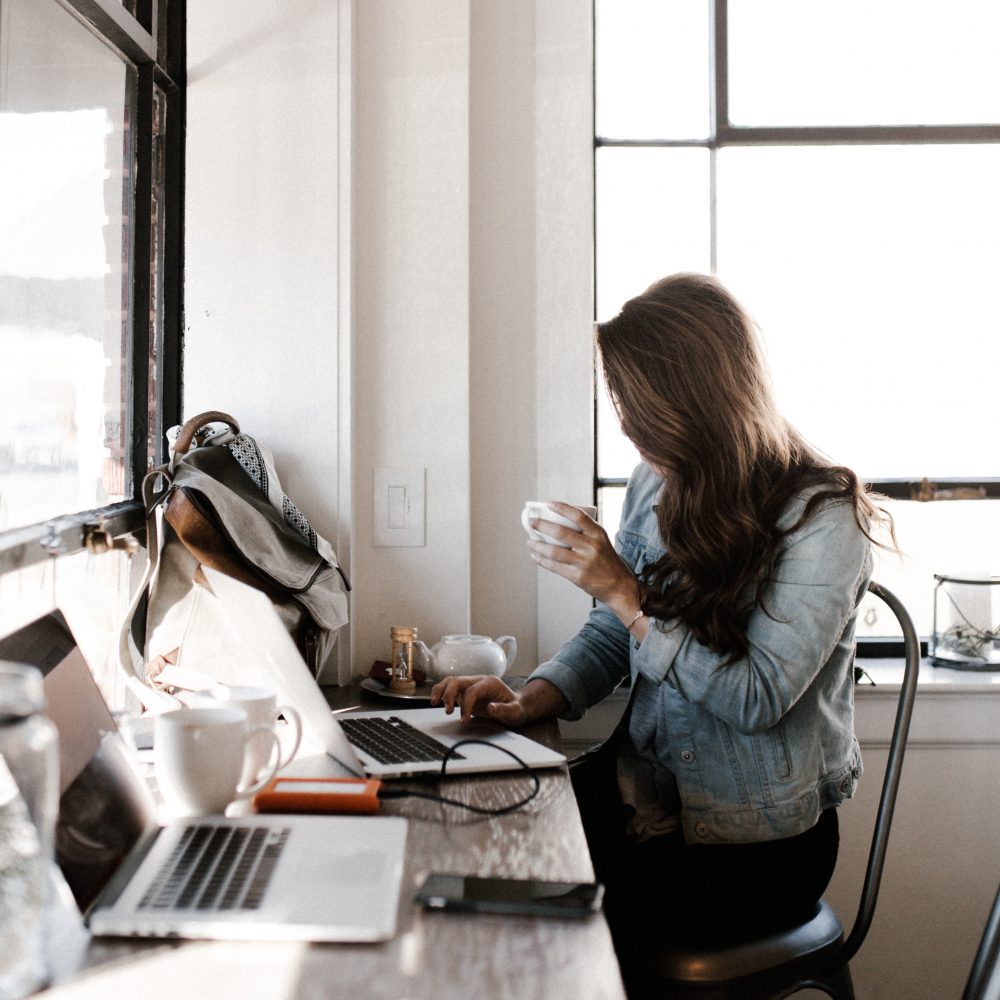 When Is The Right Time To Switch Jobs?

I am a very loyal person but also a very ambitious one. Working in the publishing industry, it’s very common for people to change jobs every two to three years, particularly at the beginning of their careers. Because of this, I have been in publishing for three years and have changed jobs three times. This may make me seem flaky and indecisive, but in fact, it’s just the opposite.

Find out how I knew when it was the right time to move on below:

I’m hosting a dinner party in a few weeks for  colleagues I’m still in touch with from my first ever job as a teenager, nearly ten years ago. Evidently, I have a hard time letting go. In fact, more often than not, the first six months of a new role comes with a deep sense of regret and anxiety that I’ve made a bad decision.

It’s because of this anxiety that I have become increasingly picky when it comes to applying for roles and deciding when to move on. But honestly, what I’ve learned is that there is never really a ‘right’ or ‘perfect’ time to switch, there are just opportunities, and it’s up to you to decide when to take them.

Recently I left a job I loved for a more senior role at a much larger company. My decision was based on two reasons: career growth and developing industry knowledge. Since entering the publishing industry I’d gone from small start-up to small start-up, working in tiny offices with a maximum of fifteen staff members. I had never worked in the corporate world, let alone  with a large budget. So when the dream opportunity arose for me to become a marketing manager at a large company at my young age of twenty three, I jumped at it and got the role.

People often ask how it was possible for me to get this role – it all came down to being open to change, even when I wasn’t actively looking.

2. Be open to opportunity, even if you’re happy in your job

I am the youngest marketing manager at my company by far, and I honestly wasn’t expecting to get this role. I wasn’t looking for a job when this opportunity came my way, and in fact I turned it down at first. But when the job opportunity came up again on the day before applications closed, I took a chance. I realised, on that last day of applications, that just because I loved the role I was in, it didn’t mean I should stay there when I knew the position I ultimately wanted was open to me.

Sometimes staying at a role you love is enough, and if I hadn’t been offered the position I would have been happy to remain. But that was part of the reason why I did apply for the job. I knew it wasn’t a high stakes interview. I wasn’t begging for any other kind of position and no matter what, I would not be worse off for being offered or not being offered the role. I was in a win-win position. This helped me to navigate the interview and transition easily.

3. Use every role to learn as much as possible

It may seem like I’m leapfrogging from one role to another, but there’s a method behind the madness! At each stage I am using every available opportunity and developing my skills until there is nothing left to learn.

The brilliant thing about working for smaller companies and starting there rather than in larger corporations is that you have so much more one-on-one time with colleagues and the ability to pick up skills and knowledge through osmosis, as well as through your own duties.

Look at the job descriptions of your dream roles and try and do more of that in your current role. See where you are as an opportunity to grow and flourish towards what’s next.

This is an impossibly high standard for women to live up to, and is part of the reason men often progress faster than women in the workplace. Not enough women are taking the ‘risk’ and applying for roles that they might not know everything about.

I wanted to flag that I initially didn’t apply for my new role because I thought it was too senior for me at my age; after all, I was still only three years into my experience of the industry. But the reason I got the role of manager was because I was doing every part of the job description in my previous role; just without the title or pay. And I hadn’t even realized it.

5. You’re going from knowing everything to knowing nothing… And that’s OK

When I asked for interview feedback, my manager told me that part of the reason she had decided to hire me was because I was honest in telling her that there were some portions of the job I did not know how to do. Not only did this show room for growth, and therefore make me more likely to stay in the position for longer, it also showed a clear passion and desire to learn. If I already knew how to do everything that that position entailed, then they wouldn’t have wanted me, because surely I should have been applying for the next position up the ladder.

Remember that whenever you’re changing jobs, you should be going from the highest point of knowledge to the lowest.If you’re not, then you’re applying for the wrong position and undervaluing yourself.

So take time to reflect on your current position. Are you enjoying it? Do you feel valued? Are you learning new things? Do you think you can progress to the next level? Are you willing to find out? Whether you get (or take) the new role or not, opening yourself up to change and opportunity is always a positive thing and will make you feel more confident and more excited about your career.

« Does My Breast Reduction Make Me a Bad Feminist?
Girls Are Shouting Loudest For A Better World »