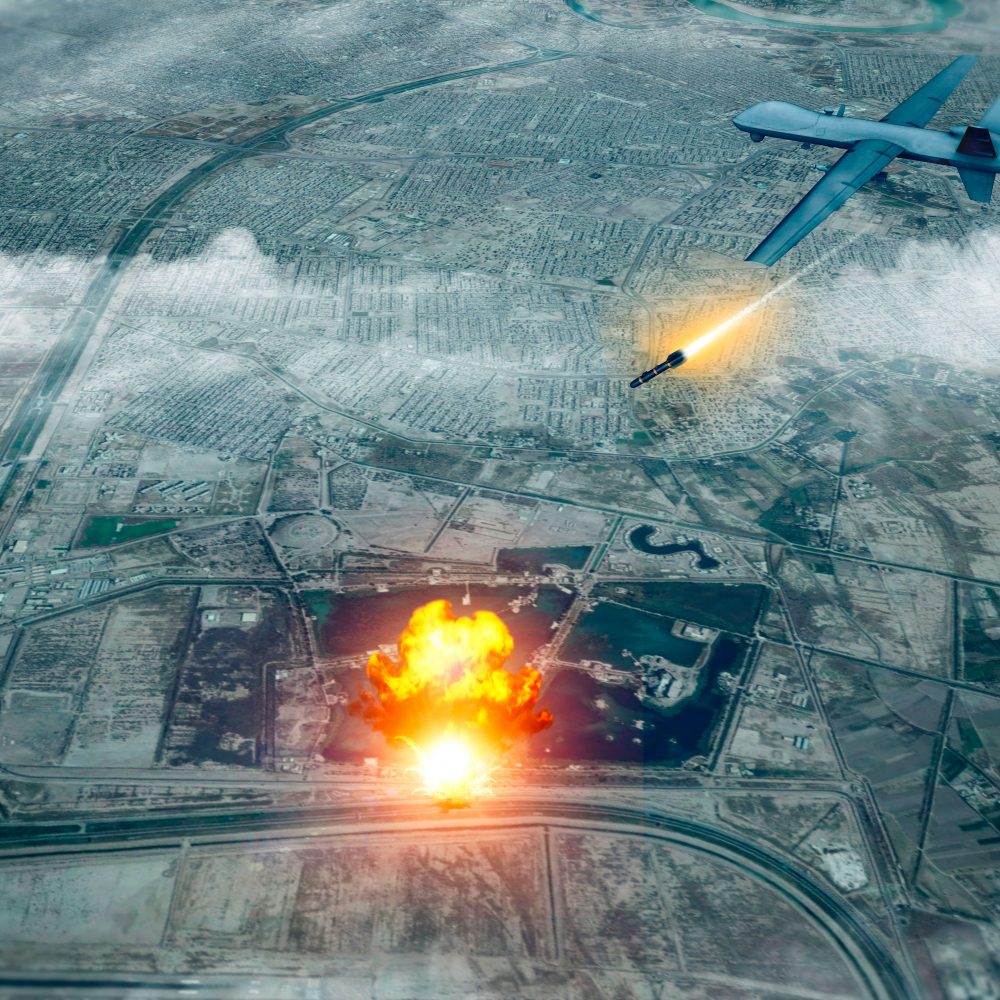 What Trump Is Afraid Of

America is on the precipice of war with Iran. Is it geopolitics, or one man’s ego?

By now, you’ve all seen the headlines. And those headlines are scary. President Trump just assassinated the most popular dude in Iran (and beyond): Qassem Soleimani, the head of Iran’s elite military unit, the “Quds Force.” Any country that has one of their top political or military officials assassinated by another country is going to take that as an act of war. So, tick-tock, tick-tock, as I’m writing this, the whole world is just waiting to see what Iran is going to do next. Whatever it is, it won’t be pretty.

But that’s not what Trump is afraid of. He’s not afraid of Iran retaliating against U.S. military targets and the deaths that will cause. He’s not afraid of retaliation against the United States or other Western civilians by Iran’s armed allies in the region, or by the random terrorist who is looking for a new excuse for martyrdom. He’s not afraid that if there is a war, many thousands of non-combatant men, women, and children will certainly die, whether caught in the cross-fire or explicitly targeted. Trump’s not afraid of any of that, because he’s convinced his missiles are bigger than Iran’s missiles. No, what President Trump is most afraid of, is that someone, somewhere, will call him a pussy. And that’s why he ordered Soleimani’s assassination.

No, what President Trump is most afraid of, is that someone, somewhere, will call him a pussy. And that’s why he ordered Soleimani’s assassination.

The official storyline goes something like this. Iranian-backed Iraqi militia recently shelled an Iraqi military post, which killed a U.S. contractor and wounded several U.S. soldiers. Trump ordered military strikes against the Iraqi militia responsible, killing dozens. The Iraqi militia and its sympathizers tried to storm and burn the U.S. embassy in Baghdad. Trump then ordered a drone strike against Soleimani as he arrived at the Baghdad airport. Trump and other administration officials insist that they did so to counter an “imminent threat” by Soliemani against the U.S. military and civilians. No details on what that “imminent threat” was, natch. “Just trust us. It was going to be really, really bad.” And of course, Trump never, ever lies, right?

It’s not just that the cause-and-effect doesn’t make any sense. Exactly how would killing Soleimani prevent this “imminent threat?” The Quds force is far from debilitated, and even if there was an attack in the works, he wasn’t the one pulling the trigger. And I know nothing about the guy who is replacing Soleimani, but I’m sure he is really, really pissed. With a lot to prove to all the Iranians who really liked the guy.

No, to find out what is in Trump’s head, just ask yourself what was on T.V. right before he made the decision. It was images of an angry mob attacking a U.S. embassy. And to Trump, “burning embassy” means “Benghazi.”

In 2012, a militant group burned the U.S. embassy in Benghazi, Libya, killing the U.S. ambassador. And ever since, Trump, Fox News, and the Republicans in Congress have been pushing the story that the person responsible for Benghazi was then-Secretary of State Hillary Clinton. This was a key point in his smear campaign against her in the last election. Nevermind that she was cleared of any wrongdoing after ten, yes, ten investigations. “Benghazi” is still a favorite chant at Trump’s rallies.

So last week, Trump watched on T.V. as Iraqis burned the U.S. embassy in Baghdad. And that’s when he got scared. Scared that someone will call him a pussy. Scared that the “Benghazi” chant would be become the “Baghdad” chant.

Especially because, a few months ago, at the last minute, he called off a strike against Iran after Iran shot down an American drone. Then, after Iran torched a Saudi oil field, Trump mumbled something and then looked the other way. And there has been a growing number of voices on the far right saying, “Trump is a pussy.” And while Trump likes to grab that part of the female anatomy, he hates to be called one.

So how does this end? I don’t see how all this amped-up, simple-minded, macho bullshit leads to anything other than all-out war. Get ready for some head-snapping “tit-for-tat.” Iran does “tit,” the U.S. does “tat.” Back and forth, each one outdoing the other. No one ever wins “tit-for-tat.” Some lose worse than others. The leaders always survive. O.k., mostly: Soleimani didn’t. Trump will eventually go back to playing golf. Likewise the Iranian leaders when their time is done. Not so all the young soldiers who will inevitably die. Or all the loved ones that they will leave behind. Or all the many innocent children, women, families who account for most of those killed in wars; especially in this region that’s been torn apart by violence for decades.

« Healthy Side Hustle Strategies
Tell me what you want, what you really, really want… »