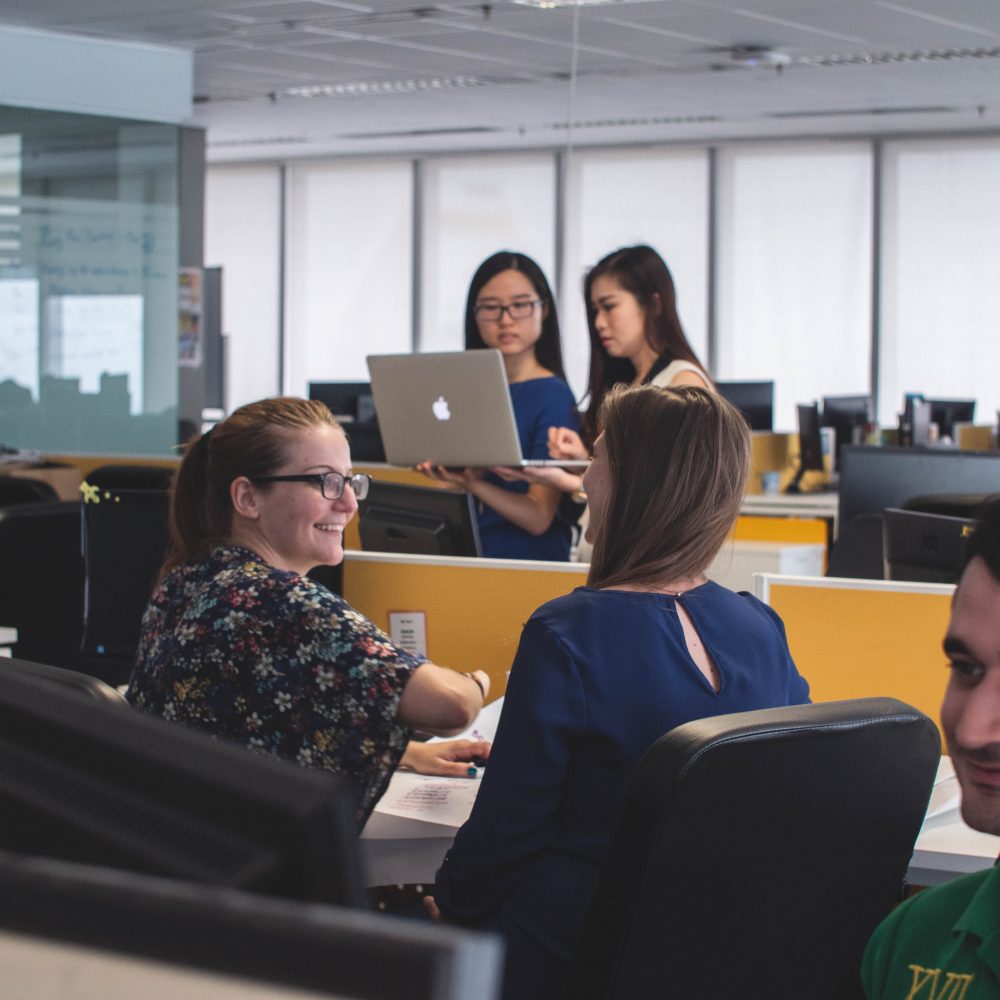 The #hustle culture that glorifies exhaustion has left me feeling exhausted

I’ll start with a confession: working in an office leaves me drained. The constant distractions that come from being in an open-plan environment, the endless inbox slog and the #hustle culture that glorifies exhaustion has left me feeling, well, exhausted.

That’s on top of the many additional issues I’ve had to deal with simply because I’m a woman: the manager who put his hand on my leg during a work lunch. The colleague who told me I looked tired when I didn’t wear makeup and the boss who asked me when I planned on having children during my appraisal. Then there’s the gender pay gap, which means women are still expected to work harder than men for less.

All this stress it isn’t just taxing mentally. Being repeatedly overworked, underpaid and discriminated against is damaging our bodies and our minds.

Dr. Shimi Kang is a Vancouver-based psychiatrist and speaker on workplace and mental health. She says: “Severe chronic stress has been shown to cause the shrinkage or enlargement, thinning and premature ageing” of areas of the brain that modulate our stress response. So the more overworked we are, the less able we are to cope.

Part of the problem is that we’re not taking time off to recover. According to a recent study, 64% of employees say this is due to being in an ‘always on’ environment, where they are expected to respond to emails or calls over evenings and weekends. Meanwhile, an insidious hustle culture, led by high priest Gary Veynerchuck, tells Gen Y-ers things like “You don’t live for vacations because you don’t need a break from what you’re doing—working, playing, and relaxing are one and the same.”

Where did this obsession with overwork come from? Writing for The New York Times, Ellen Griffith calls hustle culture a clever and cultish “rebrand” of the rat race, and that underneath it all is a “grim and exploitative” system encouraged by those not actually doing the work.

Anne Helen Petersen’s viral essay for Buzzfeed goes further, explaining how burnout is worse for millennials (23-38-year-olds, myself included), who were conditioned to believe that the route to a ‘good’ job was through a degree – then we graduated and discovered the most we could find was a minimum wage salary and no security, all while trying to pay off massive debt. Our expectations were raised, but not met – and that pretending to love work is a defence mechanism to protect us from the alternative: that the labour and loans just weren’t worth it.

I identified with almost everything in Petersen’s thoughtful essay. Like many others, I wanted to believe that success was achievable if I put in the hours – so I carried on at the same pace, even though my mental and physical health began to suffer.

Everything around me told me I was wrong for feeling tired. When 5:30 pm rolled around, my colleagues continued tapping away at their computers. Few refused after-work events unless they had an important appointment. No one mentioned that having to stay out until 11pm or later wasn’t just tiring, it was a physical, emotional and financial burden, especially for women without their own transport who either had to fork out for a cab or risk walking through the city alone at night.

Paradoxically, I do enjoy socialising with colleagues and find most after-work events an enriching experience, which is part of the reason it’s so difficult to say “no”.

Seunghoo Chung, a doctoral student in management and human resources at Ohio State, ran a study on the relationship between friendship and teamwork. “When you’re working with friends, you tend to be in a better mood and can work through the adversity and strain that sometimes comes from having to produce a lot in a short time,” he said. “Friends can also coordinate tasks more efficiently.”

On the one hand, socialising with colleagues makes the experience of working together more enjoyable and productive. On the other, it infringes on time that could be spent with family, relaxing or – for those who need extra income – working second jobs, which only adds to the stress.

Part of the problem lies with employers insisting that work-based socialising should solely be done on employees’ own, unpaid time. Yet if building relationships and learning new skills is something we predominantly do for work – to make ourselves less stressed, happier and more productive – shouldn’t part of the responsibility and financial burden lie with the companies themselves?

I’m willing to put in extra hours, but that doesn’t mean I don’t still need to recuperate. The issue here is the lack of give and take: workers are expected to always be available and willing, yet there’s a reluctance among employers to adopt flexible hours or respect employees’ personal time.

Many companies claim they support a healthy work-life balance, but rather than investing in more staff to help reduce the individual workload, increasing wages so we don’t need a side-hustle and sponsoring activities that promote mental health, they host sporadic one-size-fits-all mindfulness classes after work that everyone’s too tired to go to anyway.

To put it bluntly, green smoothies, gym memberships and lunchtime yoga classes are not a cure for burnout. And time off is not time off if we’re expected to answer emails or attend after-work events.

I’m not laying the blame entirely on employers. There’s an uncomfortable truth within all of this: that our work addiction has created a culture that perpetuates our own exploitation. Or, as Anne Helen Petersen says in her Buzzfeed article, “our capacity to burn out and keep working is our greatest value.”

For many workers, our career is a large part of our identity, but it cannot  – and should not – become our whole life.

It’s a fantasy to think companies will change legislation themselves, so it’s up to us to speak out and redefine our boundaries. In 2017, an email went viral after Madalyn Parker, a web developer from Michigan, messaged her boss asking for two days off for mental health reasons. He responded with empathy, then wrote a Medium article commending her for her bravery.

“In situations like this, it is so easy to tell your teammates you are “not feeling well,” he wrote. “Even in the safest environment, it is still uncommon to be direct with your coworkers about mental health issues. I wanted to call this out and express gratitude for Madalyn’s bravery in helping us normalise mental health as a normal health issue.”

I felt a huge sense of relief seeing Madalyn’s email being shared. Here was someone who had unapologetically surrendered to her exhaustion – and no one called her weak.

Learning to respect my own boundaries began with burnout – a far from ideal starting point. Nevertheless, it was a defining moment that forced me to be more honest about my own needs.

I declined after-work events and team lunches when I was feeling exhausted – and rather than make up excuses, I said why: that I was tired. Being honest was a huge weight off my shoulders, and it meant that when I did socialise after work, I did it without resentment.

Ironically, those social opportunities could be the perfect time to be more open and honest with our colleagues. Christina Maslach, a researcher behind a study of burnout, told the New York Times that interacting with other people can help alleviate the symptoms of stress.

“What we found is that people’s health, well-being, everything in life, is way better if you’re connected with other people,” she said. “That social network, that each of you have each other’s back, that they’re there for you and you’re there for them, that’s like money in the bank. That’s a precious, precious resource.”

Building these relationships is crucial if we’re to feel comfortable discussing things like stress and burnout with our colleagues, but giving up personal time to socialise only works when there’s the option not to. Our reluctance to say “no” is symptomatic of a larger problem, which is that there’s still a stigma hovering over discussions about mental health, we struggle to relax and we’re bad at drawing boundaries – something that’s exacerbated by employers eagerly pushing workers over healthy thresholds.

Reaching a point where I felt comfortable discussing my needs with my coworkers doesn’t mean I had suddenly learned to relax, or that workplace discrimination, stagnant wages, and the pressure to sacrifice our own free time has suddenly disappeared.

It was one small step towards taking control of my own wellbeing.

Work culture is still failing us in so many ways, and without positive reform, organisations are losing the very people they want to retain. I, and many other women have turned to freelancing in recent years, and that figure is rising. The fact we’re starting to have these conversations is a reason to celebrate because it gives workers a chance to discuss their problems and be taken seriously.

Employers just need to wake up and see what they stand to lose.

« Astrology Made Me a Better Person
Man Seeks Spontaneous Woman »