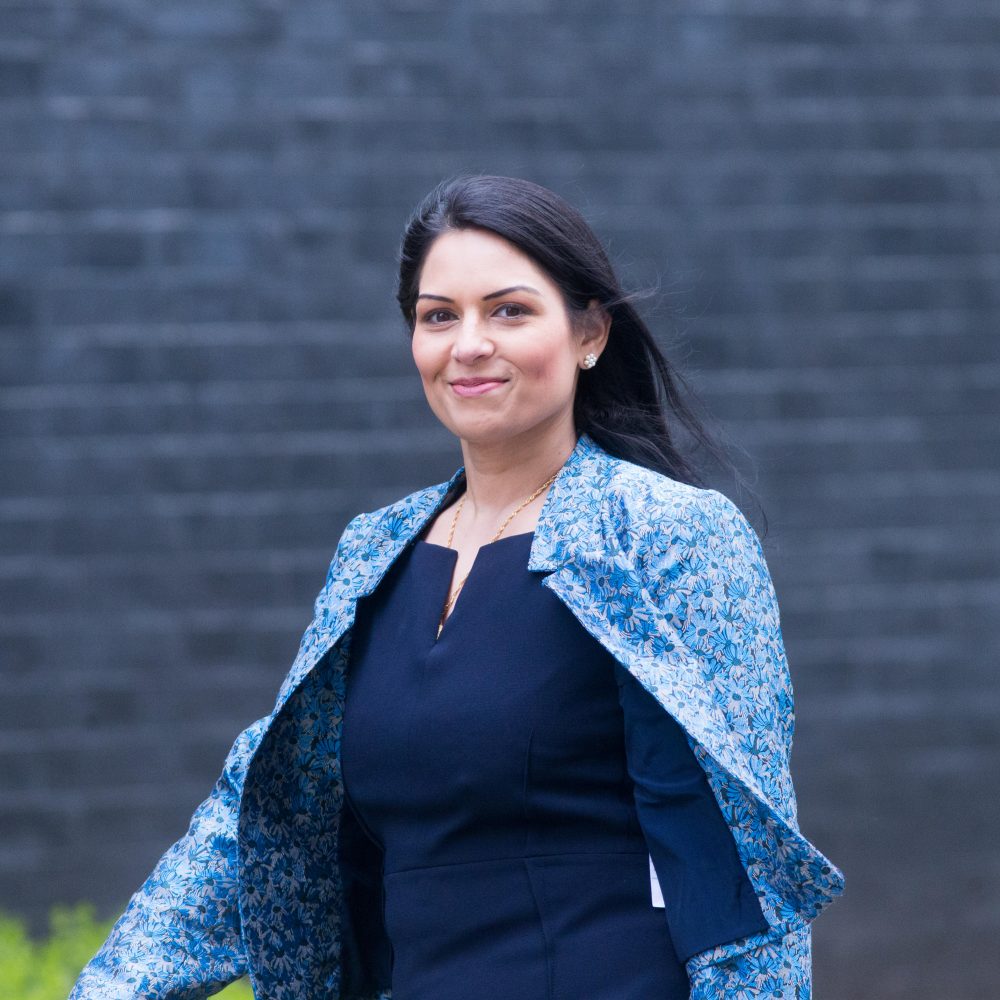 This weekend, Priti Patel captured the mood of the nation with her sombre response to the death of a young, newly-married police officer, murdered while on duty investigating a burglary. The Home Secretary for less than a month, she sounded dignified and defiant with her recognition of the sacrifice made and her pledge to support the UK’s police force.

A day later, and she had caused troubled government officials to raise “legitimate concerns of another Windrush” with her plans to implement tougher border restrictions overnight on the 31st of October, should Brexit happen without a deal with the EU. The hardliner plans on tougher criminality checks on EU citizens entering the UK from the day after, despite campaigners stressing that there will be no workable way to tell brand new prospective EU migrants apart from those with established settled or pre-settled status to come to the UK.

Home Officials have told the Times they fear this stricter system will lead to chaos – and worse, lead to “another Windrush,” the stumble over Caribbean immigrants’ UK status that previously saw Amber Rudd’s departure from the Home Office last year.

Her response to both this week’s events – toughness on law and order and immigration, emphasis on securing the state from threats without and within – are entirely in keeping with her public attitude. Years after she first voiced her support for the death penalty as “the justice system doing what it says on the tin” – an opinion she has since rejected – she said in her first interview as Home Secretary that she wanted criminals “to literally feel terror at the thought of committing a crime”. As for prospective UK immigrants post-Brexit, she has previously said that only skilled workers need apply, with decisions “based on what someone can contribute rather than where they come from”.

With a few pithy phrases, Patel has lent further weight to those who already firmly believe she’s the current Tory party’s answer to Norman Tebbit and, to be sure, her hard-right wing views seem almost comically populist after the more moderate leanings of John Major and David Cameron in governments gone by – but entirely fitting in the current climate. Who needs Nigel Farage to speak out against the threat of immigrants, when you have the first Indian Home Secretary moving the needle so far to the right?

If Patel was feted as the poster girl for the Vote Leave campaign, she is also an example of the mobility of modern Britain. She was born to Indian Gujarati parents, who moved to Uganda and then fled Idi Amin’s regime in the 1960s, setting up home and business in the UK. Unlike so many of her Cabinet colleagues, she is not Oxbridge stock, instead attending state school and then later Keele and Essex Universities. After working as a Tory press officer and for PR firm Weber Shandwick, in 2010 she became the first Asian female Conservative MP, before serving in two Cabinet posts, now in one of the highest political offices in the land. She has said herself, “It is important that we have a government that reflects modern Britain.”

So how has this hardworking daughter of immigrants become the face of hardline, drawbridge-pulling, door-slamming anti-immigration policy? On the face of it, hers appears to be a classic case of pulling the ladder up from underneath her, but look a little deeper and…

Ah, of course. During her most permeable teenage years, Priti Patel was inspired by the country’s first female PM and her distinct brand of hardline Conservatism. Patel told Total Politics in an early interview of the lessons of her idol – “a unique ability to understand what made people tick, households tick and businesses tick. Managing the economy, balancing the books and making decisions – not purchasing things the country couldn’t afford.”

As with so many Indian immigrant families of that era, particularly ones who’d made a hard journey from a hard place, Thatcher’s brand of Conservatism corresponded with Patel’s own hardworking, self-supporting values. “There was a desire to work hard and to be successful so you didn’t have to rely on anybody else.”

“Coming from a country where you’re persecuted means that you want to work hard and to contribute to the society where you end up. You become patriotic because you make your new country your home, and, as a result, you live and play by its values.”

This goes a long way to explaining the causes she swiftly espoused as the MP for Whitam in Essex – fewer welfare benefits, looser working conditions, and of course, a liberal business model. One of her very first brushes with controversy occurred when it emerged that, during her PR years, she’d worked tirelessly for her client British American Tobacco, including lobbying MEPs against EU tobacco regulations.

Like Mrs Thatcher before her, it seems as though Patel built an ideology around her own hungers, her own disciplines and abilities, what Michael Heseltine referred to recently as “believing in a simplistic set of solutions for the complicated challenges of society”.

And it seems, along the way, she absorbed her Tory predecessor’s EU scepticism as well. She has long believed the EU to be “undemocratic” and that it “interferes too much in our daily lives” and, from her 20’s, she questioned the EU’s role in British politics – affiliating herself with the Referendum party back in the late 1990s, that demanded a vote on whether we should stay or go.

More recently, she has publicly stated that immigration from elsewhere in the EU was overstretching the resources of UK schools. Finally, in 2016 she abandoned her biggest champion David Cameron to become one of Leave’s most ardent Tory campaigners. And she has been rewarded for it.

Cameron, who first welcomed her to the Cabinet, also made her his Diaspora champion, and she has remained a frequent guest at Indian diaspora events across the UK. In fact, one of her most frequently-voiced arguments for leaving the EU is that it will ease access for Indian migrants and help the Indian food industry. In a speech, she said, “The future of curry in this country is at risk, because the EU makes us powerless to control our borders.”

If Priti Patel has her way, curry houses will be one of the few UK institutions enjoying an era of stability after October. She may have gone back on her original position on the death penalty, but has conceded no corner elsewhere, and appears to be only beginning to flex her muscles.

“You’ve got to be as tough as it takes,” she explains. Her idol would approve. What about the rest of Britain?