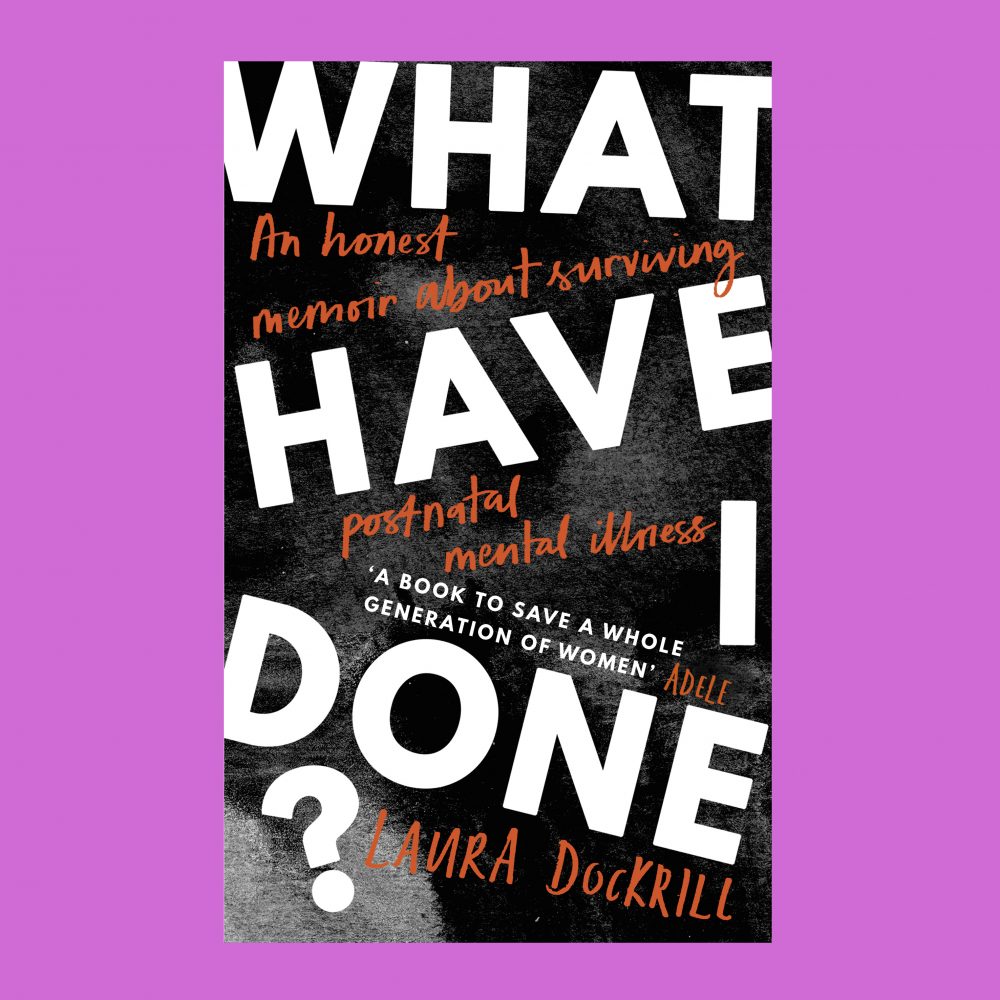 What Have I Done?

“I Had A Baby. Then I Went Mad” Laura Dockrill on her experience with postpartum psychosis

After an idyllic pregnancy, in February 2018, writer Laura Dockrill gave birth to her son. Unlike her pregnancy, it was traumatic. And like an estimated 13 per cent of new mothers, she spent the first few months struggling with mental illness. Namely, postpartum psychosis, which is a rare condition that affects around one in 1,000 births. As well as severe depressive symptoms, postpartum psychosis can cause hallucinations, paranoia, delusions and mania.

No one really talks about it, so much so that many of us have never even heard of it. Which is exactly why Laura has written a memoir about her experience. What Have I Done? An Honest Memoir About Surviving Postnatal Mental Illness is poignant, moving, brave and totally relatable to anyone who has ever suffered with mental illness. Her story tells new parents: you are not alone.

To mark Maternal Mental Health Awareness week, we are sharing a short extract below.

If childbirth and motherhood are the most natural, universal, common things in the world, the things that women have been doing since the beginning of time, then why does nobody tell us that there’s a good chance that you might not feel like yourself after you have a baby? That you might even lose your head? That you might not ever come back?

We are all too conscious of the physical changes and pain of pregnancy and childbirth – I mean, from late childhood, we women have been in pain (some of us wrapped in shame too) since we started bleeding monthly as young girls. It’s no secret. But what about our minds?

As one of my friends said recently, ‘The birth of your baby is also the death of yourself.’

I wanted to snog her for her honesty.

On 3 March 2018, about three weeks after my son was born, I posted a photo of me up on social media. I’m in a restaurant, smiling, with my bright pink lipstick on, proudly holding a celebratory glass of champagne. The caption read, ‘Guess what, world? . . . I’m a MUM!’

That photo was a complete lie. And I knew it was. I was pretending to be myself. Lying to myself. It doesn’t show how terrified I am. Of the whole world. Of the slightest noise that made me jump. Of myself and my baby and of what I might do. It doesn’t show that, secretly, I want to get on a train to somewhere far, far away with Hugo, and never come back.

Six days after I posted that photo I was admitted to a psychiatric unit.

It’s not easy to admit that the worst time of your life was when your baby was born.

We’ve all seen them. The Instagram post of Mum in her cool leopard-print leggings and Nike Air Max, red lips smiling. Are those painted nails? Boy, has she got it together! Smugly poised at a laptop, earning the bacon with a plump seven-month baby swaddled in its hippy wrap (which, BTW, are a complete nightmare) sucking on her breast. The caption: ‘It’s simply doing everything I did before, just this time with a baby’.

Or there’s the New Mum at her Cross Fit class using baby as a deadweight, and another burpee-ing her way around the swings in the playground while her six-week-old baby watches on from a car seat, frowning all concerned, like: ‘Are you OK, Mum?’

Or the one of New Mum having champagne and cake with the girls. Another doing ‘date night’ two weeks before her six-week check, like, ‘ Yes, we still have sex!’ Mum is fitting back into her clothes; Mum is making papier-mâché piggy banks; drinking enough water; shaving her armpits; reading a bedtime story; going to a gig; playing peekaboo. Mum is keeping up with her favourite TV shows; reading the Booker longlist; being a good friend; making a healthy yet tasty cost-effective-probably-vegan meal; recycling; giving baby massage; sterilising. Mum is getting rid of her preg-nancy knickers when they are the only knickers she truly likes; doing her taxes; walking the dog; donating to charity; freezing bananas; learning Japanese because why not? . . . Oh look! Mum is abseiling down the Shard and still finding the time to express and write a blog about the whole experience.

Yes. Some mums can do it all. And are really good at it. But why do we feel like we have to do it all? Social media doesn’t help, because guess what guys: SOCIAL MEDIA SOMETIMES LIES . . . How do I know? Because I am guilty of it. Sorry about that.

But sometimes, if you look closely at those seemingly ordinary photographs the reality is there, plain for all to see. Behind the powder-pink babygrows and bug-eyed soft toys often lurks a scene of domestic horror, scented by washing powder and underscored by a terrifying lullaby: the frantic struggling confusion of, ‘What the hell do I do with this thing that really needs me?’ and ‘How the hell do I take care of it when I can’t even take care of myself ?’

This is en extract from What Have I Done? An Honest Memoir About Surviving Postnatal Mental Illness by Laura Dockrill, published by Square Peg