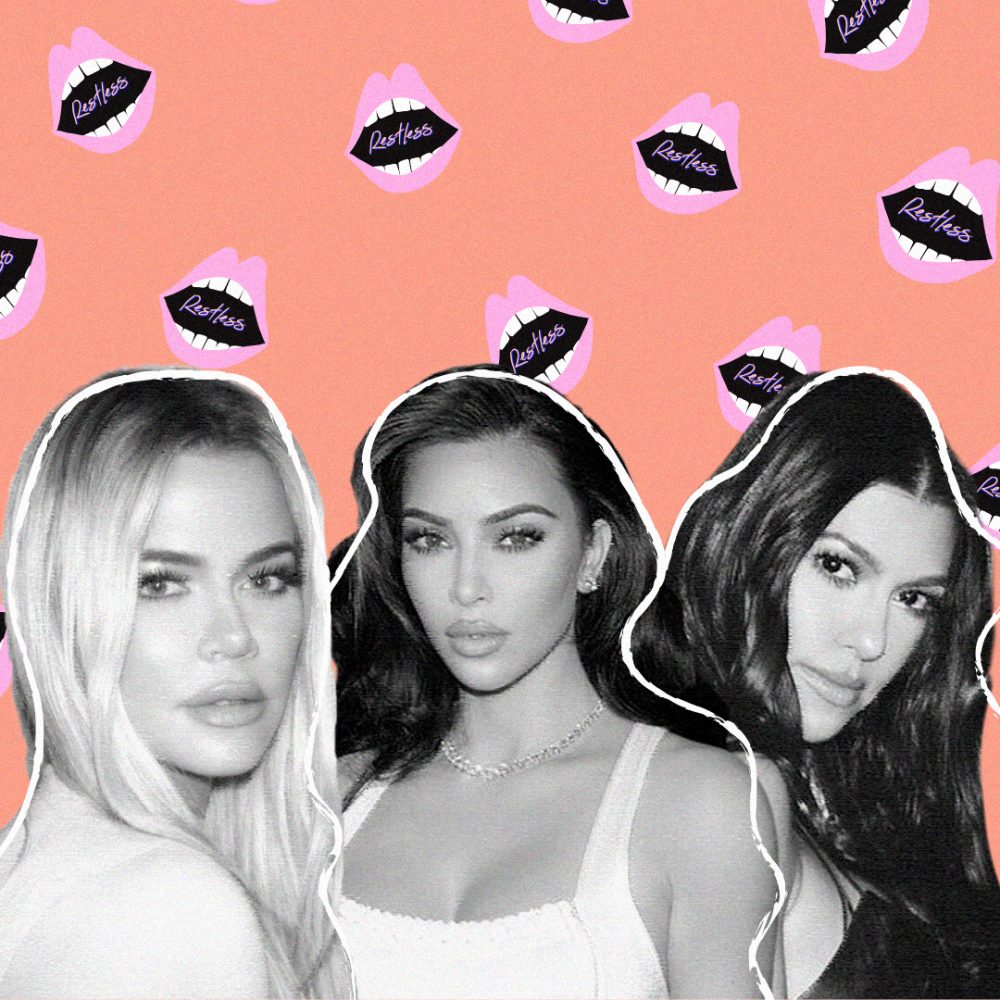 We Need To Talk About The Kardashians

Gemma Doswell explores the complicated relationship with young women and The Kardashians.

I once met a man who, on watching the full box set of Keeping Up With The Kardashians said, “I can’t find any reason why someone wouldn’t like them.”

I laughed. I thought he was joking.

Historically, I’ve thought of the Kardashian-Jenner brand as irresponsible –for women, for young girls in particular and for normalising a strange opaque version of reality. But in the same way that I used to talk about Fifty Shades of Gray disparagingly despite never having read a word of E L James (and then swept through the whole thing in three days – I stand by my views but what a page-turning triumph!), I’ve never taken the time to unpack this presumption.

Is it because the Kardashian-Jenners can afford a world-class PR team but seem to continually make appalling decisions? Is it because they’re rich, successful women who hold their beauty more focally than society is comfortable with?

Is it because they’re women at all?

She got a body to die for

The Kardashian-Jenners are not short of body critics. The daughters are scrutinised by the media from face to fingertip for their every post, pose, pap snap and candid. But their bodies are a core part of their brand. Without them, dialogue about them would be framed very differently as would, I believe, our modern expectations of female beauty.

To be clear, this is not to say that Kourtney, Khloe, Kim, Kendall or Kylie use their bodies to fetishise themselves. Similar to the paradoxical ‘she was asking for it’ – by definition, you cannot ask to be assaulted – fetishisation is inflicted by the viewer, never the viewed.

The hourglass body widely promoted by the Kardashian-Jenners has aided some incredibly positive steps towards a healthier and more varied spectrum of female beauty. Living a ‘thicc’, curvier life is empowering; it’s the new size 0. Except, is this really what they’re pushing? A few thin layers beneath, their message about body image is inconsistent.

The surgery (or not)

The Kardashian-Jenners have been open about their use of hair removal treatments. They talk about it on KUWTK, it’s on their social media, they talked about it in the press throughout 2016. But, like a serial killer admitting to once swatting a fly, this is not the point. Of course they have shaved, waxed, threaded and lasered – but it’s not reasonable to expect us to believe that this is a great admission, or reveals one of their biggest insecurities. What about Kim’s bum, nose, cheeks or silhouette? Kim is rumoured to have had tens of thousands of dollars worth of cosmetic surgery but until very recently, she denied having had any at all. She even ‘tested’ the authenticity of her bum on KUWTK.

What about Khloe’s bum, nose and lips? Or Kylie’s lips, bum and boobs? When Kylie was 17 and started getting lip fillers, she told her followers that she was overdrawing her lipstick and sucking the air out of a shot glass to get a plumped finish. “How long are we gonna talk about this lip thing lmao”, she said. This prompted very young girls to try the same resulting in rashes, bruising or, at worst, the glass breaking against their face.

It’s unfair to demonise women for undergoing cosmetic surgery – it’s our body, our choice. But for women with such far-reaching social influence, denying that their bodies are surgically augmented sends conflicting messages, namely that:

The Kardashian-Jenners would by no means be the only women in the world who might have had surgery, nor would they be the only ones who pretended that they hadn’t, but they are so vocal in their vehement denial that it questions the authenticity of their ‘reality’ and the agenda of their brand.

The culture of aesthetics

I’m not sure what my view is of cultural appropriation. I don’t know where I draw the line between appropriation and progress. The only context that I have is that when I was 21, I was sent home from the first day of a new job for having “unconventional hair”. I was told by my new manager that “If I put you on the front desk, I’ll get complaints.”

Today, my unconventional hair – cornrows, a natural afro, braids, big plaits etc – is trendy. But whilst I now feel confident with my mixed-race locks, and I know that the Kardashians have contributed to its increased mainstream appreciation, something about this feels odd.

Kris Jenner is Western European – heritage from Denmark, Ireland, Germany and Scotland to be precise – and the late Robert Kardashian Sr was third-generation Armenian-American. The hairstyles that the Kardashians often wear are not native to their heritage and, whilst this in itself is not a problem, their lack of attribution is. “Hi, can I get zero f***s please, thanks”, said Kim on being criticised for wearing her hair in braids.

For women so scrutinised in the public eye, constant criticism must be tiring. But this cannot exempt them from approaching sensitive situations with a little more humility, especially now that some of them mother children of colour, which could unceremoniously enlighten them to the other side of this coin.

However we feel about the Kardashian-Jenners, their power and relevance are unquestionable. What is worth being mindful of, though, is that they are a brand. Just as in marketing we sometimes re-frame mistakes as decisions, modern television re-frames structure as reality.

An example? Caitlyn Jenner. We have been watching KUWTK for 12 years and yet, Bruce Jenner’s gradual transition was not addressed. Of course, Caitlyn Jenner is not obliged to use the KUWTK platform as an exposé to her personal experience, but it is the brand’s responsibility to make clear that we are watching entertainment, with significant omissions, as opposed to reality.

So, what can we take away? Although the Kardashians sometimes seem unaware of their extreme privilege, they represent undeniably powerful symbols.

Kim Kardashian is now studying to become a lawyer in aid of better prison reform. Did her privilege help her get there? Surely it helped, but that doesn’t make the cause any less admirable. Kylie Jenner is the world’s youngest self-made billionaire. Was her privilege instrumental? Again, we can only assume, but that shouldn’t take away from her success. And Kris Jenner, a modern-day Lady Macbeth, has nurtured one of the decade’s most powerful brands and retained their relevance in the face of absolute controversy.

If that’s not a sign of aspiration-worthy female strength, I don’t know what is.