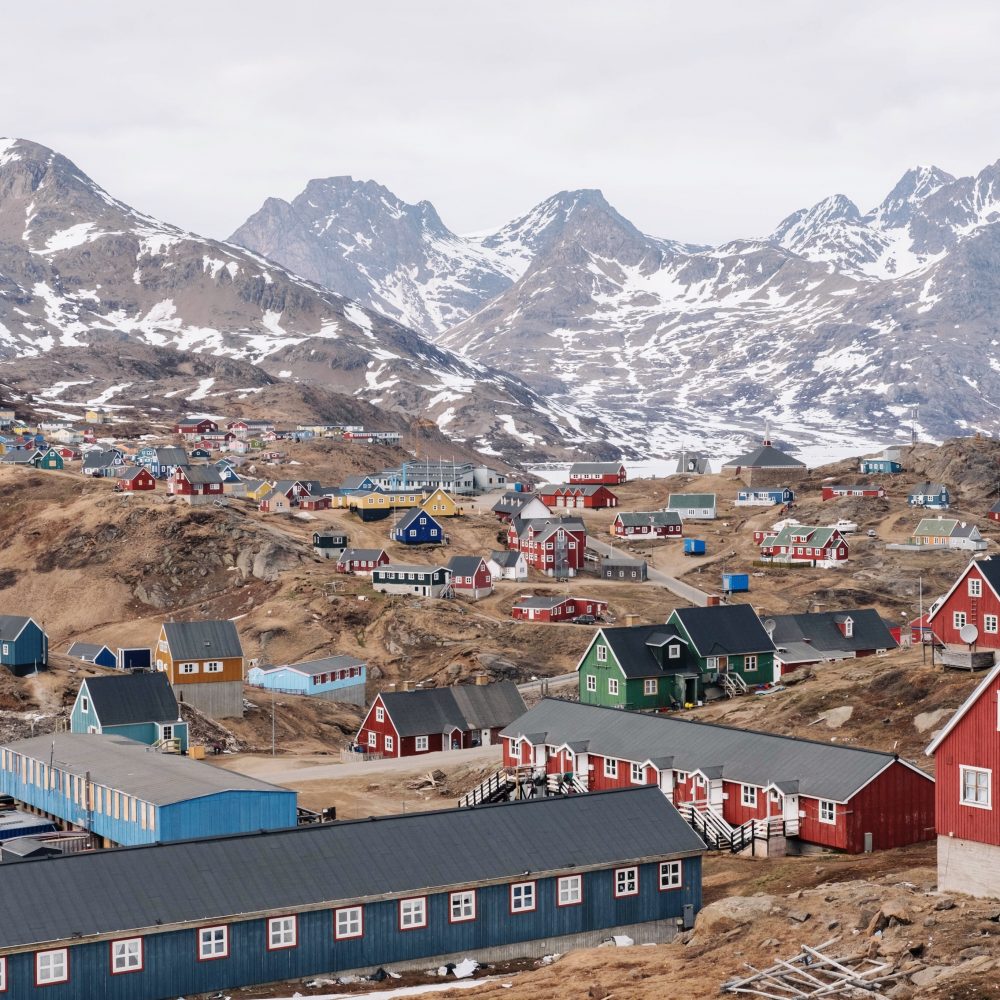 Trump Isn’t The Only One Who Wants to Buy Greenland

The situation could be more serious than we think

Once again, the Donald’s pulled a fresh rabbit out of his hat. Just when you thought he’d run out of places and people to insult, antagonize or just confuse, he runs his pinkie down a much-thumbed page of his own bestselling tome and decides to prove his artistry of the deal. And this time, he’s buying.

“What do you guys think about that?” Trump was reported to have thrown last spring across a table of head-scratching aides about his prospective purchase of Greenland. “Do you think it would work?”

This week, faced with the inevitable leak of this too-good-not-to-share curveball, he gamely doubled down, “We’re very good allies with Denmark. We protect Denmark like we protect large portions of the world. So the concept came up and I said, ‘Certainly, I’d be.’ Strategically, it’s interesting, and we’d be interested.”

Personally, this shouldn’t really come as a surprise. Donald Trump, whatever else he has done in his questionable career, has long had a canny eye for a sweet bit of real estate. From golf courses to tower blocks, he’s never been one to skip over the chance to park himself a small tee or a slightly larger ‘T’.

Politically, too, there are many historical precedents for the leader of the free world to come swooping in with his chequebook and make off with the land, often creating the most American of American spaces – quite apart from all the various annexing in its history. Louisiana was famously purchased by Thomas Jefferson from the French in 1803 – price $15million, around the $200m mark in today’s chips.

Greenland would be a particularly fine trophy, however, something that hasn’t gone unnoticed by previous US leaders. Their most recent offer of $100million came after World War II, after Americans had built military bases and radar stations there, during its status as a US protectorate. And that followed an earlier proposal to buy 80 years before that.

Why so prized? Two main reasons. The first is strategic. Against a background of rippling dissatisfaction with its Danish rulers, and legal self-rule since 2009, there is always the prospect of an independent Greenland, and this brings with it possible basing rights being handed to Russia, China or a bit of both.

Even the most sanguine of US leaders would be keen to keep this nation – the world’s largest island and one parked in North America if you’re speaking physiographically – out of the hands of China, in particular. China has the deep pockets to fund any loan to Greenland in the future and, more disturbingly, call it in later. If the country were to default, the Chinese could feasibly sweep in and take control of key resources in this Arctic spot disturbingly close to Washington.

Like others, China will also see Greenland as a freshly emerging treasure chest of natural resources. Experts ponder that it may be the host of some of the world’s remaining oil reserves, as with climate changes and melting icecaps come the prospects of digging more easily for minerals that are becoming harder to find elsewhere. Lots of incentives, then, for developers and eco-warriors alike to zoom there in their private jets.

Add to this Greenland’s location as a possible port for shipping through the Arctic and onto the eastern coast of the US and suddenly Donald Trump isn’t sounding so reckless – after all, even a broken, frantically tweeting clock can be right twice a day.

But the thing is, and it could be a big or small thing, depending on how we feel about facts and their bearing on an issue. Greenland’s not actually for sale.

If I said earlier the Donald has run out of people to insult, antagonize and confuse, it turns out there is still a bunch of people he can bemuse, and that’s the Greenlanders. Their leaders queued up this week to have a pop.

“We are open for business, but we’re not for sale,” said the foreign minister Ane Lone Bagger.

“It has to be an April Fool’s joke. Totally out of season,” tweeted the former prime minister Lars Lokke Rasmussen.

Meanwhile, over in Denmark, the mood was a little more defensive. “If he is truly contemplating this, then this is final proof, that he has gone mad,” said foreign affairs spokesman for the Danish People’s Party, Soren Espersen.

Despite all this, it was only when Danish Prime Minister Mette Frederiksen called Trump’s idea “an absurd discussion” that he finally put his foot through the floor, cancelled his forthcoming trip to Denmark and reached for his kryptonite vial that he reserves for strong women. Yes, he called her “nasty”.

In the face of such lip-curling from the White House, the Danes are so far standing firm, while Trump makes his customary move backwards out of the room.

“Denmark is a very special country with incredible people,” he retorted, “but based on Prime Minister Mette Frederiksen’s comments, that she would have no interest in discussing the purchase of Greenland, I will be postponing our meeting scheduled in two weeks for another time.” So that told her.

Which is just as well, really. For a start, somebody has to stand up to Trump’s tireless reduction of people into chattels whenever it suits him. The idea that Danes or even Greenlanders may have some sense of self-determination seems to have entirely passed him by.

More significantly, what kind of precedent would it set if they agreed? Some Danes as well as Greenlandic natives have urged the country’s leaders to accept the US’s kind ‘offer’, stating they’d rather take their chances with US governance than the ‘foreign investment’ back door routes being taken by China and other powers, equally alert to those natural assets being promised.

But if America is allowed to flutter its chequebook around whenever a passing country catches its fancy, what’s to stop other, increasingly wealthy nations having a crack? Sovereignty, not a word I thought I’d be defending in the current Brexit debacle, would have to take a back seat to whoever brings the most chips to the table. It would be like playing a game of Risk, but on the actual globe instead of a board.

The good news is, we don’t know if any of this would ever actually have come to pass. CNN’s Chris Cillizza makes a good case that the rest of the world has been forced to think about the ramifications of the sale of Greenland a lot more than Trump has. The thought was seemingly far less formed in his brain than the ensuing sulk when it didn’t happen.

But in this particular era of global uncertainty, we can thank him for, once again, preparing us for the worst.

« What’s Behind Trump’s Racist Tweets?
Is Our Identity Tied Up In Our Hair? »