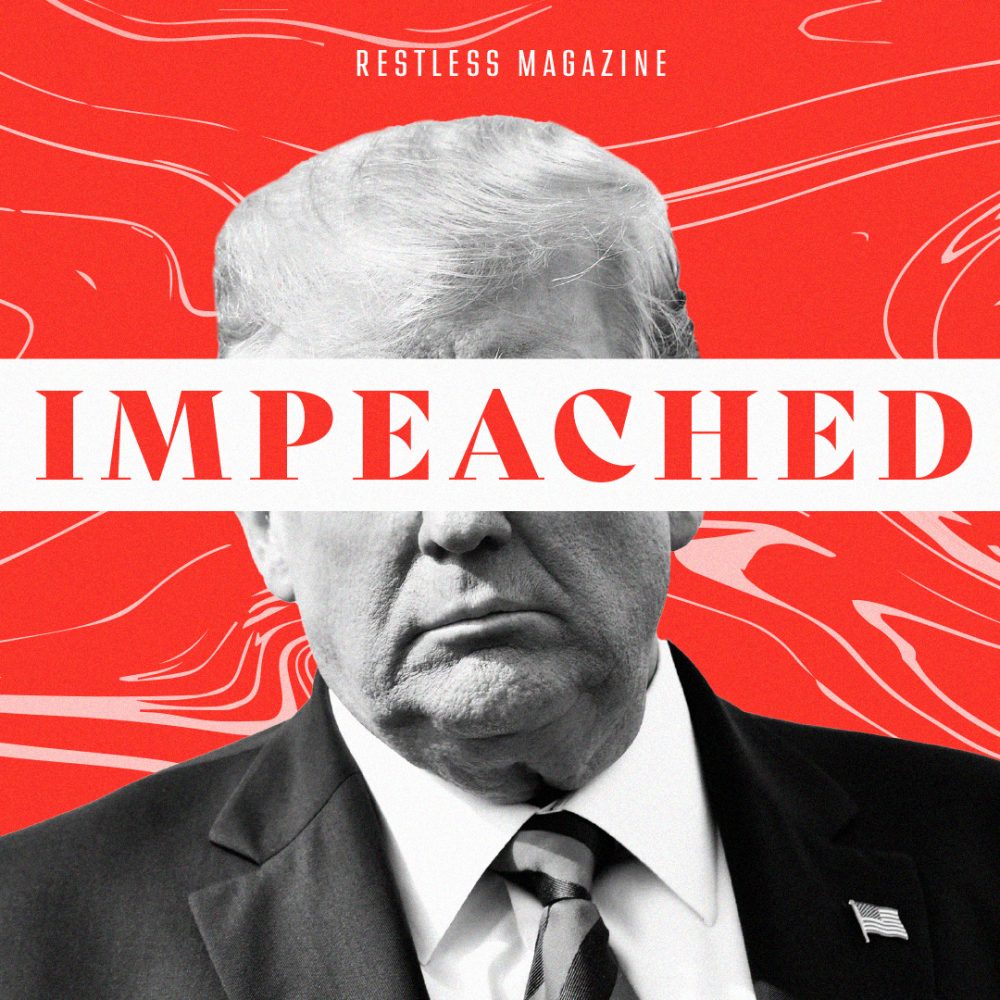 Trump is Impeached: What Now?

He’s not out of office yet, here’s why

All I wanted for Christmas was for Donald Trump to be impeached. And he has been! Well, kind of.

If you’re confused, you’re not alone.

Here’s what you need to know

The House voted on Wednesday to make Trump the third U.S. president to be impeached. The Democrats had the votes they needed, so they did the damn thing despite a small handful of defections and Presidential candidate Tulsi Gabbard pulling the ultimate cop-out and simply voting “present” at both. Ok, boomer.

How wonderful it would have been for that to be it. To wipe our hands of him forever, screaming “boy, bye” at the top of our lungs as the new year approached.

How wonderful it would have been for that to be it. To wipe our hands of him forever, screaming “boy, bye” at the top of our lungs as the new year approached.

Sorry to be the bearer of bad news but, that’s not going to happen.

For Trump to face actual consequences as a result of his impeachment, there must also be a trial in the Republican-controlled Senate. This is to decide whether Trump will be removed from office and will probably begin in early January. Given that a two-thirds majority is required for conviction, Trump is likely to be acquitted.

Plus, Mitch McConnell stated that he wants to dismiss the case without even calling witnesses. If the Senate doesn’t convict him, he’ll stay in office and will continue running for re-election. In fact, his approval rate has remained steady. A CNN poll found that 32% of Americans think the impeachment inquiry will help trump in the election

A lot of people have expressed surprise at this number. But to be honest, this statistic doesn’t surprise me at all. Like so many wealthy white men who have committed crimes they don’t want to take responsibility for when they begin to be held accountable, they attempt to paint themselves as victims rather than own up to their actions. Unfortunately, there are a lot men in America who support this type of behavior.

Unfortunately, there are a lot men in America who support this type of behavior.

They see themselves as attacked by the liberal media, and by seeing Trump’s presidency being attacked, they end up seeing a little of themselves in him too. Funny, how good we can be at convincing ourselves of things that aren’t true.

And let’s not forget that if Donald Trump is convicted, Mike Pence will be the president – and that’s not a vast improvement. Regarded as the corporate right’s best friend, it’s well known that Pence is Trump’s connection to the most conservative right wingers of the country.

When he was governor of Indiana, he signed a religious freedom bill that would have allows LGTBQ discrimination, he’s suggest support for conversion therapy, while he was head of the Indiana Policy Review Foundation, they published an article suggesting that women should not be allowed access to birth control unless they’re married.

His dream is to take down Planned Parenthood. The list goes on, but clearly, Mike Pence is a bad dude, and another bad option for the presidency.

While this impeachment was positive news to end the year on, and I wish this article could have continued in that vein, it’s hard to see how the good news will continue.