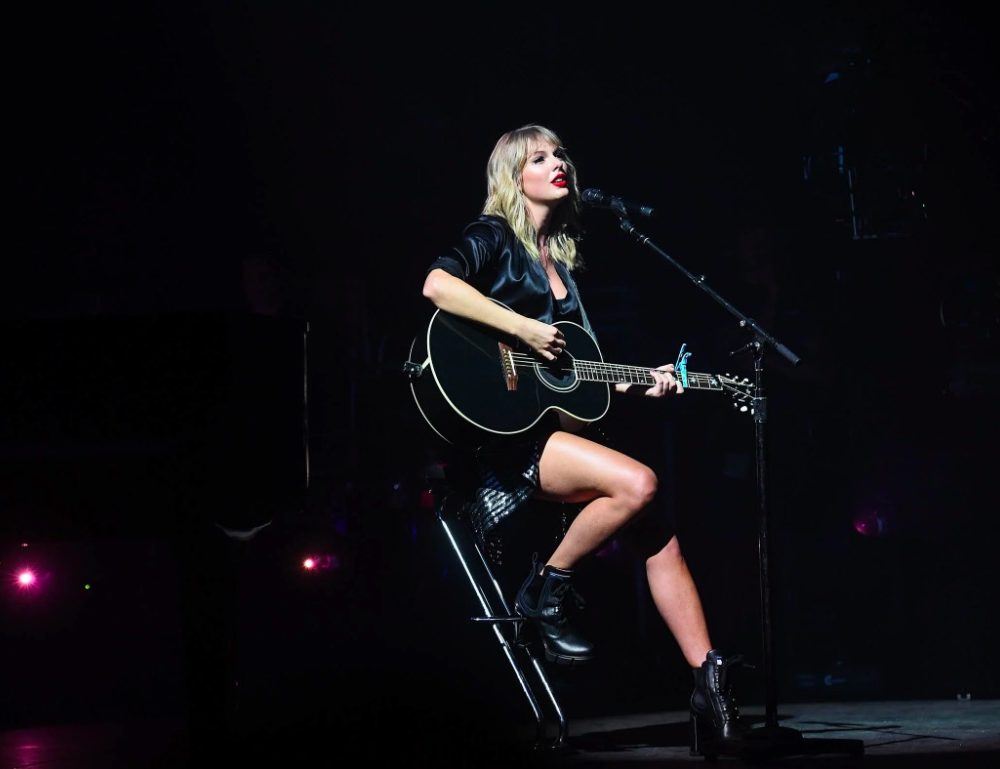 The Universality of Swift

It will surprise nobody when I say I’ve never considered myself a Taylor Swift fan. Sure, she is a modelesque global superstar, known for both her prodigious talent and her particularly wholesome brand of American optimism and relatability. But as a 37-year-old Brit with a love of BBC 6 Music, a chubby arse and a fine line in sarcasm, I did not relate. Indeed, I would go so far as to say that, on the odd occasion she crossed my radar, I found her a tad earnest. Annoying even, though I feel an unsisterly shame in admitting it. Especially now. Because, having watched her smash hit Netflix biopic Miss Americana, I can say only this: I was wrong.

Taylor Swift, as it transpires, is not just relatable to me. She is relatable to each and every woman who has ever suffered with imposter syndrome. Who has ever been overcome by an overwhelming need to people please, sobbed over a romantic failing, or been humiliated by a more powerful man. Yes, she’s sold out global tours and her tormentor is Kanye West and not Graeme from accounts. But believe it or not, the problems, if not the scale, are absolutely the same. They are the problems that come from being a woman trying to find her voice while feeling constantly under scrutiny. And they belong to all of us.

“My entire moral code, as a kid until now, is I need to be thought of as good…”, she muses, right at the very start of the film “Do the right thing, do the good thing. And obviously I’m not a perfect person by any stretch. But overall, the main thing I always tried to be was a good girl.” OK Taylor, I’m listening…

“I’d been trained to be happy when you get a lot of praise… Like, those pats on the head were all I lived for. I was so fulfilled by approval that, that was it. I became the person that everyone wanted me to be.”

Rarely do I sit down to watch a documentary and suddenly feel heard. That it was happening at the hands of Taylor Swift was even more shocking to me. But then I began to talk to friends and colleagues about the film and the response was astounding. From 20s to 40s, students to professionals, every woman I know who has seen it watched it feeling the same sense of kinship. Many had cried. I thought the enquiry “Have you seen the Taylor Swift movie?” would provide a watercooler moment. Instead, it morphed into something more akin to a group therapy session.

What the film does so very skilfully, at the hands of director Lana Wilson, is to reframe Taylor’s celebrity life in such a relateably human way that the edifice of fame as something to aspire to comes crashing down.

Take, for example, Kanye’s mic grab at the VMAs. So widely painted as comical in the media, it suddenly takes on a whole new sinister edge when viewed at a more basic level. Remove the supposedly incubating bubble of fame and what you’re left with is a more powerful man, publicly belittling and degrading a younger woman on her way up. “It was so echoey in there, at the time I didn’t know they were booing him doing that. I thought that they were booing me,” Taylor says, voice shaking, admitting the moment was a catalyst for psychological pain for months, even years, afterwards. “For someone who has built their whole belief system on getting people to clap for you, the whole crowd booing is a pretty formative experience… When you’re living for the approval of strangers, and that is where you derive all of your joy and fulfilment, one bad thing can cause everything to crumble.”

And crumble, things did. In her early twenties, seemingly at the height of her success, Taylor suffered from an eating disorder, starving herself until she became faint during shows. “There’s always some sort of beauty standard that you’re not meeting,” she rages. “‘Cause if you’re thin enough, you don’t have that ass that everybody wants. But if you have enough weight on you to have an ass then your stomach isn’t flat enough. It’s all just… fucking impossible.”

There was a sexual assault case against a radio DJ who groped her on camera – a DJ who then sued her when he lost his job, dragging her through the ordeal of a court case. And then there was the common and garden trial by the court of public opinion over her weight, or lack of it. Over her choice of boyfriends. Over her ongoing ‘row’ with Kanye in which he branded her a bitch and she, in turn, asked to be excused from “a narrative I never asked to be a part of”.

Indeed, while it is easy to forget now, Taylor became public enemy number one for a while, culminating in the famous hashtag #TaylorSwiftIsOverParty. “That was the number one trend on Twitter worldwide,” she says, seemingly still astonished by the memory. “Do you know how many people have to be Tweeting that they hate you for that to happen? We’re people who got into this line of work because we wanted people to like us, because we were intrinsically insecure, because we liked the sound of people clapping because it made us forget about how much we feel we’re not good enough. And I’ve been doing this for 15 years. And I’m tired of it.” The rest of us may have never seen our humiliation writ large across social media on a global scale. But our cheeks burn with shame alongside her. No wonder she went into hibernation.

During her two-year hiatus from fame, we learn, Swift embarked, privately, on a new relationship. She wrote music. And once stronger, she looked inside herself and, like so many women before her who fell but got back up, she emerged with far fewer fucks to give.

And herein lies the strength of Miss Americana. We, as viewers, are invited inside a process that most women go through privately. We see her find her voice. Grow into her views. Start raising the volume, little by little, even when her internal critic, not to mention her management, tells her that good girls don’t shout.

By the end of the film, aged 30, we find a woman who is still finding her way, but doing so with a new tenacity, a willingness to displease where necessary. A woman who still gives her fans what they want – sequins, glitter and songs, songs, songs – but is able stand up for what she believes in too. She criticises Trump, and her home state’s Republican candidate, leading to a huge surge in voter turnout. She launches a petition for LGBT rights, puts the URL at the end of a star-studded video, and actually YELLS about the half million signatures it’s attracted when she picks up her next VMA. And in becoming more badass, more unapologetically her, she somehow becomes more relatable. More human. More like the rest of us, despite being stratospherically other.

“I wish I didn’t feel like there was a better version of me out there. I feel that way all the time,” she says, straight into the soul of any woman existing in self-doubt. “It’s a lot to process, because we do exist in this society where women in entertainment are discarded in an elephant graveyard by the time they’re 35. ‘Be new to us. Be young to us. But only in a new way and only in the way we want. And reinvent yourself, but only in a way we find to be equally comforting and also a challenge for you. Live out a narrative that we find to be interesting enough to entertain us, but not so crazy that it makes us uncomfortable.’”

For anyone who has ever feared becoming irrelevant, this is as difficult to hear as it is empowering. And I can’t be the only one who nearly punched the air when, in summary, she reveals she no longer wants to be condemned for being multi-faceted.

Her voice may sell millions of records. But as it turns out, Taylor Swift has been singing from the same hymn sheet as the rest of us all along. It just took some of us a little longer to hear her.