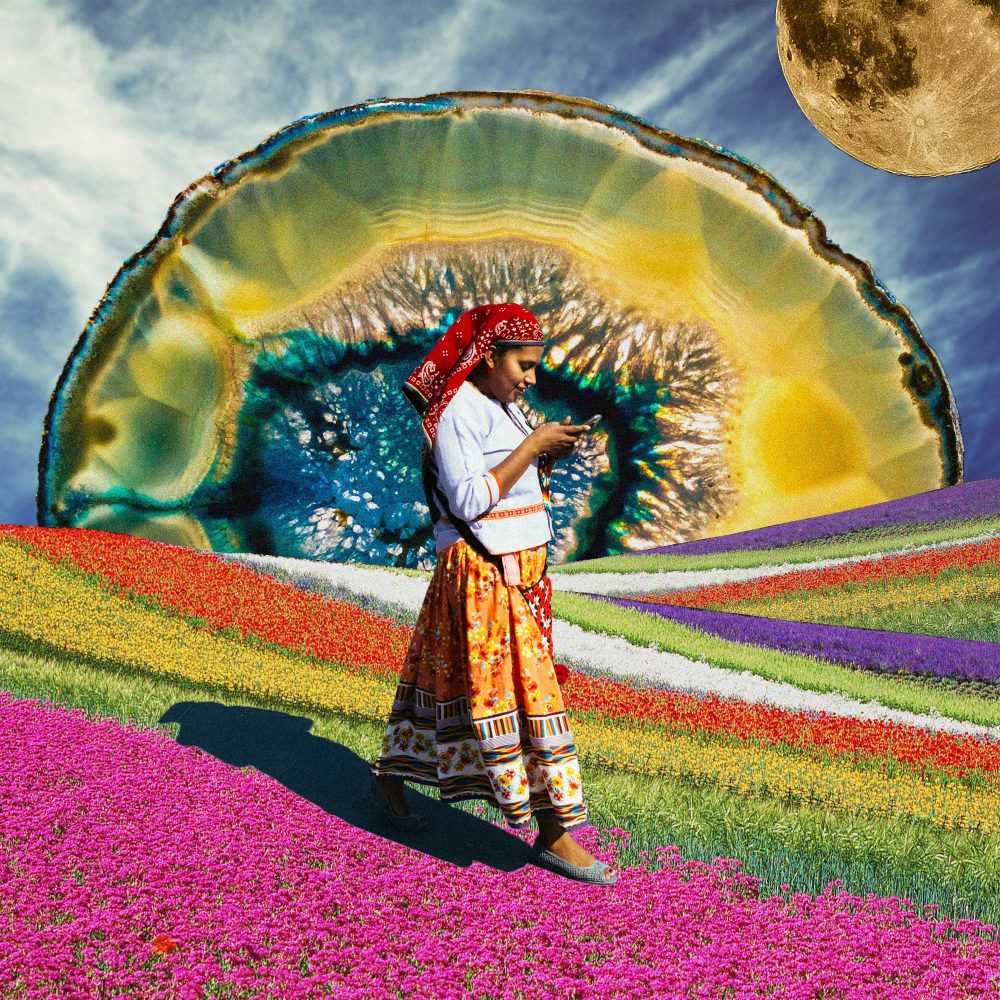 Beth Ashley explores the elusive algorithms that control what and, more importantly, who we see online

It’s no secret to women that many aspects of our world actively try to oppress us, from the schools we attend to the spaces we work within. Life is just that bit more difficult if you’re a woman, especially if you just happen to be queer, a woman of colour, disabled, or plus size.

Social media, in particular, Instagram, is no exception. Along with sex workers, sex educators, activists and artists, these minority groups are exactly who Instagram appears to be punishing.

You’ve probably heard of the allusive Instagram ‘shadowban’, something bloggers and influencers complained about a lot from 2018-19. A shadowban essentially means that if Instagram deems your content to be inappropriate or violating its community guidelines, it will make your content disappear from the hashtags you’ve used, so your work is seen by fewer people.

It was theorised that this happened to bloggers because Instagram targeted those making money from the app, without spending any, although this has never been confirmed. What has been proved true, however, is that certain types of people (or their bodies) are being automatically censored by the app’s algorithm – mainly black people, plus size women, queer people, and sex workers.

A huge part of the popularity of social media when it first emerged was the freedom it presented. Social media offered an opportunity to be creative, to speak up about topics we felt passionate about, and even strengthened our careers, opening up a lot of work opportunities. Social media bridged a lot of the gap between the classes. Before its existence, most creative industries were gatekept by white men and we only saw one type of woman represented; the thin, white, cis-gendered, heterosexual woman striking a pose on the cover of your favourite magazines. Social media appeared to break the mould, seemingly providing a solution we’d been requesting for a long time.

That’s until Instagram started deleting accounts and banning certain types of content (or users, should I say).

Salty’s promoted posts on Instagram were repeatedly rejected on the basis that they ‘sold illegal sex services’ (they do not) and had their account banned completely on a few occasions. This video (which contains nudity, but naked bodies are not listed as a violation of Instagram’s terms of service, only female nipples and images of genitalia are) is one of many posts they had removed.

In early 2019, Salty featured non-binary model Rain Dove topless on the front cover of their newsletter, and shared the image on Instagram, along with a caption listing their content for the month. Instagram swiftly took the post down, claiming it to violate community guidelines. As we’ve known for years now, Instagram censors female nipples, but not men’s, but hadn’t included those who identify beyond the binary in their guidelines. After a huge campaign from Salty’s following,

Instagram changed its censorship policy to take non-binary people into consideration but failed to lift the censorship from women.

Speaking on their own platform about the matter, Salty founder Claire Fitzsimmons commented; “Our digital world has been created for and by cis, straight, white men. When they write the algorithms, they embed all their prejudices, biases, and assumptions into the programmes, and now we’re all living in the digital world they created for themselves.”

It’s not just independent companies being targeted. Particular groups of individuals have been targeted on Instagram. A disturbing trend has surged, of plus size women having their photos shadow banned or removed entirely when posting photos in bikinis or underwear. Model Katana Fatale posted a photo of herself in an outdoor shower. After Instagram immediately removed it, Katana tried to repost, but it was taken down again for ‘violating Instagram’s community guidelines. I’ve also had an image of myself in underwear get immediately shadowbanned when the photographer posted it.

Recently, queer feminist artist Venus Libido, who often illustrates pieces with themes of sex and relationships recently made her way into the press after her account was completely removed from Instagram. With a thriving art career built on Instagram (she now has 127,000 followers), Venus relies hugely on her account to get regular work and promote her business.

Venus was banned from Instagram and her account was removed after she received unsolicited ‘dick pics’ over direct messaging and reported it to Instagram. The minute she confirmed the report, her account was gone.

Only after a huge petition was raised and viral attention was brought to the matter, was Venus’ profile reinstated. Like Venus, many artists and performers rely on Instagram for a stable income stream and removing an account (especially without reason) can cause a lot of harm.

Plus-size model Sara Boswick aka Boz the Bold says her engagement on Instagram plummeted following a shadow ban that was implemented the same day she posted a confident picture of herself in a bikini “I posted a picture of my fat self in a string bikini. There was no indication from Instagram that my content was being shadowed, or why it would be shadowed in the first place. Since the shadowban, the activity on my page has been very limited, with nearly no growth. Large, femme or queer bodies are not welcome.”

Carolina Hades, a pole dance performer, instructor, and PhD student, advocates (as part of her thesis) for censorship or removal of social media posts containing hate speech or harassment, and for human rights law to be incorporated into social media moderation. While developing this aspect of her thesis, she became aware of the problems with banning individuals from particular communities on Instagram. “What I’m finding is that there’s a free-for-all on hate speech on social media, while women and minorities’ bodies are censored instead”.

Carolina is one of the founders of Everybody Visible, a group of activists launched in response to Instagram’s targeting of oppressed people. “EBV launched on International Internet Day (29 October 2018), and we encouraged everyone to post a picture with our hashtag, sharing their own stories and tagging the CEOs of Facebook and Instagram. Even artists Spencer Tunick and Dita Von Teese joined in.” Thousands of people joined in, and eventually, Instagram chief Adam Mosseri acknowledged their demands in an Instagram story.

“I joined Everybody Visible as a lot of women and minorities are often targeted with harassment – from trolling to cyber-flashing. However, more often than not this happens either via DM or through accounts who have nothing “risqué” on their own profiles, so nothing gets done to protect vulnerable users, who often have to get off the platform to look after themselves.

Everybody Visible asked their community to change their gender on their account, [marking their profile as a ‘man’ rather than ‘woman’ or ‘other’] and they found an incredible benefit from it in terms of engagement.

The fact that the guidelines clearly state female nipples are not permitted on Instagram and hashtags like #woman or #femalefitness were shadowbanned while #malefitness and #male were not, is further proof that Instagram’s infrastructure is repeating the inequalities that we experience in real life.”

In 2019, Carolina along with a group of other pole dancers particularly focused on protesting Instagram’s blocking of pole dancers. Approaching Instagram with an array of questions and presenting demands, Carolina received a response from Instagram admitting the shadowban exists and apologised:

“A number of hashtags, including #poledancenation and #polemaniabr, were blocked in error and have now been restored. We apologise for the mistake. It is never our intention to silence members of our community.”

Tech Crunch’s investigation into Instagram’s algorithms shows that a woman displaying cleavage is considered equally as graphic as a man masturbating. Even more alarmingly, Salty read through the terms of service Instagram had as of July 2019, which detailed a lot of regulations regarding women and which poses, swimwear or body parts were considered inappropriate. There was not a single regulation that mentioned men. Every single policy explicitly states that women are the target of regulations. The failure to include men at all in their policy means that female-led businesses of any kind are scrutinised more than nude men on Instagram. This terms of service document use binary gendered language throughout which, by design, erases the experiences and of trans and nonbinary people.

The bias these algorithms, terms of service and policies are created with cause detrimental harm to queer folk, black people, plus size womxn, sex-positive people and sex workers. Not only does it reduce their ability to make money and promote their businesses online, but it reduces their visibility. Oppressed people deserve to be seen.

Everybody Visible’s demands are simple:

The last demand is most important, as Instagram is reducing the visibility of people who are already marginalised in society. For example, LGTBQ+ folk, black people, plus size women and sex workers are the most targeted by Instagram’s discriminative moderation policy. This type of censorship is also dangerous for children belonging to those groups who are using the app, as they’ll grow up without seeing the representation of themselves on social media. At the core of Everybody Visible’s campaign, is a yearning for a diverse space where everyone can feel comfortable, welcomed, and represented.

On Wednesday the 30th of January, members of the Everybody Visible campaign protested outside Facebook’s London headquarters with a dance party protest, led by sex worker and activist Rebecca Crow. Talking to her Instagram followers about the event, she says “ I am protesting Instagram’s censorship of sex workers, pole dancers, artists, activists, LGBTQ+ communities, plus-size communities, and people of colour. Anyone Instagram doesn’t like, really. Instagram has one of the biggest user-bases worldwide, and when you scroll through your feed, the algorithm is influencing what you see. Children are growing up on a platform where there’s no diversity. Representation is so important for social media because people need to know what’s going on in the world and grow to appreciate the difference. We are here to make our voices fucking heard”

Historically, women, people of colour, disabled people and queer folk have been erased from data and the history books.

Black female scientists’ discoveries were attributed to men, female authors could only succeed in publishing using masculine pseudonyms, and queer technology pioneers had their sexualities buried before their achievements could be celebrated. These issues with Instagram’s programming are continuing the same violent erasure, only digitally.

The deleting of creative work from communities that are already oppressed is abusive and removes their voices and their work.

« Depression and the Diaspora
The Fine Line Dividing Cute and Creepy »