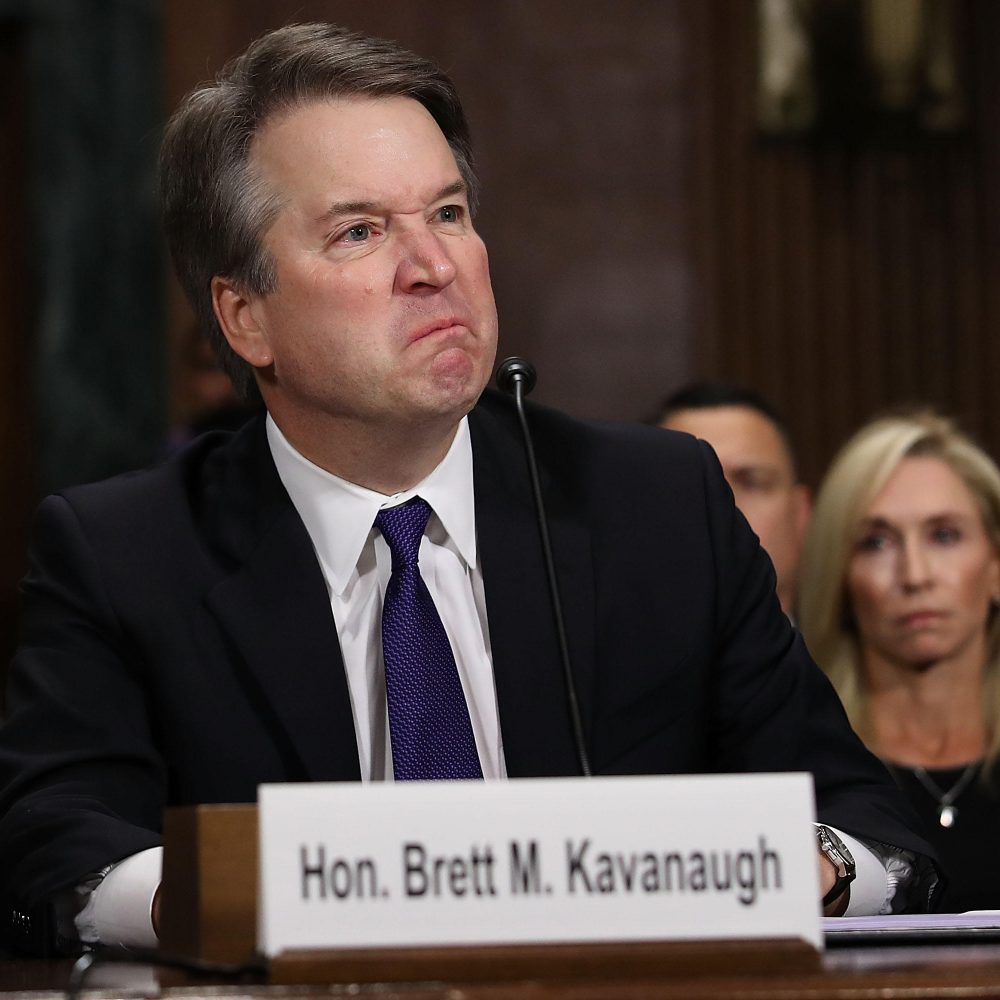 The Problem With Brett Kavanaugh

Certain men among us have a lot to be angry about these days. Their favorite comedians are being canceled because bores on the internet can’t take a joke, even if it’s a racist one. Their single-use plastics are being taken away because tree-huggers are literally grasping at straws to save the planet. Their Starbucks holiday cups are just never the right kind. The #MeToo movement is out for blood and they can’t even talk to women in the office anymore; no one is safe.

We all know the type. Their list of grievances is long and harrowing, but not very democratic. While the targets of male rage culture are endless, they don’t always hold much room for women and the violence perpetrated against them. Men like this may complain for hours when cut off in traffic, but will audibly wonder why women harp on about past sexual assaults. They’ll shout obscenities at the slightest inconvenience, but scoff at a woman’s rage when she is allegedly groped against her will, pinned down and gagged until she can’t breathe, and violently humiliated as her assailant laughs. What’s the point of dwelling on this, they’ll ask. It’s just boys being boys, they’ll say.

If you need proof of misdirected male anger, look no further than the outrage over Supreme Court Justice Brett Kavanaugh’s confirmation hearing last year, specifically Dr. Christine Blasey Ford’s testimony that he assaulted her when they were both in high school. Now, new allegations of sexual misconduct have come to light in a New York Times piece adapted from “The Education of Brett Kavanaugh: An Investigation,” a book by two Times reporters who covered his confirmation hearings.

These new allegations have reinvigorated the backlash over Mr. Kavanaugh’s Supreme Court nomination as the flurry of “he said, she said” intensifies. Conservative sites continue to report that the accusers’ claims were disproved. Other outlets, including the Times in this newly published book excerpt, claim that dozens of sources who could corroborate allegations against Mr. Kavanaugh were never interviewed by the FBI. In fact, the FBI’s entire investigation into these allegations concluded in less than a week without so much as an interview with Dr. Ford, her key witnesses, or Mr. Kavanaugh himself. Mr. Kavanaugh has denied these allegations.

Certain Democrats have renewed calls for Mr. Kavanaugh’s impeachment, further inflaming his supporters and apologists. This outrage is not limited to Republicans, however, as rage culture knows no political affiliation. A whole assortment of “liberal” men expressed similar frustration at the scrutiny faced by Mr. Kavanaugh. The mistakes of one’s youth should not ruin one’s future, rang the cross-party line (the only common ground that currently exists in American politics, one that seems to solely apply to certain white men), as if sexually assaulting a stranger was akin to skipping too many classes in high school. One friend of mine, a card-carrying New York Democrat since birth, was so incensed at Mr. Kavanaugh’s perceived mistreatment that he switched his voter registration to the Independent Party. It’s amazing how certain kinds of anger fuel momentum.

Probing some of these men got me closer to the root of the issue. When I asked if they thought Dr. Ford was lying, they all said they believed her, that men sometimes do inappropriate things to women when they’re young. When pressed, in turn, to remember how many women they had assaulted at that age, they were all quick to deny that they would ever do such a thing.

There’s the hypocrisy right there. It’s not that they don’t think Mr. Kavanaugh behaved as alleged. It’s that they believe beyond a doubt that what he did is not a big deal. They believe that it happened, but that it’s not worth talking about. They believe that it’s something men do, but wouldn’t want to be accused of it themselves. Behavior like this is apparently below the standards of your average East Coast millennial, but is somehow forgivable, even acceptable, for a man who should be above reproach, a man who has received a lifetime nomination to the most important court on Earth.

Why, then, is female pain and rage overlooked, diminished, deemed as hysterical or discounted as an overreaction? Are these feelings trivial when the bright futures of Important Men are to be considered? Are angry women just not let in on the joke? The Times’ own tweet announcing their story, since deleted, framed the allegation that Mr. Kavanaugh shoved his genitals at an unsuspecting woman as “harmless fun”. For many men and women alike, he is the real victim in this ordeal. Referencing the inconvenience of this media storm, President Trump tweeted that Mr. Kavanaugh was the one being “assaulted”. It appears that the things Important Men do to women over the course of building their own lives and careers are merely seen as collateral damage.

This casual misogyny enables an unrelenting rape culture that has far-reaching influence, particularly in the justice system. Consider convicted rapist Brock Turner who only served a three month jail sentence after the judge took into account the “huge collateral consequence for Mr. Turner based on the conviction”. Earlier this year, Shane Piche admitted to raping a 14-year-old girl and Michael Wysolovski admitted to keeping a teenage girl as a sex slave in a dog cage for over a year. Neither would receive prison sentences. According to data conducted by the Rape, Abuse & Incest National Network (RAINN), out of every 1,000 rapes, 995 perpetrators will never see the inside of a jail cell.

Yes, it’s a cruel world out there for certain men. “My family and my name have been totally and permanently destroyed,” Mr. Kavanaugh said at his hearing, and later went on to take his seat among the world’s most powerful men, a position he will hold for the rest of his life. It’s funny how some of us bare the scars while others play the victim. Now that the undertow of collective rage and hypocrisy has reached the highest court in the land, it’s legitimacy comes into question and the consequences are yet unknowable. So much must be done to ensure that perpetrators are held accountable for their actions, but our hands are tied and the wolves are howling from the rooftops.

« Bigger Bodies Should Not Be Hidden
The 30th Birthday, Break Up Holiday »