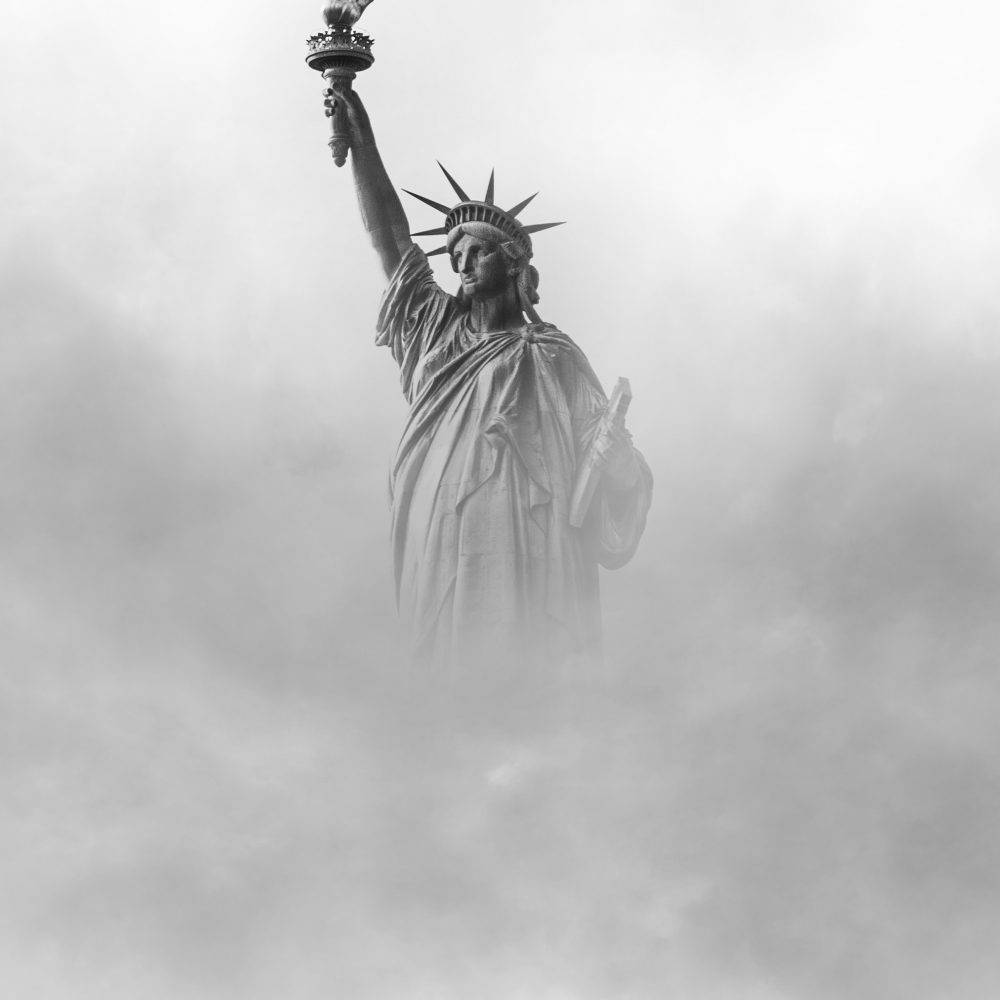 Late night Twitter tirades have come to be expected from the current occupant of the White House. But when the leader of the free world recently singled out “The Squad,” four progressive Democrat female congresswomen of colour, telling them to “go back” to where they came from, he attracted widespread international condemnation for his racism. And rightly so. Yet the scrutiny levelled at Trump has broadly operated from the assumption that men and women experience racism in one and the same way, leaving the true intersecting layers of racism and sexism underlying the president’s statements largely unexamined.

It’s a viewpoint that has allowed onlookers to decry racism and express disquiet, while underplaying the cocktail of misogynoir embedded within Trump’s words.  Because while media coverage of Trump’s tweet storm has repeatedly emphasized how the president’s message is designed to appeal to the white male base who swept him to power, when we actually unpeel the historical layers of sexism and racism that connect the words, a less obvious picture emerges. One in which the allure of the words to some white women voters also comes into sharp focus.

Many pundits have described Trump’s attack as a revival of Jim Crow era ideologies. However, worrying parallels exist between Trump’s language and tropes woven far deeper into the fabric of American society. Yes, the words “go back home” are heavily weighted by America’s history of segregation, but they are in fact rooted even earlier, within the dehumanizing logic of slavery and the way white colonists positioned black womanhood.

Throughout the 17th, 18th and 19th centuries, white colonial social order hinged upon the defence of a specific hierarchy of identities prescribed to men and women. Within this slave-powered economic system, black men and women were considered tradeable commodities. As Phillip Magness and Sebastian Page, authors of Colonization After Emancipation outline, this dehumanizing reconciliation for the use of slave labour far from evaporated with emancipation or abolition. Instead, imagined character traits and stereotypes concocted by slave owners were continually embraced and black men and women were readily cast as subhuman. Meanwhile, rather than promote integration, politicians sought to expatriate freed slaves. Between 1816 and the 1860s, politicians including abolitionist Henry Clay, called for the expatriation of freed slaves. Abraham Lincoln, often celebrated as an abolitionist, is known himself to have spearheaded several efforts to send freed slaves to Haiti, Panama and Colombia.

For black women, this history and its legacy has dealt an even more nuanced set of circumstances. As bell hooks illustrates in her landmark feminist work, Ain’t I a Woman, black women became the repository for many of society’s anxieties. Manumission may have existed and abolition may have been up for debate, but throughout the 19th century, the dehumanizing identities created by slavery were increasingly weaponized against women. After all, any increased power black women could obtain, or any free-born children black women had, signalled an existential threat to white supremacy. As a dismaying consequence, a slew of justifications for sending women “back to Africa” emerged, all pegged to invented tropes of black womanhood. Having been subjected to centuries of sexual terrorism as a means of social control, black women became labelled as dangerous, immoral temptresses who would lead white men away from the purity of the white family.

The oppressive reverberations of these notions are made clear by bell hooks as she details how myths of black womanhood have been repeatedly recycled. Modern history as she illustrates it, is threaded with oppressive characterizations of black women, all held up against a constructed patriarchal ideal of pure, innocent, modest and respectable white femininity. From objectified Jezebels and duplicitous, domineering, cat-fighting Sapphires, to unintelligent, desexualized, subservient workhorse Mammys — not to mention the Aunt Jemima prototype of “acceptable” black womanhood — culture and media have served to erase black women’s identities.

Fast forward to today and by doubling down on depictions of “The Squad” as a dangerous, domineering wing of Democratic party to be kept in check by the likes of Nancy Pelosi, Trump recalls these very same figures of the white imagination.  By doing so, he not only stokes a sexist fear of women who do not adopt passive roles, but also seeks to diminish black feminism, silence women of colour, gag intersectional feminists and force attention towards white women’s political power, which by this dangerous mentality, is positioned as more trustworthy.

That this barely veiled backlash and call to white women to distrust politicians of colour accompanies the launch of the Trump 2020 campaign’s Women for Trump coalition, is perhaps of no coincidence. Especially as recent polling figures have indicated a wane in his female support. In fact, a June poll from CNN has placed Trump’s disapproval rating with women voters at 62%, versus a 43% disapproval rating with male voters*.

Equally, Trump’s renewed vilification of black women, with all its historical echoes, may stem from the fact that black women have emerged as the most powerful voting bloc in America. As Feminista Jones outlines in her book Reclaiming Our Space: How Black Feminists are Changing the World From the Tweets to the Streets, black women constitute a singularly influential, pioneering force on the political landscape. She argues that today it is black women who do “the hard work of challenging the status quo, shaping culture and advocating for social, economic and political advancement and equality for women.” Not to mention creating and consolidating the digital techniques and tools needed to build and rally online and offline communities.

All of which leads to the real reason the negative tropes underlying Trump’s message should be understood. Because, as Feminista Jones powerfully illustrates, historical stereotyping plagues the entire political spectrum. Albeit in different ways. For every progressive black female politician like “Squad” member Ayanna Pressley, there are thousands of white liberals who are happy to perform their wokeness and activism online, while still offloading real grassroots work to black women. As left-leaning feminists leap to the defence of “The Squad”, Feminista Jones invites us to think about “Mammy 2.0”. Or in other words, the ease with which many “allies” casually Instagram Toni Morrison quotes and tweet “listen to black women,” all the while co-opting the tools created by black activists and passively leaving all the hands-on work to women of colour. Evidence of Trump’s racism is inescapable, but it is also time we used the historical blueprint of his words to ask: who is depending on the Mammy trope now?