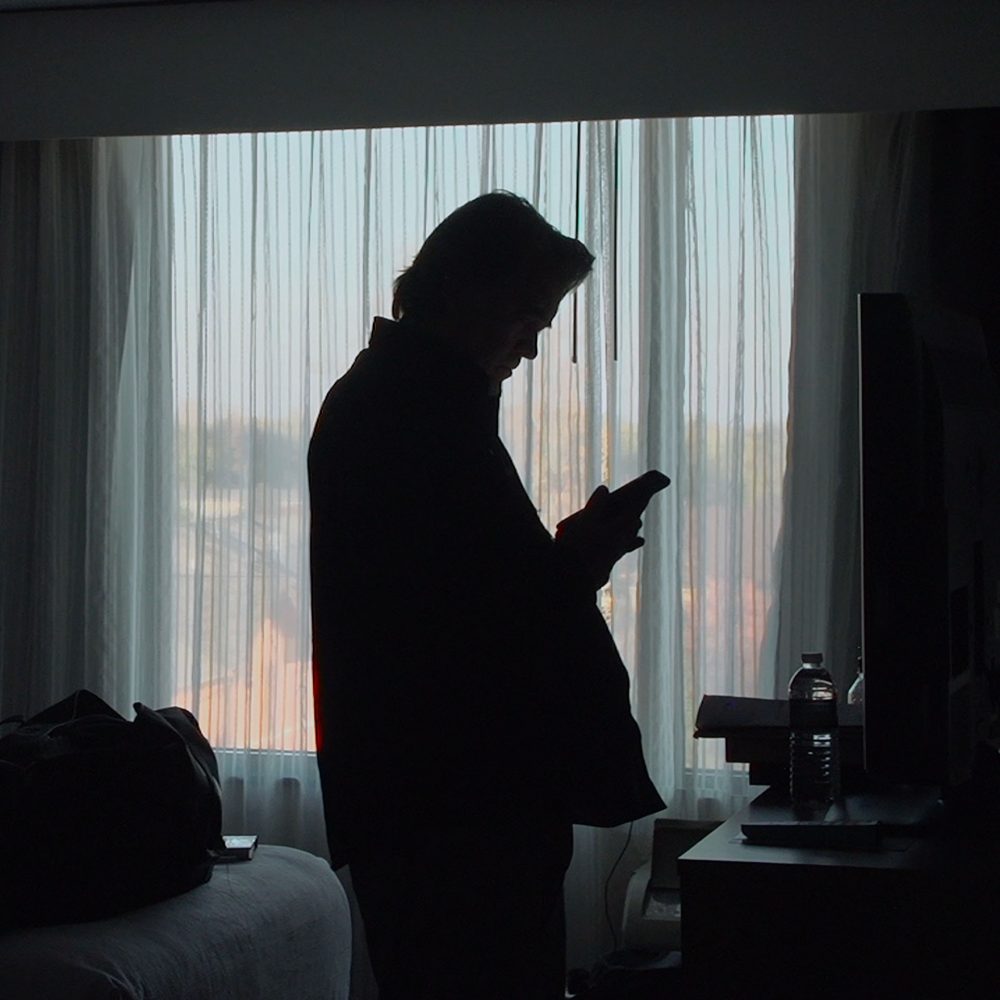 Where Are All the Women, Steve Bannon?

Caroline Frost reports on the questions raised by fly-on-the-wall doc, The Brink

‘Women belong in all places where decisions are being made.’ So said Ruth Bader Ginsburg, the second female Supreme Court Justice in the US, and an icon everywhere for equality.

Clearly one of the many people who didn’t receive the memo is Steve Bannon, judging by the overwhelming deficit of female voices, and faces, in a fly-on-the-wall documentary of the months following the exile from the White House of Donald Trump’s self-professed kingmaker.

For ‘The Brink’, director Alison Klayman got up close and sometimes personal with Bannon as he travelled across the US and Europe, seeking to lend intellectual ballast and poll-winning strategy to those populist politicians seeking power at the European elections. Men, men, are everywhere, from Bannon’s fawning core team, to the pale political faces seeking meetings in anonymous conference rooms. Nigel Farage is in the film, naturally, although it emerged last week that Bannon’s chats with aspirant Tory leader Boris Johnson didn’t make the cut, with that footage instead passed to the Guardian.

Where in all this are the women? Despite Bannon’s previous espousal of populists like Sarah Palin, there is a yawning absence of any even box-ticking female figures in the film. While Klayman is keen to point out that the strategist does have a woman publicist working for him in Washington – “she didn’t really want to be filmed, but at the same time, she wasn’t travelling with him at this point, so it wasn’t like I had to deliberately film around her, she just wasn’t there” – she’s quick to make the wider point that this disparity tells us much about Bannon’s world view:

“His world that he travels with, is very male, for all of his previous support of figures like Palin, and just as he says his movement isn’t racist, and that he is very supportive of women and equality.

“I think you have to take his thinking and extend it further, all these concerns about birth rates and who’s sitting around the table, his desire for more traditional lifestyles… his worldview, the cornerstone is not particularly feminist or progressive.”

Klayman spent 13 months, on and off, filming with Bannon, which meant he got used to her presence beside him, sometimes calling attention to her, at other times closing the door on her, particularly when money was being discussed. While he was always civilised, she hints that there were occasional leaks of his more traditional mindset:

“He would often call attention to the fact that I was a woman, or that I was more left-wing than him, called me ‘my commie filmmaker’. He treated me with respect but I think, ultimately, from his vantage point, I would be very easy to underestimate, and I hoped that would happen. My daily mantra was, ‘Let him underestimate me, let me never underestimate him.’ The second of those is incredibly important.”

‘The Brink’ came into being through producer Marie Therese Guirgis, who had worked for Bannon two decades before and stayed in contact throughout his chapters at Breitbart News and later the White House. While he took months to be persuaded to participate, the film reveals him clearly enjoying the process, with so much attention on him as he sought to reinvent himself as the leader of a global populist movement, and totem for the alt-right everywhere. For Klayman, though, every day of filming throughout 2018 was a series of intense, sometimes daily, discussions:

“He would act like ‘whatever you need’, but a daily negotiation would have to happen, not necessarily with him, but with his staff or the person meeting with him. He liked to act as though he was very easygoing, the whole goal was to watch him interact with other people. Sometimes people agreed, sometimes they didn’t.

“The film seeks to portray him realistically, sometimes smaller than life, and to do that, you have to have patience and never take someone for granted, I never played into any kind of persona, never downplayed my intelligence, but I also never over-shared about myself. It wasn’t that hard to have him talking about himself and me listening.”

Producer Guirgis has revealed that Bannon is no longer talking to her following the film’s premiere at Sundance earlier this year, and it clearly isn’t the puff piece he perhaps anticipated. For Klayman, in the room when he both addressed far-right audiences in America and in his more frank conversations, the surprise is that he remained so consistent, the worry for her lying in the fact that it transpires Steve Bannon isn’t actually playing to the gallery, he does actually think all those things.

She says now: “If you found yourself watching and your eyebrows going up, mine were too. Bannon is self-aware and self-deprecating, but he was often saying things that were more revealing than he intended. I thought he would try to work me more in the in-between times, try to distance himself from some of the more extreme positions or conspiracy theories, but I found even with the camera off, he still talked about those things.

“He could have pretended he thought things more my way, but if anything he was more conspiracy-minded. If he had tried to play me, I would have done things differently. I’m surprised he didn’t try to seem more reasonable.”

13 months in anyone’s intimate company is bound to create a nuanced view, but it seems all that time with Steve Bannon has done little to shake Klayman’s conviction he is on the wrong side of history.

“I think he’s a force for bad, but in some ways he’s being propelled by very classic, pre-existing forces and structures –relying on hate, fear and anger, and proposing cruelty, xenophobia and exclusion as a way to improve people’s lives, that’s an old story.

“Even more troubling is the way he is very much part of the mainstream Republican Party, of corporate wealth, who he keeps company with and who is supporting him.”

‘The Brink’ has been criticised in some parts for lending the oxygen of publicity to an already over-exposed zealot, but for Klayman, it’s about “getting the receipts”.

She says: “It may conform to precisely what you think these people stand for or what they do, but to really see exactly the form it takes, to know that you have seen it with your own eyes is really important.

“Ultimately, it’s a film that leaves audiences with better questions than when they started. It’s more of a proper look at what’s going on so we can ask, how can we use this information to fight the fight better?”

The Brink opens in UK cinemas and is available on demand on the 12th of July.