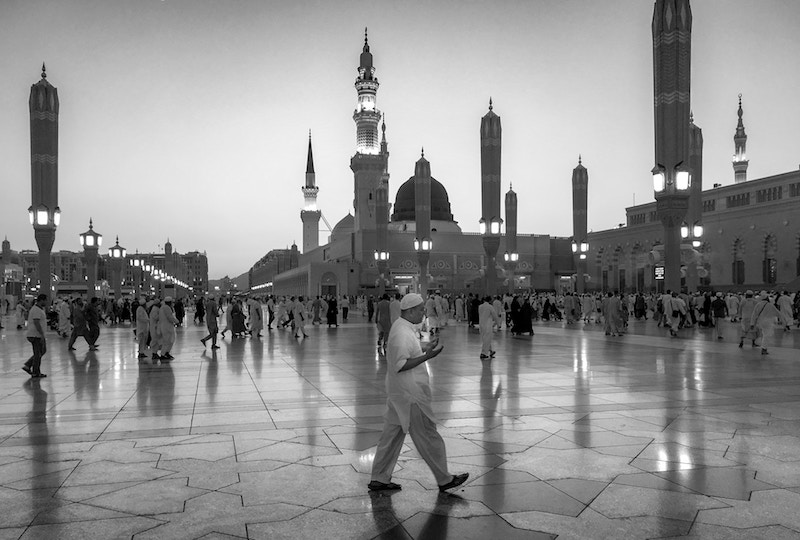 The Activists Saudi Arabia Don’t Want You To Talk About

According to The Global Gender Gap Report in 2018, Saudi Arabia is the ninth-worst place in the world to be a woman. It is a country with several laws restricting and controlling the actions of women.

However, since Crown Prince Mohammed bin Salman took up his role in 2017, many of the restrictions placed on women have been considerably loosened, if not lifted altogether.

Women are now allowed driving licences, with the first valid licenses being issued in mid-2018. The male guardianship system – which requires women under 21 years old to gain permission from a male guardian before travelling – has been removed. Women can now be the head of a household; women can go to the cinema, an activity which was previously banned. The list goes on.

On the surface, things are improving for women in Saudi Arabia. Daily life is a little more manageable. But these small concessions place us in danger of ignoring the numerous ways in which Saudi Arabia continues to violate the basic rights of its women.

Firstly, while the restrictions have been loosened, many aspects of women’s lives are still tightly controlled. Women still need permission from a male guardian to marry, be released from prison and – most disturbingly – to leave domestic violence shelters. This last law has gained considerable criticism from human rights organisations, who say that this places victims of domestic violence at considerable risk.

In addition to the fact that there are still severe restrictions placed on women in Saudi Arabia, the incarceration of women’s rights activists in the country is also of great concern. There are currently fourteen activists standing trial for advocating women’s rights in Saudi Arabia. In March 2019, three women were temporarily released from prison following immense international pressure. They are still awaiting trial.

One of the most well-known prisoners is Loujain al-Hathloul – a feminist activist who has been jailed three times for protesting against the driving ban. Hathloul was arrested on the 15th May 2018, only a few weeks before the Saudi Government were planning to lift the very driving ban that she was protesting.

Hathloul, Badawi, and Saadah – along with the eleven other women – are being held in Dhahban Central Prison.

The imprisoned women have stated that they have suffered horrendous mistreatment in prison – including sexual harassment, waterboarding, and electric shocks. Hathloul has been imprisoned for over a year and was reportedly offered a deal: her release, in exchange for her denial that she was tortured. She refused the offer and remains incarcerated.

What, exactly, are Hathloul and the fourteen activists accused of? Technically, they were detained for violating Article Six of Saudi Arabia’s cybercrime law – a vague law often used to jail human rights activists. The legislation prohibits ‘producing something that harms public order, religious values, public morals, the sanctity of life, or authoring, sending, or storying it via information network.’ Experts who have seen the list of charges against the activists have said that they are essentially a list of peaceful protests and activism.

“If Saudi Arabia wants to show the world it is truly serious about improving the rights of women, the authorities must drop all charges against the defenders of women’s rights who have been crucial in pushing for these kinds of reforms through their activism,” stated Lynn Maalouf, Amnesty International’s Middle Eastern Research Director. “They must immediately and unconditionally release all those who are in detention for fighting for these most basic of rights,” she continued.

As Amnesty has said, the fact that these women are still incarcerated for protesting against a law which doesn’t even exist anymore certainly demonstrates a level of reluctance to truly liberate the women of the country.

Some speculate that the imprisonment of these women is an attempt to shut down criticism of the crown prince. Indeed, the counter-intuitive nature of this situation – women imprisoned for protesting against restrictions that have now been lifted – highlights an underlying issue.

The women incarcerated asked for these freedoms and these freedoms were subsequently granted. What does that say to the women of Saudi Arabia? That if you fight hard enough and long enough, you may eventually be heard. It tells women that they have the power to change things.

If these women are released, the easing of these restrictive laws are no longer the benevolent action of male royalty; it is a successful revolution, led by women.

It is one thing for a man to compassionately grant the women of his country certain freedoms: it is quite another for those women to ask for those freedoms and get them. If these activists are released, it shows Saudi’s citizens – of all genders – that rebellion and criticism of the crown prince not only go unchallenged but that it is effective. That is very dangerous indeed.

With the mounting international pressure, it will be interesting to see what the future holds for these activists – whether they will be released and under what circumstances. And, if they are – what for Saudi Arabia then?