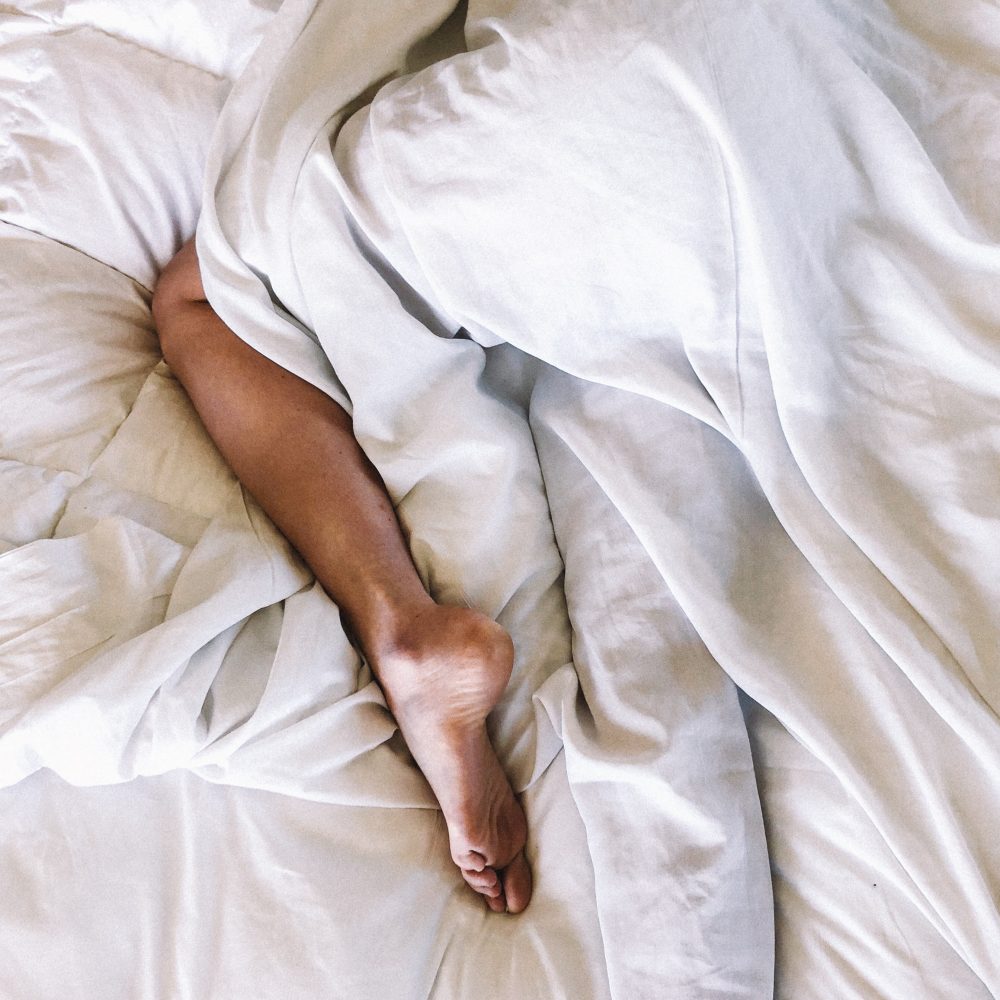 So, You Want More Sex?

While there’s no one-size-fits-all solution that guarantees bedroom bliss, we’ve found a few surefire ways to kickstart your libido…

All you have to do is say sex in the mirror three times and it gets you more sex, right? Seems fake, but okay…

To this day, if you were none the wiser, you’d be compelled to think everyone in the known universe is having more sex than you. Even the aliens next door seem to have their ‘do not disturb’ signs at the ready. But contrary to the buzz around millennial hook-up culture, and in every single Netflix show, statistically speaking, Brits aren’t exactly in the throes of passion on a daily basis. Rather, we seem to be doing more Netflix, less ‘chill’.

Indeed, according to British Medical Journal paper published last summer, we’re having less sex than ever before. Researchers examining sexual attitudes studies dating back to 1990 found that young people are having sex less frequently, with only 41 per cent of those aged 16 to 44 saying they’d had sex at least once a week in the last month. That’s less than half of people getting it on weekly, which is a decline from the randy previous years. But as we enter this brand spanking new decade, instead of comparing our sexual appetites to others, let’s start asking ourselves more important questions like: “How much sex DO I want to be having?” and “How come the new year gets a spanking and I don’t?”

If the answer to the former is “More!”, then read on.

Off the bat, it’s impossible to find a one-size-fits-all policy that’ll get everyone reading this ready to rugby tackle their libido into bed (what a sensual visual, right?), because, of course, we all have such different circumstances that need tending to! So, instead, allow us to offer up a buffet of sorts; a set of simple suggestions that may just help you… well, rugby tackle your libido into bed. Yeah, I’m sticking with that.

Before diving in, so to speak, a handy rule of thumb when trying to make improvements in any aspect of life is to put all presupposition in the bin. Let go of expectations and cynicism, give it a bloody good go and see if it works for you! With that being said, here are some tried and tested shortcuts which are definitely worth a try.

Talk sex like you talk food. Make it a regular feature in your day-to-day chit chat. If you’re not comfortable talking sex, it can sometimse be relegated to a conversational sex dungeon, deep down underground, only rearing its head in the safety of a relationship where you feel comfortable enough to get verbal. But here’s the thing. The stigma of sex thrives when hidden under bedsheets of shame. So, if you are someone that grew up even slightly repressed, it’s tricky to have more sex when the very idea of wanting more sex is branded with disgrace. This resolution doesn’t involve you screaming your sexual fantasies from rooftop to rooftop (you might get arrested). Instead, find a few friends you can start to initiate conversations with about your sex life and go from there.

Now, even if you are not shy about sex and are trying to find a rooftop to shout on as we speak, there are still massive benefits that come with talking sex regularly. Mainly because  you get a sounding board of people who share what works for them, which may inspire you to change up your sexual strategy, and secondly because it heightens self-compassion. If the reason you’re not having as much sex as you’d like is due to insecurity, laying all your cards on the table and chatting about it to a loved one can really aid the way you relate sex to yourself, allowing you to feel less alone and self-critical about your sexual worries and desires. Plus, talking sex is fun.

This one goes out to both my single ladies and my ladies who still belt Single Ladies whilst being locked down in a fully-blown, committed relationship. Plan dates, y’all. Plan dates!

Whether you are in a relationship or not, you need to make time for intimacy  – which, essentially, is what dates manufacture so well. Logistically, if you’re single, my dear sis, how are you going to have more sex if your longest sexually-charged eye contact this week was with Penn Badgley on Netflix’s You? And you already know he’s into some stalker shit…so personally, I wouldn’t tap that.

You’ve got to go out to get in with a chance of creating some magic. And the same goes for the couple on the couch, also gazing into Penn Badgley’s dreamy, stalkery eyes. Sexual energy is sparked by passion and desire, and you both have responsibility for setting a scene in which those can blossom. Talking to each other in a date setting lures you to rediscover the original fascination that attracted you to your partner in the first place. Simply put, it’s easier to want to rip off someone’s clothes when you LIKE the person underneath.

This last strategy is the most practical. If the reason you aren’t having as much sex as you desire is down to low libido or some form of trauma, it may help you to seek out a licensed sex therapist to walk you through the ways in which you may be able to overcome that. Want to know how one of our own rebels, Beth Ashley, reclaimed her sex after trauma? Read here. The psychology of sex is multifarious, and sometimes you need professional assistance to tailor a plan that will work best for you moving forward. Indeed, while I may seem like I’m dissing my own work, sometimes, just occasionally,  the answer to how you can have more sex isn’t buried in a hilariously-written article about how to have more sex – it’s hidden on the other side of some hard work, and finding it can be rather painful.

Whatever the reason you aren’t having as much sex as you’d like, though, remember this:

You hold the power to exercise the tools at your disposal to dial up your sex life as you wish and, more importantly, you are sublime with or without sex. Plus, you can always count on a crystal sex toy and Penn Badgley…

« We’ll Do Our CEO Thing, Thanks
The Alternative BAFTA Shortlist »