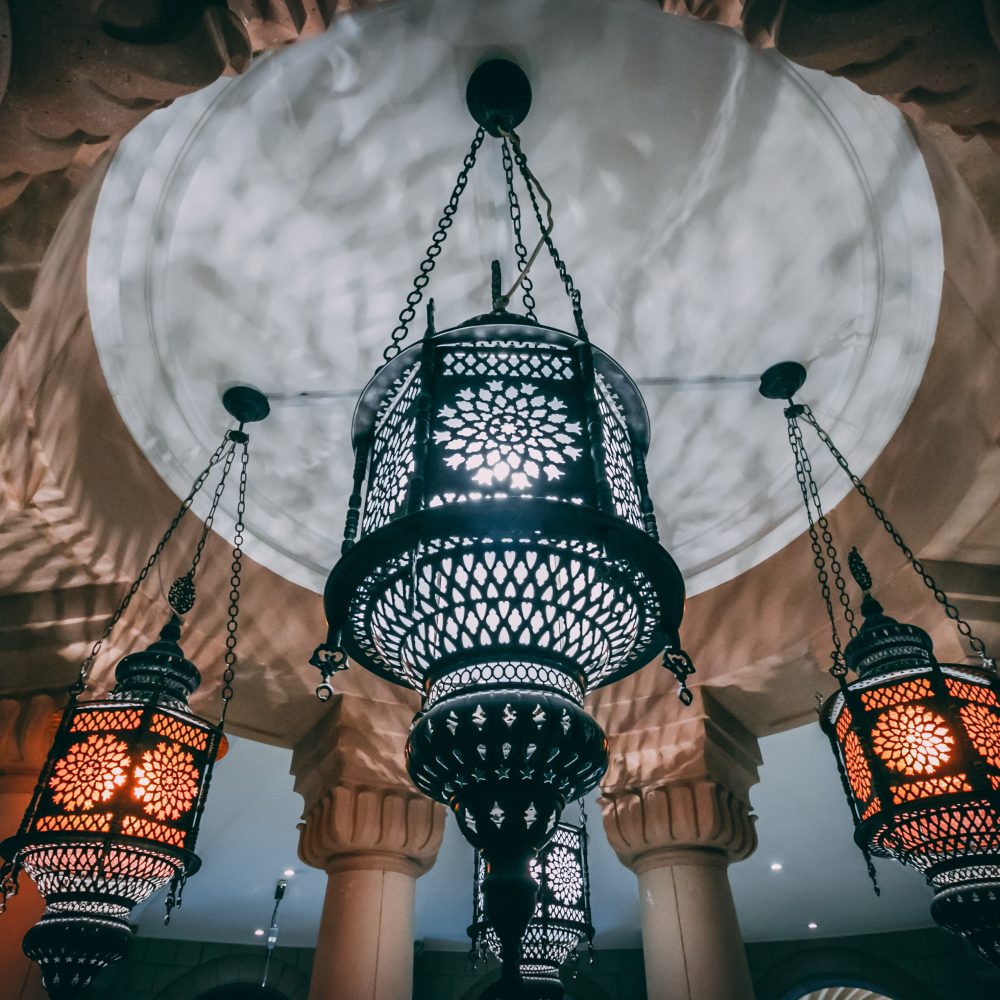 Not interested in Dubai? The UAE’s literary jewel is a little known surprise that you need to add to your bucket list

On a hot day – almost every day in the UAE – the primary blue of the sky of the Al Majaz Waterfront in Sharjah drifts into the aquatic blue of Khalid Lake, forming a brighter, more enticing version of a whiteout. Glassy skyscrapers curl around the lake, greedy for this view, and along the pedestrianised section in a prime position, is Al Rawi.

It’s a spacious, airy two storey lakeside café that doubles as a bookstore and triples as a community centre. Upstairs, a circle of book club members take over part of the open-plan area while downstairs, between the wireframe books that dangle as decoration, passers-by order their single-origin coffees, and on-it staff prepare for a talk later that evening by an Arabic celebrity chef. I’m drawn to the shelves that are impressively curated: there’s Michelle Obama’s Becoming and #Girlboss by Sophia Amoruso, plus the inspiring Speeches That Changed the World and Gandhi’s autobiography. Call me naïve, but I did not expect to see these key touch points of modern thinking in the quietly conservative emirate. But with literature at the heart of its culture and, physically speaking, its city, it’s evident why Sharjah is currently UNESCO’s World Book City.

It’s a title it holds for a year, until April 2020, and it’s not the first international accolade for Sharjah (the name of its capital city as well as the emirate). It’s also been an official Capital of Arab Culture, and a Capital of Islamic Culture. For Sharjah might be next door to glitzy Dubai – it’s closer to its airport than Jumeriah Beach in fact – but culturally, there’s a chasm between the two. For travellers, Dubai is all about indulgence, while Sharjah is the introverted, teetotal sibling. While Dubai is filled with man-made beaches, shopping malls and gold shops, Sharjah’s lure is its museums, historical exhibitions, and artistic architecture.

Sharjah’s connection with literature first became known to the world when it began hosting an International Book Fair in 1982. Now, akin to Frankfurt Book Fair, it’s one of the world’s biggest. Over the course of 11 days in November, it triples (triples!) the 1 million-strong population of Sharjah, with an influx of publishers, authors, agents, and all people literary. You can imagine the hustle and bustle of deals being struck, new authors being discovered, and international friends catching up over a mint tea – all against a backdrop of Ottoman architecture and Arabian nights.

Still, throughout the year, Al Rawi may well be the centre of contemporary literary Sharjah. One of its owners, Sheikha Bodour Bint Sultan Al Qasimi, is the daughter of the arts-appreciating ruler of Sharjah. A bit of a feminist icon, she’s played a pivotal role in the world of Arabic literature by encouraging a more inclusive industry through the bookshop café, but mainly through her role as the founder and president of the Emirates Publishers Association. She’s helped modernise ideas of what Arabic literature should be to the point that Margaret Atwood’s seminal The Handmaid’s Tale was finally published in Arabic last year, 34 years after its release. Major win.

In this city of contrasts, it’s easy for literature lovers to rewind right back to the beginnings of writings too. The first place to venture is the Museum of Islamic Civilisation, just by Sharjah’s port. The airy, impressive building feels significant in itself; it was once its main souk and its trademark dome is a 24-carat gold sheen on the exterior, with a dark map of the stars and sky as viewed from inside. It’s here that The Abu Bakr Gallery of Islamic Faith displays rare and historically important Qurans, dating back to the 7th century. Even for me, a museum-avoider because of my terrible attention span, the displays are captivating. Each is carefully written out in beautiful calligraphy with gold decoration, and it’s humbling to see the effort that went into these religious scriptures over the ages. (Side note: if calligraphy’s your jam, there’s a museum dedicated to it in Sharjah’s cultural square: a major, giant roundabout flanked by key civic buildings that are each an architectural wonder.) The Quran covers on display are works of art too. Because many Islamic groups prohibit the use of animate objects in art, Islamic design excels in elaborate geometric patterns instead – and it shows in the thick, leather covers that have become bruised and battered over the centuries. While in the museum, be sure to spend some time in the Gallery of Science and Technology. It shows how Arabic scientists made significant advances in astronomy and science. Having just read Emma Dabiri’s Don’t Touch My Hair, which shows that historically, hair design on the African continent reflected their forward-thinking mathematics, I’m all too aware that scientific advancements are often whitewashed. Educating myself otherwise is high on my agenda right now, and this exhibit fit the bill exactly.

Even away from all things literary and educatory, Sharjah is a wonder to visit. The Al Noor Mosque, its major place of worship, is as beautiful on the inside as it is on the outside. My new definition of bliss is exploring the city’s fish market, which sells far more than just fish – there are piles of glossy brown dates, heaps of Instagram-worthy fruit, vegetables and spices, coffee shops and honey stalls. Elsewhere, the Sharjah Art Foundation is a world-class gallery, reflecting Sharjah’s growing reputation as a creative hub. During my visit, I got to see the fascinating retrospective from geopolitical abstract artist Frank Bowling before it moved to Tate Britain. Had the timing worked out, I could have watched movies, in English, in their open-air cinema with plump Arabian cushions for seating.

About half an hour away from the cacophony of the city centre, the landscape changes entirely: it’s desert as far as the eye can see. The Mleiha Archaeological Centre is a one stop shop that combines some wild dune-bashing activities with a Bedouin-style dinner around a campfire under a starry night. I can’t help but get my nerd on too – the centre offers tours to the area with the earliest evidence of nomads making their way from Africa to Europe. Coming face-to-face with the area in which most of our forefathers stayed during their travels is yet another humbling experience.

More than anything, to visit Sharjah is to experience a culture change. While free-thinking when it comes to art and culture, the emirate is one of the more religiously conservative. It means that the usual rules of the UAE apply in earnest: dress modestly, act respectfully in public, and hold back on the public displays of affection. Same sex relationships are officially illegal, but in reality, no one will ask questions if you check in to hotel rooms as two travelling buddies. In Sharjah, alcohol is completely banned, even in hotels. I won’t lie – sipping an elaborate juice with dinner instead of a glass of red was a little disconcerting for the first couple of days, until the groggy-free mornings opened my eyes to a better way of holidaying. If only I had the willpower to continue it.

Still, these aspects are another reason to visit, especially for literature lovers. By our very nature, we appreciate the complexities of lives outside of our own experiences, and there’s much of that to discover in Sharjah.