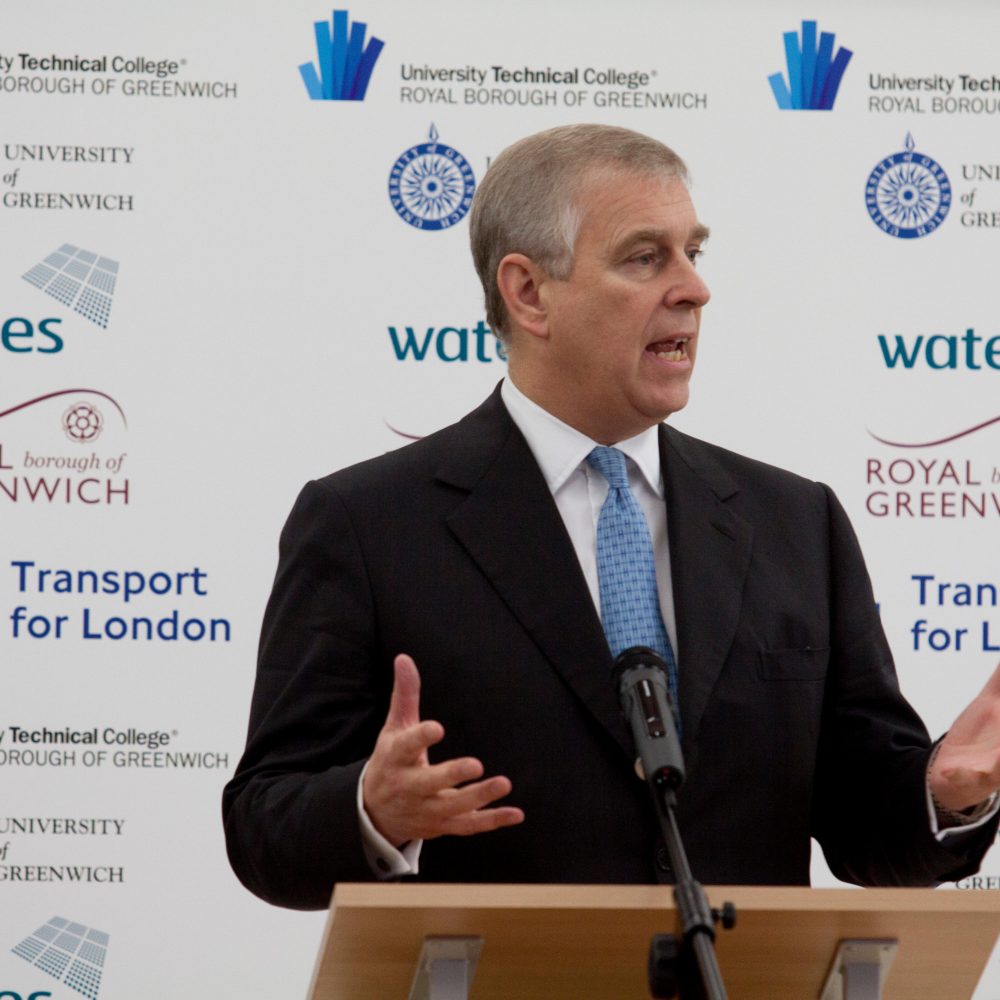 The Crown season 3 has hit Netflix after much anticipation. The award-winning show tells the story of the world’s most famous family. A family that have had (and continue to have) their fair share of scandal.

It seems ironic that on the same weekend as the Netflix release, the royal family (the real, off screen version) has once again been thrown into the spotlight, with Prince Andrew being grilled by BBC journalist Emily Maitlis about his relationship with Jeffrey Epstein on Newsnight. For anyone who hasn’t yet watched it (I urge you to), let me set the scene: Prince Andrew, otherwise known as the Duke of York, is the Queen’s third child. He has been embroiled in allegations relating to Jeffrey Epstein, a convicted paedophile who was found dead in his prison cell in August of this year, after being charged with sex trafficking. He faced up to 45 years in prison for sexually abusing dozens of young girls, some as young as 14. He pleaded not guilty.

In 2015 Prince Andrew was named in US court documents related to Epstein. Virginia Roberts alleges in papers filed in Florida that she was forced to have sex with Andrew when she was 17, which is under the age of consent in the state.

It was the prince’s relationship with Epstein and his interactions with Roberts that was the focus of the hour long interview in the South Drawing Room at Buckingham Palace. A grand room empty of furniture, except for two chairs.

Cue the drama. Denial. Excuses. Awkward exchanges. Nervous laughter. Outlandish claims (apparently he didn’t sweat at the time of the allegation against him because of a medical condition). The interview has been described as “disastrous”, “embarrassing”, “excruciating”, and a “car crash”. The Crown season 6 will certainly be explosive.

The real star of the interview was Emily Maitlis. A woman who never faltered in her pursuit of the truth; she asked the questions that needed to be asked, and didn’t miss a beat. When Andrew said that Epstein had “conducted himself in a manner unbecoming,” she replied “Unbecoming? He was a sex offender.”

Maitlis has reminded us of the importance of holding the powerful to account, be it billionaires or royalty.

So what did we learn from the interview?

Despite Prince Andrew being keen to emphasise that he was not particularly close to Epstein, it does appear that they were pretty good friends. He stayed as a guest of Epstein on a number of occasions, including on his private jet (nicknamed the Lolita Express), his private island, and his home in Florida. He was introduced to Epstein by Ghislaine Maxwell, a close friend of the prince. Nothing about Epstein’s behaviour struck Prince Andrew as suspicious. At the time of his friendship with the financier he was the patron of the NSPCC’s Full Stop campaign, the aim of which was to stop cruelty against children. He said himself that he had been told what to look out for in child abusers, but had been unable to spot one right under his nose.

Prince Andrew confirmed that Epstein had been a guest at Winsor Castle and Sandringham (including at the Queen Mother’s 100th birthday) – but pointed out that he was simply there as a plus one of Maxwell. In 2006, Epstein attended Princess Beatrice’s 18thbirthday party despite an arrest warrant being issued for sexual assault of a minor. Prince Andrew claims he wasn’t aware of this, and ceased contact with him when he became aware of the investigation later on in 2006. In 2008, Epstein was convicted of soliciting and procuring a minor for prostitution, which he was jailed for.

Epstein was released in July 2010, and in December Andrew went to stay with him in his New York mansion supposedly to “break up the friendship”, although he stayed there for four days because it was a “convenient place to stay”, he also attended a dinner party (to celebrate the financier’s release) while there. Upon hindsight he says that staying in the house of a convicted sex offender was “the wrong thing to do”. His excuse for this? “My judgment was probably coloured by my tendency to be too honourable.”

During that stay there is video footage of Epstein being accompanied by young girls, but Andrew says he never saw them. He says that as a member of the royal family he was used to “members of staff walking around all the time”, and so hadn’t interacted with anyone he considered to be staff. He describes Epstein’s house as being like a “railway station … there were people coming in and out all the time.” Surely, the presence of underage girls would raise questions, like why are they there? Why aren’t they at school? Where are their parents?

In July this year, Epstein was arrested for sex trafficking and abusing underage girls. One of them is Virginia Roberts. She states that in 2001 when she was 17, she dined with Prince Andrew, danced with him in a London night club, and then had sex with him at the home of Ghislaine Maxwell. She says that she was trafficked by Epstein, specifically to have sex with the prince. Throughout the interview Andrew repeatedly denies the claims, saying he has no recollection of ever meeting her. He says that on the date in question, 10thMarch, he was at home with his children, after he had taken Beatrice to a party at Pizza Express in Woking – something he clearly remembers.

Evidence suggests otherwise. There is a photograph of him with Roberts in Maxwell’s house, taken by Epstein. He is smiling at the camera. His hand is around her waist. It looks as if a proud dad has accompanied his teenage daughter to a party. Roberts’ left arm is sticking out awkwardly, as if she is waiting for it all to be over.

The prince thinks the photo has been faked as he has no recollection of it. He says he doesn’t think it’s “my hand in the photo”, and says he is wearing his “travelling clothes”, which he wouldn’t wear if he were out in London (he usually wears a suit there). He also says that it appears to have been taken upstairs in Maxwell’s house, somewhere “I don’t think I ever went”, plus he’s “never seen Epstein with a camera”. He also says that, as a member of the royal family, “I’m not one to, as it were, hug. Public displays of affection are not something that I do.” After the interview was aired Twitter promptly erupted with photos of him embracing various women.

After everything that’s happened, Prince Andrew still doesn’t regret his friendship with a convicted sex offender, because he believes “the people that I met and the opportunities that I was given to learn, either by him or because of him, were actually very useful.”

Should he be investigated? There is an active FBI investigation looking at Epstein’s activity. The prince says that “if push came to shove” then he would testify in a U.S. court. Gloria Allred, an attorney representing a number of Epstein’s victims thinks he should: “He’s now stated his case in the court of public opinion,” Allred said. “Let him state what he knows to law enforcement. It’s the honorable and right thing to do.”

In the broadcast, Prince Andrew says he wants “closure”, he describes the allegations as “almost being a mental health issue for me”. He made no mention of Epstein’s survivors. What about their mental health? What about closure for them? What about justice for them? This lack of remorse or even empathy for the survivors is the most infuriating part of the whole interview. He gives the impression that he couldn’t care less. Once again, the focus has been placed on the accused, instead of those who have gone through the ordeal.

This interview was a misguided attempt by Prince Andrew to clear his name, but it’s done exactly the opposite. It’s pushed unanswered questions to the surface – questions only he can answer. Epstein’s survivors deserve justice. Royalty or not, no one should be exempt from the law.