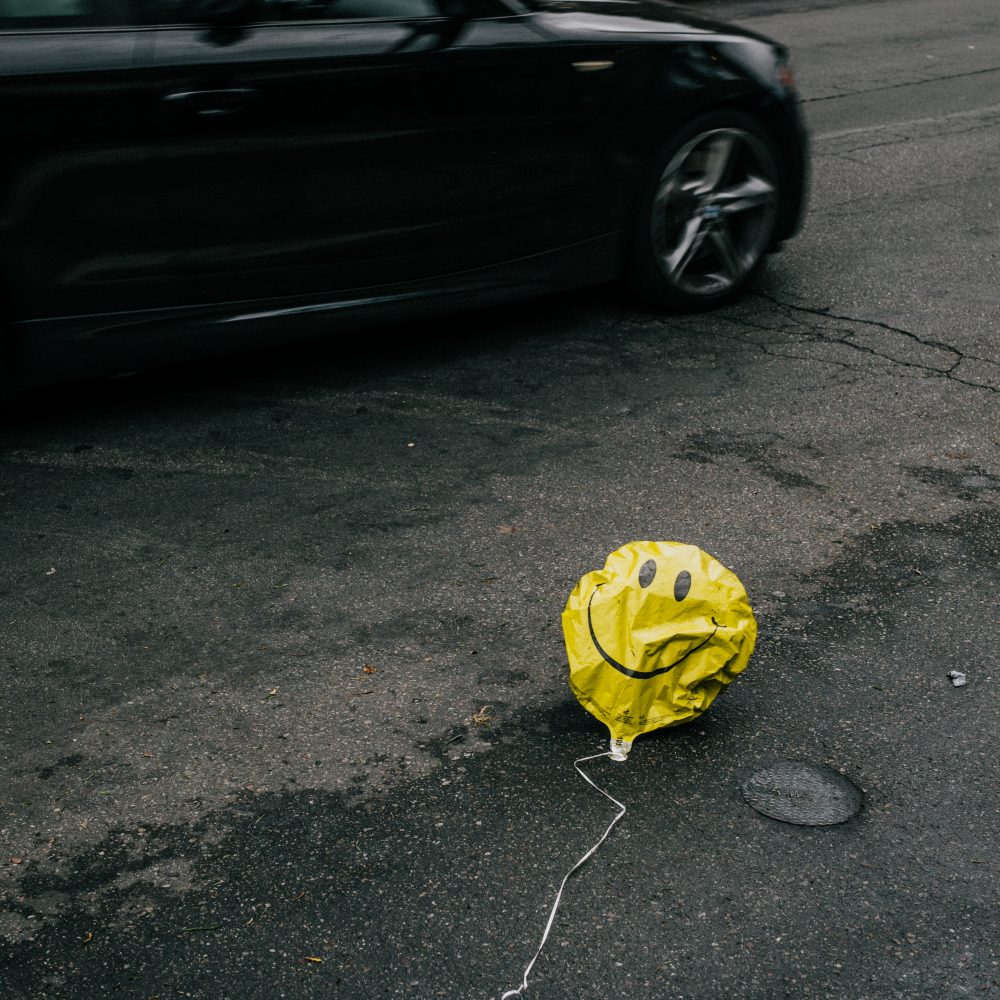 Being strong doesn’t mean denying all weakness. So why the struggle to admit when we’re sad?

I’d like to introduce you to my friend. She thinks her life is like a less funny version of Fleabag and I think she’s a freaking goddess – so for our purposes today, and in honour of our contrasting viewpoints, I’m going to call her Phoebe.

Now, Phoebe is ridiculously smart, gorgeous, fit, and has an incredible, interesting and lucrative career that sees her flying all over the world on a near weekly basis. She’s the sort of person it would be easy to hate on paper, were she not so damn lovely, funny and brilliant. Phoebe is also tired.

To say she’s been having a rubbish time of it would be an understatement. For all her hard-won successes, by her own admission, Phoebe’s app-based quest for romance has recently veered from comic to tragic. There was the date in which her cheating ex-husband, who she hadn’t seen for years, gate-crashed her night to say hello. It did not end well. She cancelled her next encounter when due diligence (Oh hey, Google!) turned up court reports showing her suitor’s conviction for sex offences. No, really. Then along came Prince Charming – who she was in the process of falling for when he was diagnosed with cancer, prompting him to understandably withdraw in order to focus on his treatment. They remain friends, which in some ways makes the whole situation even sadder. Like I say, a hard time is an understatement.

And yet, when I spoke to her this weekend, what she was most worried about was her inability to share her family’s absolute and all-encompassing joy at the birth of her younger sibling’s second child. She was happy for them, of course she was, but the new baby’s arrival was also reminding her of the gap between what she thought her mid-thirties life would look like, and the reality. And that not only hurt, it made her feel guilty. “It’s hardly the worst life on earth,” she told me, sadly. “I’m just a bit exhausted at the idea of picking myself up again.”

Phoebe had, by anyone’s standards, been dealt a shitty hand of late. But when it came to voicing it out loud, what she was struggling with the most was believing that she had any right to be sad. And that really struck a nerve with me, because I’ve been there too. As, I’d wager, have you.

If you’re a western woman in your teens, twenties or thirties, there’s a good chance you’ve been raised to view ‘having it all’ as a pretty basic ambition. We are encouraged to be strong, fierce, opinionated and ambitious. To overcome all obstacles. To be the walking, talking embodiment of a ‘She believed she could, so she did’ meme. And these are all good things, obviously. We know not everyone has these freedoms, and we thank our lucky stars that we do.

But I wonder whether we have absorbed this doctrine so entirely that we have forgotten that it is ok to admit defeat sometimes. To throw up our hands, yell “Fuck this shit” and take ourselves off to bed. To admit that before getting back up and dusting ourselves off – which we will, always – we first need to lie down in that dust and cry quietly for a while. We may have been raised to cope – but do we need permission to mope?

For all our talk of self-care, as women, we remain far better at raising each other up – see any women’s nightclub bathroom for evidence – than we are at offering ourselves kindness in the face of adversity. It is as though we believe that if we check out of the world for a day in order to throw ourselves a pity party, we will be seen as unable, or unwilling, to cope with what life throws at us.

But feeling our feelings, accepting our sorrow, even wallowing in it for the time it takes to process it, is healthy. Far healthier than pushing on regardless, which risks us being left with a sort of existence dysmorphia, in which our swallowed failures warp to become so much bigger than our successes.

The more I see my friends adopt a tits-up-and-soldier-on approach to hardship, the more strongly I believe that we have a duty to tell each other, as well as ourselves, that it is ok to cry.

Indeed, the more I see my friends adopt a tits-up-and-soldier-on approach to hardship, the more strongly I believe that we have a duty to tell each other, as well as ourselves, that it is ok to cry. It is ok to mope. It is ok to shut down and take time to recover. And it is ok to stand up at the end of it all and claim your rightful space in the world again, refreshed, recharged, and aware that you are stronger for the experience.

“I have learned that having a true feeling, and not being afraid to explore it, is not weakness but its opposite,” writes the inimitable Elizabeth Day in her bestseller How To Fail. “Allowing yourself to be open to love and to sadness, to joy and to discontent, to intimacy and to detachment, to the triumph of possibility over all the things that could go wrong – this is the only way for me that feels real. The strongest people can afford to be vulnerable and retain their dignity.”

That Day’s book has become a bestseller, or that Fleabag has been such a runaway success, is testament to the fact that we are all craving real, relatable and multifaceted depictions of what it means to be a woman today. That they exist at all suggests we are making headway. But progress takes time.

So for now, I think it’s worth remembering that in order to get back up, we have to fall down first. And when we do, it’s absolutely ok to lick our wounds. Sure, we live to fight another day. But if we choose to spend that day under the duvet, shutting the world out until we can face it again? Well, more power to us.