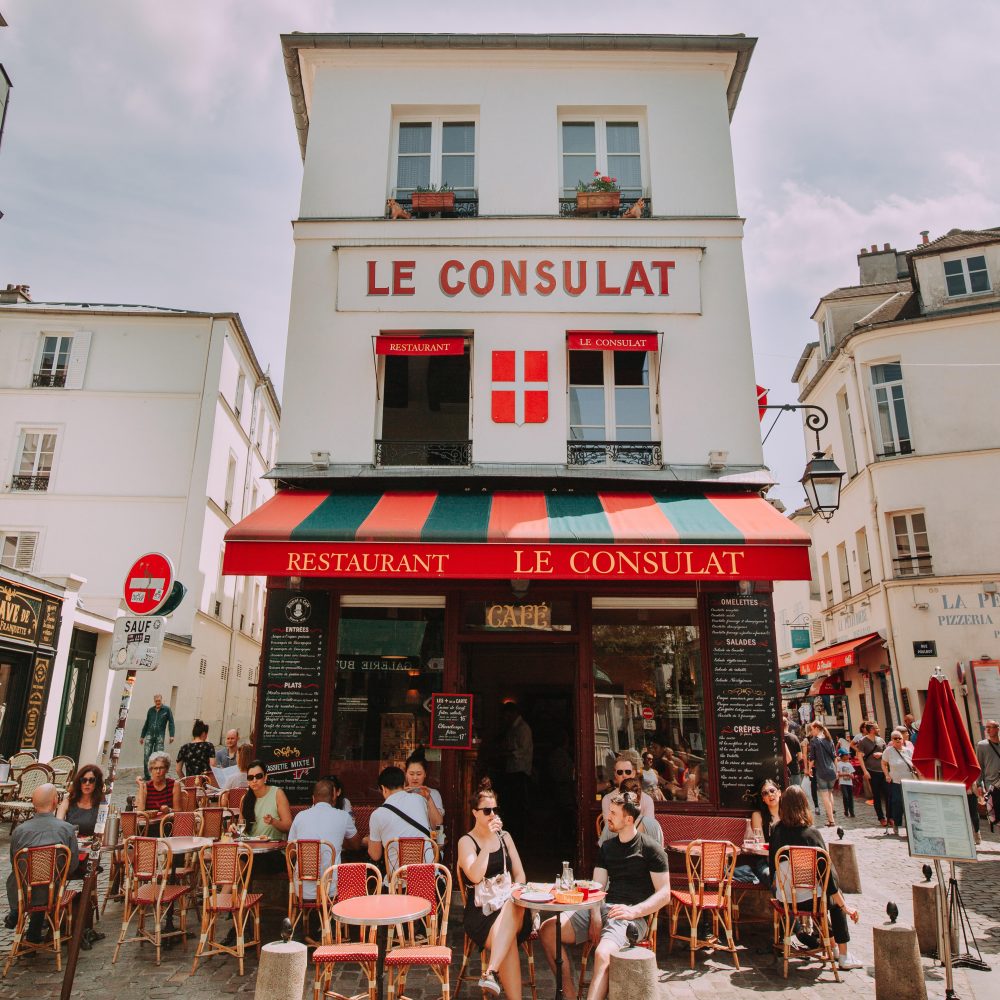 Paris is the Best City to have a Meltdown

If you can lose yourself in Paris, you can forget about someone in Paris too

When you think of Paris, you probably envision a city of light, romance, and high fashion. Impossibly chic of course, and Instagrammable as hell. You’ll plan on going there on a city break with the girls or a sexy vacation with your partner. But have you ever considered it for a breakdown? Hear me out. I’ve had more than one breakdown in Paris, and definitely other breakdowns across the world. The worst place to have a breakdown? Forgive me, but in my opinion, it’s London. But the best, my tears would tell you, is Paris. My second breakdown in Paris was after my first year of university. I was working in Geneva at the time, and the guy I thought I was in love with back on campus was working in Paris. He invited me to visit him.

I was beside myself. I envisioned this weekend being the weekend where he would finally tell me how he felt about me (I had waited all that previous semester for a hint). It wasn’t. We had the first night together in Paris, and our first sleepover, and I left that morning to see a friend thinking I’d soon be kissing him again in the Jardin du Luxembourg. Obviously, I ended up bawling there instead. I never saw or heard from him again that weekend, or the rest of the summer. I was very much ghosted and heartbroken in the city of love.

But here’s the thing, if you can lose yourself in Paris, you can forget about someone in Paris too. And yes, I know, Paris is the city of love. You see lovers intertwined on every block. But it can’t be the city of love without knowing a lot about heartache. So those tears were met by a sympathetic crowd. (Parisians are nicer than you think.)

So here’s why you shouldn’t lose hope if you have a breakdown in Paris, and why I would actively encourage you to go to Paris if you’re freshly heartbroken.

Firstly and importantly, it’s not weird to be a woman alone in Paris. Yes, it should never be considered weird to be traveling, or doing things alone in any city, but some cities are more conducive to solo time than others. For example, I’d never feel comfortable taking myself out to a nice dinner alone in London. Probably because I’ve never seen anyone else do it. But in Paris? It’s common, and no one will think twice.

Parisians are comfortable with tears. Sadness and the proof of the existence of sadness does not shock or scandalize there. In fact, it’s somewhat of a Parisian staple. Take the novel Bonjour Tristesse, literally translated to ‘hello sadness’. Wildly popular at its release in 1954, and still lauded today. Basically, if you’re not suitably melancholy then what are you even doing in France? We fit right in, babe.

You can sit in the romantic gardens crying your heart out, feeling like the heroine in the romance biopics and no one will bemoan you a second of it.

And it’s different from London. In London, I and almost everyone I know has had a crying jag on the tube. During which time everyone becomes extremely interested in looking at their shoes. As if to make eye contact would contaminate them with your unhappiness.

The Parisians will leave you to your tears, but it won’t be to shame you. They’re just giving you space to feel the feels. Yes, a distinctly un-Parisian way to say it, but a distinctly French way of being. The French are a society much less afraid of sitting with their feelings than in the United States or England. Stiff upper lip and all that for the latter, revenge body workout regime for the former. Neither of which are quite as satisfying as wine and self expression… but to each their own!

The freedom to cry in public without judgement is a revelation. The beauty of your surroundings in Paris makes your feelings all the more intense, but it’s more cathartic in a way. And a hell of a lot better than crying in a bathroom cubicle.

Once you’ve exorcised the tears in the Jardín Du Luxembourg, you can walk or have an exhilarating whizz over the bridge to the Shakespeare and Company bookshop. Pick up a book of classic French female badassery while you’re there. They’ll have the English translations of the greats, Colette, de Beauvoir…it goes on. While reading these books, you’ll feel validated; by women who aren’t from this century at all.

Next door they’ve opened an LA style cafe with high end coffee and healthy juice. Okay, not totally Parisian, but it’s good. Sit outside and you can sip your restorative green juice while gazing at Notre Dame. Yes, now burned, but beautiful and important nonetheless. Just like you.

In true Parisian style, now it’s time to move to the next cafe, preferably with a view of the Seine. Here you can successfully pull off the je ne se quoi we see in the films. The mysterious woman, drinking a glass of wine and reading something tragically deep. Perhaps another tear will leak out  – this isn’t a magic cure after all. But it’ll only add to the mystique. Take it from one perky American, the less perky you are, the better you’ll fit in. Embrace what you’re feeling. And yes, it’s perfectly chic to drink alone. I would add some cheese to this set-up but that’s just me.

Not that this is important, but I feel that it is my duty to let you know that this is a very easy way to meet people. Friends or more than friends. But if it’s clear you want to be left alone? No one will bother you.

Now that you’ve embraced the classic French heroine trope, walk along the river to some Aretha Franklin and Parisian chill (I highly recommend Dolly Alderton’s Spotify playlists for this part of the breakdown journey). At this point the sun is setting, the emotive music is swelling, and you are in it. You are the main character in your life. Whoever made you feel less than, sad, or generally shit is starting to become more inconsequential. Reveling in your feelings and luxuriating in the timeless surroundings, whilst painful, is a way of reclaiming your narrative. It’s okay to be sad, whichever way you need to do that, but there’s something to be said of being unapologetically sad out in the world, and actively doing things to help process how you feel. Paris is perfect for that.

Now maybe you want to go back to your hotel and have a deep sleep. My mother says that a good sleep can fix most things and I’ve found that to be true. But if you’re feeling restless, as I usually am when I’m having a moment, the whole of Paris is waiting for you!

Try the Marais or the bars along the Canal Saint Martin. When Parisians do go out, it’s there. I was lucky that when I was there the city had it’s summer music festival on. There was dancing in the streets and strangers gladly brought me into their dance circles. Going out doesn’t have to be all about soulless clubs, and it’s easy to get beyond that in Paris. There’s something special about dancing in the street, but dancing in general is a fabulous way to exorcise demons (especially if they take the form of ex-lovers) out of your mind and your body. Points for waking up in a pied-a-terre in Pigalle, the hipster part of the city. You’ve then officially lived a Parisian twenty four hours.

The next morning have a croissant. Eat those impeccable carbs, French feminist book in hand, whilst continuing to find solace in the space Paris gives you to just be you. Afterwards? It’s time to shop. And no I do not mean you should bankrupt yourself in Hermès. There are so many beautiful little stores that you won’t find outside of France, and won’t break the bank. And the vintage stores are excellent. Stick to the one item, and make sure it fills you with joy to look at. That’s the important part.

After a day of treating yourself, and walking through the wonderfully picturesque streets, you’ll have much more exciting things on your mind than whatever caused that breakdown.