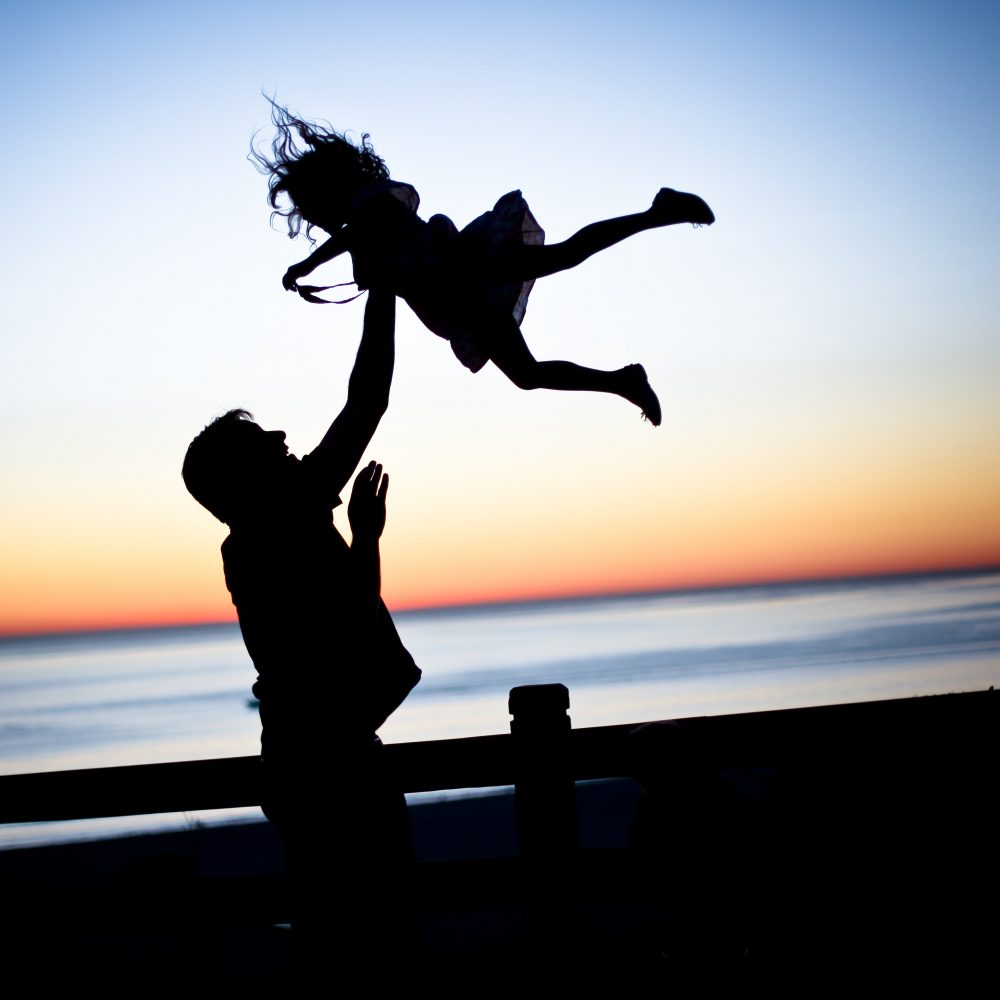 On Cutting Ties With a Parent

People tell you with caution to think about how you speak to your parents, as you never know when the last time could be. They warn of this with intended care and often genuine regret from first-hand experiences, but I always hoped every conversation I had with my dad would be the last. Every time I visited his house, or he picked me up from my house in his car, I told myself this would be the last time. “After today, I’m not coming back,” I’d say.

The thing about the last time you talk to your parent, is you don’t know when it’s happening. When I spoke to my dad for the last time on October the 20th, 2016, I didn’t know it was ending. We had argued that day, but our relationship was made up hurtful fights, so nothing about it stood out as the end.

Before this moment of no return, I’d tried to break up with my dad on numerous occasions. The first time, I was about six, and he’d smacked me for no reason. I didn’t see my dad very often, and it was shocking. He probably thought he had a reason, but I don’t remember it being a justifiable one. After he dropped me off back at home with my mum, I told her I didn’t want to see him again, and she said that was okay. I didn’t see him for around a year until I asked my mum to call him up again. He’d moved to Spain, something he felt okay doing without telling his seven-year-old, but said he’d see me when he got back. I can’t remember if we did meet up or not, so it must have been insignificant.

I tried again on my 16th birthday, six years ago. He didn’t talk to me for the entire morning even though I was in his house, and it was my birthday, except for a few sentences to tell me I’d put on too much weight and he didn’t like my hair the colour it was, so I sloped home and hid from him for a few months.

There were countless attempts like this, false starts to Life Without Dad. I would go an entire a year dodging his calls, texts and emails. Sometimes we switched and I’d send him unindenting messages to no avail until one of us reached the breaking point. Then we’d meet up, go for a carvery and he’d put his arm around my shoulder and tell his friends I’m just like he is, as if he knew me. As if nothing was ever wrong. He acted so eloquently that I believed it and let my guard down low enough for him to hurt me again. What we never did, was acknowledge the burning elephant in the room; we didn’t like one another.

The focus of his rage could come from anything: politics, me dying my hair another bright colour, my mum. But really the fights were about us, about him. They were about how much he’d failed me, controlled me. How he quietly hurt me, then bragged of his fatherly skills to friends in front of me. Then they were about me: how I’d betrayed him, dodging his streams of texts and voicemails then calling when I needed help.

As our final moments were anti-climactic, I didn’t accept that it was finally over for a long time. I’d removed him from all of the social media accounts I had and blocked his number, but I’d done that before. To me, I was just having yet another break from him. As weeks blended into months, a family friend came to ask me how my dad and I were getting on, and I realised I hadn’t spoken to him for a year and a half. I hadn’t missed him, and he hadn’t contacted me. Maybe we were finally both fine without each other. Maybe this was the best decision I could have made for the two of us. So, I never spoke to him again.

For a while, this new life was easy. There were a few admin issues; telling people they’d have to contact him another way when they tried to pass ‘happy birthday’s through me, changing my name on forms to exclude his half of my double-barrelled surname. But for the most part, it was simple. I thought losing my dad would leave a dent in my life, but I felt whole. The people around me were surprised by how well I held it together, but in a judging, concerned way. My absence of anguish seemed cold and unloving.

In 2017, I was recommended counselling for a seemingly separate issue, and I’d begun seeing a therapist occasionally. It was there that I’d realised a lot of the problems I was facing stemmed back to Dad. The tricky, toxic relationships I developed with men, were partly because the first relationship I ever had with a man was venomous, and he’d been in my life since before I could speak; before I could tell him to leave me alone. It was in those therapy sessions that I discovered the truth. My relationship with my dad wasn’t a complex, colourful connection that I needed to try harder to keep. It wasn’t my role as ‘daughter’ to keep being there for him no matter what. There were words for the things my dad did in my childhood: gaslighting, coercion, abuse.

The loss of my dad became more difficult after this. You’d think discovering my dad was abusive and dangerous would solidify my decision and eradicate any doubt I ever had. Surprisingly, the opposite happened. I wanted my dad back. Not because I missed him or because I’d begun to yearn him in a childlike way, but because I wanted to fight with him. It was indescribably difficult to face the abuse my dad had put me through without him there to confront it too. It felt like I’d taken the burden while allowing him to escape. At times, it felt worth rekindling our relationship so I could re-destroy it again.

Whether it’s a conscious action or not, we’re always tracing things back to our parents. We spend a lot of time either attributing or blaming our actions on them because they have a responsibility to care for us. I know when I look into a mirror, that I have my mum’s piercing green eyes and her smile. I know that I’m frightened of frogs because she is too, and that I work incredibly hard and organise myself impeccably because that’s her passed-on superpower. In some ways, my dad had occasionally managed to be a great too. He bought me a bike and taught me how to ace a job interview. Those memories were the most haunting, the only times I felt a loss. It’s a parent’s job to teach us everything we know, to build our arsenal. So, what happens when yours suddenly disarms you?

After that last October fight, the last time I ever spoke to my Dad, I felt nothing. And then I felt guilty about feeling nothing. The importance of having a father so was lost on me. His absence was a relief compared to him being around. ‘Losing’ dad was like having a tumour removed and getting the all-clear. I’d be healthy and happy now.

Feeling like I was acting incorrectly, I forced the grief to muster. I went to do what I’d seen in the movies, and dramatically etch his face out of photos. I scrambled through albums and scrolled through camera rolls. I realised we didn’t have a single photograph together. We hadn’t been anywhere together, we hadn’t done anything together. Why was I expected to mourn a relationship that had never existed?

When cutting ties with a toxic parent, it’s important to remember that your reaction is a valid one, whether you’re mourning the loss or celebrating the freedom. Sometimes you may wonder what the relationship could have been like if you’d clung on or feel like you missed out on closure. People around you will misunderstand and suggest you give him a call. It’s important to respect your own decisions and boundaries, and never act on how someone else wants you to behave.

I often want to call my Dad and tell him everything; what he did and how it made me feel. I accept that for my safety and mental health, that can never happen. Instead, I look at the love I already have around me; the support from my boyfriend, mother, and the rest of my family and friends.

Throughout the last three years, I’ve read a myriad of texts, papers, articles and self-help books about unhealthy parental relationships. It seems, to me, that there are two options for handling a parent who hurts you. You can stay in touch, but maintain tight boundaries (keep visits infrequent, spend little quality time with them, sternly shut down conversations you’re not enjoying) or you can walk away. I walked away forever, and I will never regret it.

« So Under Pressure
How Sex Ed in the U.S. Perpetuates Rape Culture »