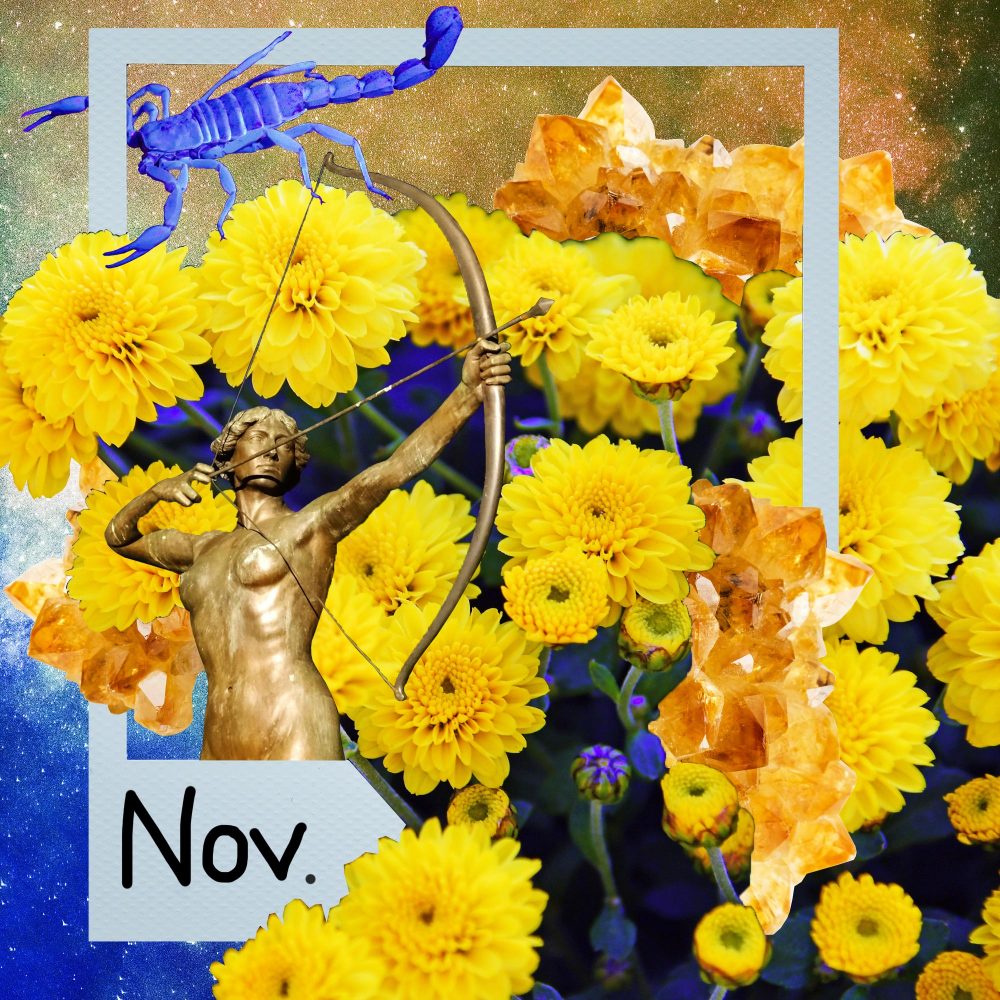 Brace yourselves, everyone, Mercury is asleep on the job and it’s all kicking off – here’s how to deal

Brace yourselves, everyone, Mercury is asleep on the job and it’s all kicking off – that’s right, we’re in retrograde until the 21st.

Now, before you immediately cancel all your plans and retire to your specially prepared Retrograde BunkerTM (£999,999.99 available at all good bunker outlets), I promise you it’s not all bad. While Mercury retrograde is typically associated with plans gone awry and confusion over clarity, there is an oft-overlooked positive side to this planet’s befuddling behaviour.

This is a period in which we find ourselves looking at the world a little differently, and perhaps being more introspective than usual. While Mercury retrograde isn’t a good time to make any huge life changes, it can be extremely enlightening to meditate upon the self and embrace the past. Keeping a journal can be helpful over this period, as not only will it help you stay on track in this tricky time, but also aid in self-reflection and maybe even lead to some revelations.

Unfortunately for you, poor Scorpio, this retrograde is likely to hit you pretty hard. You might find people take your words the wrong way – bear in mind that they’re just as confused by the retrograde as you are, and have patience. You may also find yourself struggling to keep secrets, so watch your words and think before you speak. However, things will start looking up as Mars enters Scorpio from the 19th until early 2020, so you may find yourself switching focus to more practical ambitions. Whether it’s at work or at home, now is the time to go after what you really want and no longer accept mediocrity. Work hard and you will succeed.

This is the month for experimentation, Sagittarius – just be sure to not commit to anything too long term during the retrograde! The New Moon in Sagittarius favours adventure, while Venus in your sign until the 21st suggests that romance could be the way to go. If you’re a Single Pringle, now would be a great time to consider dating new people, and if you’re in a relationship consider a mini-break or trying something new in the bedroom. And hey – if you’re not romantically inclined, the Sun in Sagittarius means that now is the time to expand your horizons, either at work or in your personal life. Put yourself out there and you’ll uncover a whole new way of looking at the world.

Unfortunately, you may struggle more than most with Mercury retrograde this month, but focusing on your family and spending time at home is the best way to combat this. From the 25th Venus moves into Capricorn, indicating a shift in your circumstances. It’s time to get serious about all things financial and focus on your work-life; maintaining working relationships will be easier than ever now that Venus is on your side, helping you to form connections easily. Another nice effect of Venus means your sex life should be better than ever at the end of the month, but watch out for the New Moon on the 25th, which might cause you some undue hesitation – just go for it, babe.

Listen up, Aquarius – you should be particularly cautious this retrograde season, as disputes will abound in your friendship circles. You can be considered a little aloof in personal relationships, but focusing on your nearest and dearest is important during this period, as communication will be even tougher than usual. Petty squabbles and misunderstandings are likely to cause strife, but practising patience and really listening to those around you will see you through these tricky times. You may feel the need for some excitement or to shake up your romantic life at the beginning of November – if you’re single, embrace it! But if you’re taken, flexibility and compromise will see you through.

Break out the watercolours, Pisces! November is a good month to focus on your artistic side; Mercury’s retrograde is likely to interfere with more logical thinking and daydreaming, which may send you off track, but embracing your innate creativity will bring insight to all areas of your life. If you feel like everybody hates you this month, remember that it’s just retrograde messing with people’s heads and making them more short-tempered than usual – I know it feels awful, but try not to take it personally. You may find that you need to work hard this month, in both your working and romantic life; though it may be tiring, don’t allow yourself to slack off, as the end result will be worth it. Don’t let that cloud your judgment though – if something isn’t working, perhaps it’s time to let go.

Mercury retrograde is likely to make you even more impulsive than normal, Aries, so slow down and watch what you say! Despite this, November is likely to be a great month for your friendships, so take any and all opportunities to spend time with those closest to you. Romance may have been your focus for a while, but it’s time to bring your attention back to your friendships – it’s likely you’ve been neglecting them. You may also find yourself reflecting on people you’ve hurt in the past; while you might be tempted to push these thoughts away and focus on the right now, sometimes it’s better to confront the problem head-on and apologise when necessary.

You may feel like the world is against you this month – especially at work – but taking a step back and examining the big picture may reveal an aspect of your behaviour that is causing these reactions. Giving yourself that time to really think about your situation will prove rewarding if done right, and you might be able to learn a great deal from the situation. Mercury retrograde offers us the opportunity for a new perspective, and that’s especially true for you, Taurus. Take care at the end of November, as Mars opposite Uranus can cause any latent resentment within you to flare into anger. Watch your words, or you may find that you regret them.

Mercury retrograde is likely to expose unhealthy relationships this month, and confronting these problems head-on will give you the best result. Take care in these confrontations, as it could just be Mercury making things seem worse than they appear; a little reflection is advised before going in all guns blazing. November will be all about socialising for you, Gemini, and you’ll likely want to treat yourself more than usual – just watch those finances! The New Moon on the 25th favours adventure and excitement, so if there’s something scaring you that you’ve been putting off, now is the time to act (for starters, maybe that confrontation we were talking about earlier).

Saturn will bring you luck this month, as long as you work hard. Try to make sure you don’t burn out, but be optimistic and you will succeed. This month you may need to sacrifice short-term comfort for some long-term gain, but it will all be worth it in the end. As Mercury moves out of retrograde at the end of the month, you’re likely to receive some good news, and things should mercifully calm down. Venus opposite the Sun on the 25th will make you want to indulge more in pleasure than work, which is perhaps unsurprising as you’ll have been working hard all month up until this point. Enjoy that active social life, but don’t take crap from anyone, as it will come back to bite you in the arse eventually. You’ll also make a great first impression on anyone new – just remember, confidence is key!

You’re not always the best with authority figures – that should be your job, right? – and this month they’re really gonna be driving you mad. Of course, what they’re really trying to do is push you to succeed, so keep your head down and prove you’re up to the challenge. From the 21st you should start feeling calmer and more productive, but it will only last a few days, so make the most of it. The interaction between the Sun and Uranus on the 25th may leave you feeling restless and tense, but try and breathe deeply and be flexible. Go with the flow and work that stress out through other means, rather than shouting at your boss like you want to. The November New Moon on the 26th is an opportunity to make your dreams come true – this is the day to really go after what you want, so take advantage of it and grasp that goal with both hands.

You’re probably freaking out about retrograde messing up your carefully laid plans (this Virgo certainly is), but relax babe – you’ve got this one. As the sign that focuses most on all things organisation and preparation, you’ve likely already got a backup plan in place. Don’t stress too much, but a little (or a lot of) planning never hurt anyone. You might feel a little insecure on the 12th–16th thanks to Venus and Neptune, and this conjunction may also cause you to idealise romantic interests, so don’t make any romantic commitments in this period. The New Moon on the 26th is an opportunity for a fresh start; there are new opportunities coming your way, so don’t hesitate to take advantage of them.

Retrograde will leave you feeling out of balance, but focusing on yourself and your home life is the best thing you can do to regain that control. Try not to give in to any random impulses, as you may find you regret them once things settle down. Embracing the challenges of the month ahead may seem daunting, but throwing yourself in at the deep end will leave you feeling accomplished and proud of yourself. At the end of the month, the Sun will bring you energy and creativity, along with the drive to meet your goals. It’s gonna be a bumpy ride, but the destination is worth it.