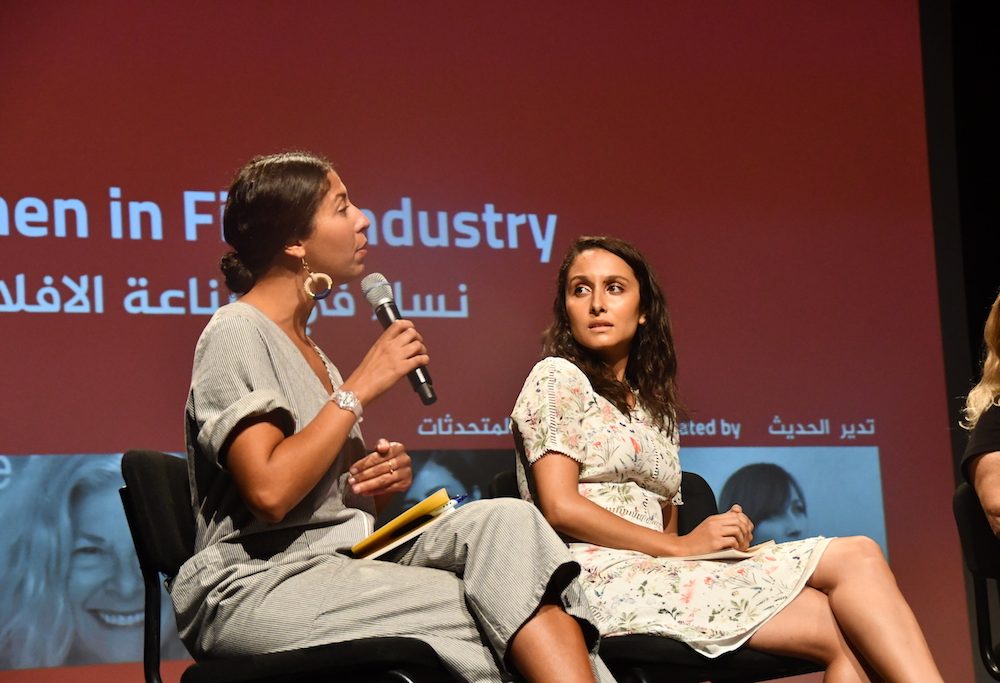 Delilah Boxstein looks at how cinema can foster change in Palestine

Under the hashtag, “We Are Israa” images of the Bethlehem makeup artist spread worldwide in September. International activists condemned the so-called honour killing of 21-year-old Israa Ghrayeb, who was murdered on 22 August by her relatives. Yet while her death has faded from global headlines, the fight against gender-based violence in Palestine is growing rapidly.

The sixth annual edition of Palestine Cinema Days kicked off on 2 October with a sold-out screening of It Must Be Heaven attended by Prime Minister Mohammad Shtayyeh. But this year’s event was about more than just movies. The festival devoted special attention to women’s empowerment with the sub-program No Means No, an initiative at film festivals across the world seeking to raise awareness about gender-based violence.

“Everyone thought we chose this topic because of Israa,” Khulood Badawi, Palestine Cinema Days spokesperson, said. “Unfortunately, it’s not because of her. Violence against women is not exceptional in our community.”

Having a parallel program focused on social issues at Palestine Cinema Days arose from the idea that film can play a critical role in implementing change. “Cinema is an important tool to change mentality and highlight issues,” Badawi said. “It is not only the responsibility of civil society organizations. It’s a shared responsibility in which media can help produce the image and knowledge.”

The No Means No section of Palestine Cinema Days featured four documentaries and a panel of international lawmakers, filmmakers and activists debating women’s rights. Violently in Love and A Thousand Girls Like Me discussed domestic violence. Freedom Fields focused on the power of sisterhood in post-revolution Libya. Backed by an all-women team, The Feeling of Being Watched followed journalist Assia Boundaoui as she investigated FBI surveillance in her Arab-American neighbourhood.

She mentioned how the documentary Violently in Love helped reform legislation in Denmark to include psychological violence as part of violence against women. “Women’s rights activists can use cinema to advocate for changing the legislation or customs.”

Jalal Khader, festival attendee and director of Sawa, a Palestinian organization working to end violence against women, believes cinema can help social justice issues better reach the masses, but raising awareness is just the first step. “People are becoming much more aware of gender equality and willing to do the change, but there are a lot of difficulties to adopt laws preventing gender-based violence,” Khader said. “The main problem is we don’t have a Palestinian Legislative Council or parliament.”

Palestine is plagued by an outdated legal system in which laws are a combination of British mandate and Jordanian, Israeli, Egyptian and Palestinian legislation. Updating laws requires approval of the parliament which has been suspended since 2007 after the civil war between the Palestinian Authority in the West Bank and Hamas in the Gaza Strip. In lieu of a functioning parliament, article 43 of the Basic Law allows the Palestinian president to issue presidential decrees.

Women’s rights campaigners including Randa Siniora, director of the Women’s Centre for Legal Aid and Counselling, are currently pushing to pass emergency laws like the Family Protection Bill, which is intended to prevent violence and empower victims. “The existing legislation is problematic because it is not providing the necessary protection and accountability in cases of violence including femicides,” Siniora said. She is hopeful that activists’ increased pressure on decision-makers will help pass the law, but so far the cabinet has only recommended it for specialized review. “There’s progress, but there’s a lot of delay,” Siniora said.

Beyond the absence of a legal framework, Palestinian society is dominated by patriarchal traditions and toxic masculinity — making feminism a taboo subject. The Israeli Occupation of Palestine adds another layer to the issue, where often women’s rights and Palestinian liberation are seen as separate instead of two sides of the same coin.

Criticism on women’s rights activism in Palestine suggests that attention to gender-based violence just detracts from the national struggle for independence. Khitam Saafin, president of the Union of Palestinian Women’s Committees, disagrees with this assumption. “When we raise our issues as Palestinian women that doesn’t mean that we neglect the real cause of our suffering as Palestinian people,” Saafin said. “We have to struggle on the two sides.”

Ghrayeb’s death sparked a fire in the community to demand change. The latest protest on 26 September gathered activists across Israel and Palestine calling for an end to gender inequality under the slogan, “You cannot liberate the land without liberating the women“. Palestinian women have had enough and with the climate of “Me Too” turning into “No Means No”, Palestinians are grabbing onto that global mobilization.

The No Means No initiative first launched in Tunisia at the Carthage Film Festival, but Badawi said Palestine Cinema Days organizers wanted to bring this message across the Arab World. “Violence against women is a global problem and we Palestinians see ourselves as part of that global movement and part of the international film industry,” Badawi said. While work on women’s rights still has a long way to go in Palestine, Badawi believes cinema can help influence a new kind of thinking in the public eye. “It’s important to take the woman’s status from vulnerable to empowered.”

« Quitting Burlesque Helped My Body Confidence
Start Your Side Hustle »