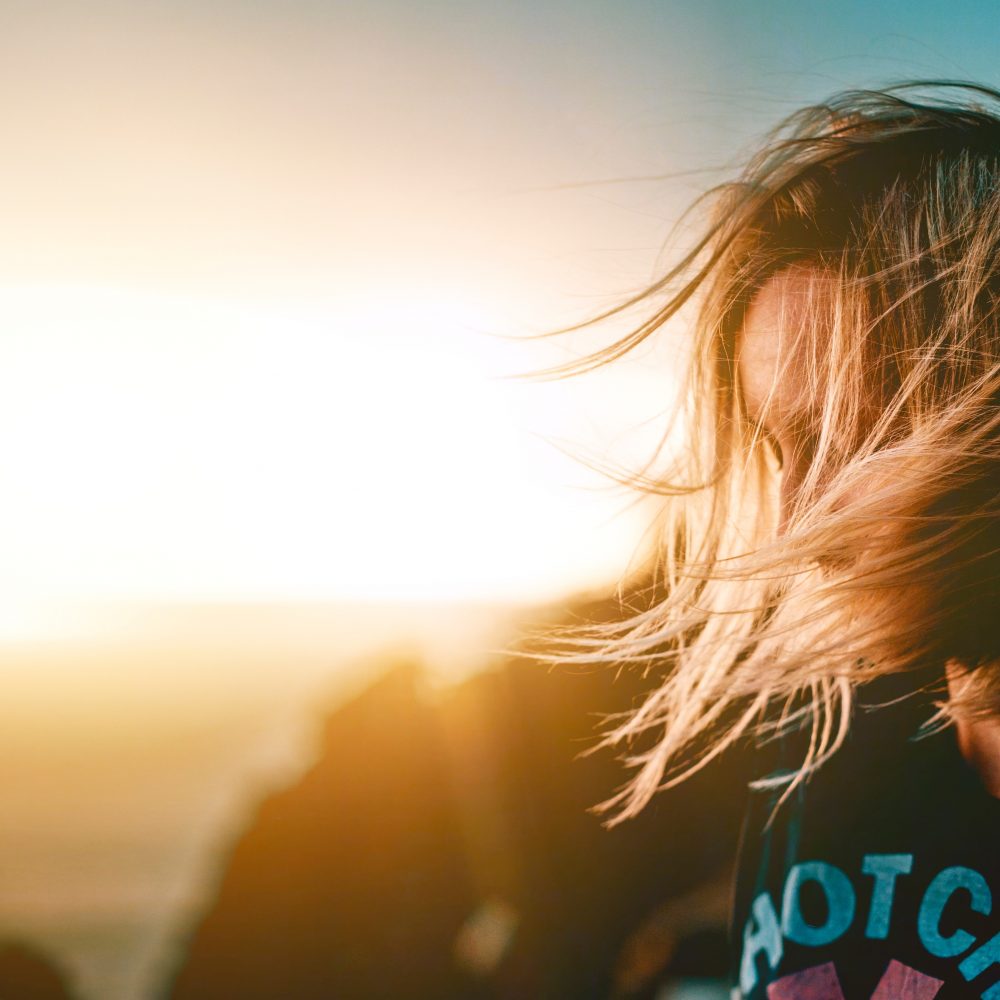 My Stoma Bag Taught Me To Love My Body

When Hattie woke up from emergency surgery with a stoma bag, her relationship with her body changed in a big way

I was 19 years old when I woke up after a three-hour emergency surgery to have my large bowel removed. I looked down at my stomach and saw a stoma bag. I had been rushed into theatre with a perforated bowel, due to ulcerative colitis, a form of inflammatory bowel disease – a disease that I didn’t know I even had – and when I woke up, I felt like my entire world had crashed down beneath me.

I was a young, severely self-conscious teenager. I had spent my teens battling an eating disorder, and I had never had a healthy relationship with my body. I would hide it away, ashamed of how I looked.

I would wear baggy clothes and hide my body away during sex, embarrassed about how I looked – even though there was nothing wrong with me. And so, when I awoke with a stoma bag, I felt even worse about myself. I felt ugly. I was in a long-term relationship, but I convinced myself that he would now leave – who would want me with a bag attached to my stomach?

I left the hospital after ten days in recovery, and I remember getting home, looking in the mirror and wanting to cry. I was met with my reflection: a severely ill-looking girl, with a large scar down her stomach and a bag sat next to it. What had happened to my body?

I spent six weeks not being able to look at the bag. I would ask my mum to change it for me, because looking down at my stomach made me want to break down. But of course, I couldn’t do that forever. I had to do it myself eventually. And so, after six weeks, I found the strength within me to do so. I remember looking down at my stomach, shaking. But changing the bag wasn’t half as difficult to do as I’d thought, and I started doing it myself regularly, trying to get my independence back. And eventually, as I changed the bag daily, I started to get used to the bag – and the stoma beneath it. And the more I got used to it, the more I started to accept it.

Three months into my recovery, and something clicked within me. I’m not sure why it happened at that point, but it did. I stood in the mirror one morning after a bag change, and I accepted my body for how it was. I realised that the bag on my stomach had saved my life. I had spent years being ashamed of my body – but my body had fought to keep me alive, and my stoma bag was a reminder of that. Why should I continue to hate it? Why should I feel ashamed?

After this revelation, I did something that I never thought I’d be able to do. I stood in front of the mirror, in nothing but my underwear with my stoma bag on show, and I took a photo of myself, before uploading it to Facebook. I was shaking as I did so, I was terrified about what people were going to think – what they were going to say. Would they look at me and think I was disgusting? Would I regret sharing the photo? But within a couple of hours the photo had more than 10,000 likes, and hundreds of supportive comments from people I didn’t even know, telling me how brave and how beautiful I was. I took the photo not only to share what had happened to me, but because after doing so, there was no looking back. There was no hiding away. Everybody would know, and therefore I could embrace it without feeling like I was carrying around a secret.

I am not the only woman who has done this. Lots of other women with stoma bags have done the same, and I know they have also found it liberating. Of course, everybody handles it differently, but I feel like sharing a photo is like a weight off of your shoulders – like you can just be yourself, and be open about your struggles with the world.

My relationship didn’t suffer with my stoma bag. My then-partner was completely accepting of it, and seeing how he still loved me, I knew I had to love myself, too. I remember making the decision to treat my body better – to love it, and to embrace it – instead of hiding it away.

Instead of baggy clothes, I started buying pretty clothes that I actually wanted to wear. I didn’t want to hide anymore. I was completely and authentically me, and it had taken my body fighting for its life to finally realise that.

I even bought myself lingerie – something I had never done before because I had always felt so conscious of how I looked in it. I remember feeling nervous trying it on, worried that perhaps I shouldn’t be wearing it – but I walked into the bedroom and my partner loved it. Seeing how much he appreciated how I looked made me realise that I was still sexy. I was still wanted. And that night, I felt more confident than I had ever felt having sex – and I even enjoyed it more, because I felt free.

I did consider buying covers for the stoma bag, but I chose not to in the end – they can be a bit annoying to put on, and also I felt as though a cover would draw more attention to the bag. And during sex, I wanted the attention on me – not on what was on my stomach.

It’s funny, really. I had spent years with no scars, no bag – but I had always hated my body. And then, a life-changing thing happened to me, which ‘old me’ would have thought was the worst thing in the world. And although at first I did, I realise now it was actually the best thing that could have ever happened to me – because it finally made me love and appreciate my body. It gave me a confidence I had never experienced before. I looked in the mirror and actually liked what I saw – because not only did I see myself, I saw my stoma bag, which reminded me of the strength and determination I had within me.

I learned through having a stoma, that I wasn’t any less womanly or attractive. Not at all. It transformed me into an entirely new woman – someone who was confident and strong.

Someone who appreciated her body for fighting to live – and for giving me a second chance at loving it.

« Have We Forgotten How To Flirt?
Chilled Red Wine is Most Definitely a Thing »