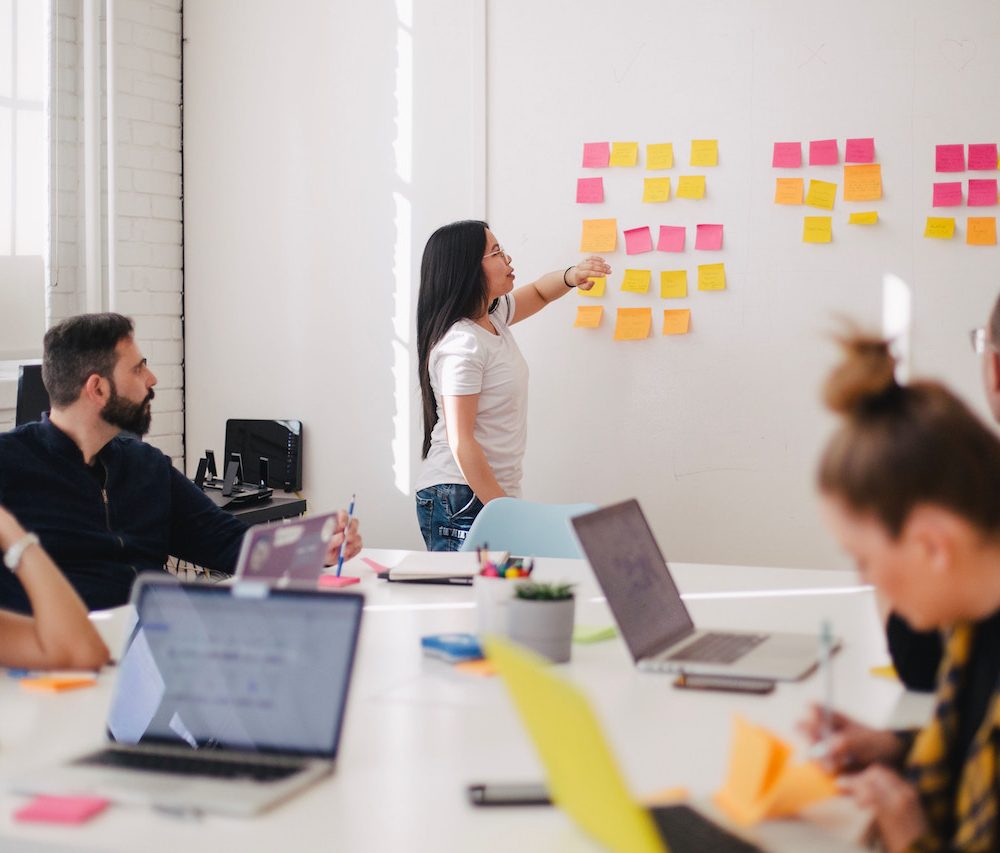 Nicole Lane discusses feeling mis-identified, judged, and alienated because of her sexuality

A few years ago I was seated amongst a few queer coworkers when one chirped, “Nicole is my token straight friend!” with a giddiness in her voice that resulted in me clenching my jaw. She was wrong, of course, as I identify as bisexual. But how, in this moment, was I supposed to express my orientation safely and bravely? I knew that if I said, “Um, hi, I’m bi,” it wouldn’t be valid enough so instead, I sat feeling mis-identified, judged, and alienated. These coworkers were aware that I identified as bi, yet they decided to ignore it. It happens all of the time – bierasure – and it’s an exhaustive way to navigate through life and the workplace.

As a long-standing bisexual, I’m familiar with stigmas saying we are “confused,” or “not gay enough”. Throughout my life it’s forced me to submit to people’s preconceived notions of me. They read me as straight and I decide it’s too much of a hassle to state otherwise and eventually appease them. It’s important to know that these biphobic incidents exist within the hetero community and the LGBTQ community. Bierasure is rampant, especially in workplaces. I’ve lived as a bisexual for my entire life and I’ve lived in the in-between world of being neither closested but also not “out.” Being bi isn’t something that I necessarily bring up and it’s also not something that I hide. So when a co-worker assumes I am straight, I don’t know how to react. I’m stopped in my tracks, mouth agape, searching for the words to politely tell them they are wrong.

Based off of the gender of the person I’m dating, which is currently a queer cisgender man, I am assumed to be straight. That’s fair, I guess (not really). If I was married to a cisgender straight man, I would still be bisexual. If I dated three cisgender men in a row, I would still be bisexual. If I date cisgender men for five years, I am still bisexual. I am in love with a man right now, but I am still bisexual. Relationship history – I feel like I could scream this from the rooftops – does not determine someone’s orientation.

Bisexuals have a slight majority in LGB statistics, with 1.7% identifying as gay or lesbian and 1.8% identifying as bi. According to GLAAD, bisexuals are six times more likely to hide their orientation. Furthermore, 60 percent of bisexual people report hearing biphobic comments or jokes at their work place. Bisexuals, even in 2019, are still considered “promiscuous,” and as someone “going through a phase”. The “greedy” group of the queer community faces something called “double discrimination”, where they face discrimination from the straight and queer community. Of course, for many people in the LGBTQ community, bisexuals are privileged because of our ability to “pass as straight”, therefore adding another layer to the alienation of bi people. Will I ever be queer enough? As a feminine bisexual I think to myself, probably not.

These types of behaviors and comments have an incredibly negative impact on me and the entire bi community. Bi people experience more mental and physical health problems than people who identity as gay or lesbian. Suicide ideation, mental distress, and poor general health is more prevelant as well.

In the last decade, LGBTQ awareness in the workplace has adopted non-discriminatory policies to advance their offices into inclusive, brave, and safe places. Places of work don’t intend to create environments of biphobia but most workplaces that implement LGBTQ inclusive spaces are solely focused on gay and lesbian networks. Equity trainings, public policy efforts, employee groups, and protection can help further educate people but they do not solidify a larger cultural change (something that exists outside of the office, too).

Assuming my heterosexuality has been toxic in previous experiences. I have felt immense loneliness and been misunderstood. My anxiety sky-rocketed when working in a place that celebrated their LGBTQ work environment yet joked about bisexuals not “being real”, or only assuming women-identifying people could be bi. My sexuality was disregarded as a fad, or a trend, to fit into a vague view of what it means to be queer.

It can be easy to remain silent about my identity. To ignore all conversations about orientation. To nod and smile and say, “I’m straight”, but to be true is to be myself and to be myself results in a much more positive and proficient experience wherever I am employed. At many of my places of work, sexual orientation has been a respected conversation. Nevertheless, hetero people comfortably share their private lives with the office. From photographs on their desks, to casual water-cooler talk, a straight person’s personal life is safe and easy. Where LGBTQ people remain silent, hetereo people can thrive. And for bisexual persons, it becomes incredibly muddy. A photo of my male-identifying partner on my desk paints me as straight. Sometimes, it’s easier that way as I find myself hiding the truth in order to avoid any room for stereotypes or misconceptions which further affect my mood and feelings towards work. Although people, or coworkers, may not be outright judgemental, I still feel the need to prove my bisexuality to the public.

I am a monogamous bisexual in a long-term relationship with a cisgendered man. I’m lucky to work in an LGBTQ newsroom surrounded by queer journalist icons and trailblazers but I still find myself remaining private about my orientation. It’s something I’m working on, it’s something I want to be vocal about. I owe it to my bisexual friends across the globe who feel invisible or ignored. We aren’t the butt of everyone’s jokes. My twenty nine years of being bi isn’t a fad.

A week or so ago, a coworker who sits near me said, “Hey! I’m bi, too”, after seeing a tweet of mine. It was a breath of fresh air. A simple type of validation, a fellow bi-companion in the office. It means something.

The people who I spend Monday through to Friday, eight hours a day with, see me more than my own partner does. They see me when I’m late, when I mess up, when I’m sick, when I’m being promoted. It’s only fair for them – and for me – to be my most true and bi self.

« Prince Andrew Still Has Questions to Answer
What Is Science Doing To Help Survivors of Sexual Assault? »