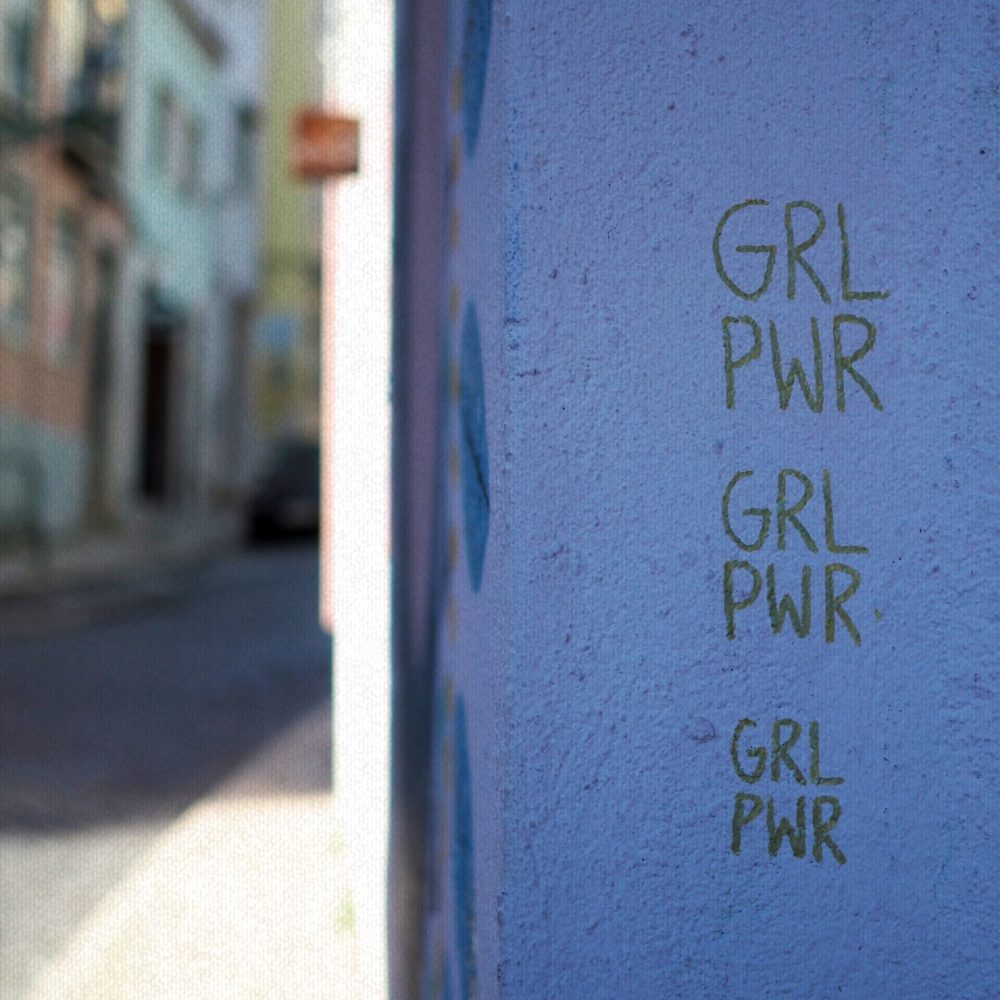 My Changing Relationship With Feminism

As the child of a laddish 90s pop-culture, one Restless writer explores her changing relationship with the cause

We’re living in a new wave of feminism. It’s becoming intersectional, there are prime time tv shows highlighting the struggles women have (praise be!), and whether you think the commercialisation of feminism – ‘This is what a feminist looks like’ T-shirt, anyone?  – is a good thing or a bad one, you can’t deny that it has people talking, and has put the movement it at the forefront of people’s minds and into people’s mouths. And yet, the word itself was one that, for most of my twenties, I’d rather have spat back out.

History’s waves of feminism have seen it change and adapt each time, and it seems my life is no different. I grew up the product of the sort of feminism that came from ‘girl power’, raised on a diet of Spice Girls in a family of three women and one man. My teachers commended my inquisitive nature and when people said “girls can’t do that, only boys can” I’d be the first to ask why. I would actively call out boys in school for being “gross male chauvinists”, and when the boys v girls argument would inevitably fire up in the playground, I’d fight the fair fight and talk girls up whilst never talking the boys down.

But fast-forward to my late teens/early twenties and feminism was an ugly word, used by ugly women to discredit men. Yes, I really thought that. How had I failed the fiery young girl I once was? I hate to put the blame on men and become a ‘typical feminist’ but, well, it had a lot to do with men. Although, I take full responsibility, my need to be wanted and desired by men made feminism an unattractive prospect. Why was I quite so desperate to be wanted? After months discussing this in therapy, I could write a whole essay on this alone. But in brief, it had a lot to do with the fact I felt my value and worth as a female was based entirely on my looks and what men thought about me, messages that a very unfeminist ‘90s and early noughties media and pop culture perpetuated regularly. Where were the campaigns featuring women of different body shapes? Cellulite? Stretch marks? No make-up? They hadn’t hit the mainstream yet – unless being pointed out in ‘circle of shame’ style features  – and that became an incredibly dangerous partner to a self-confidence rocked by having been bullied in my early teens for being “ugly”. Oh, and to throw in another nugget of information from therapy, most likely due to things that happened in my family whilst I was growing up, I had also been nurtured to become a serious people pleaser.

Looking back, my lack of feminist belief comes as no surprise given the bigger picture was basically a recipe for disaster. It doesn’t help that women, in general, are taught from a young age to be emotional supports. We build people up. We give them comfort. We’re told to be ‘good girls’ that don’t cause drama. How does this manifest as a 21-year-old? Why, in being afraid to be honest and open with men when it might displease or piss them off, opting to flatter their egos instead..

Cue my willingness to tell the first men who took an interest in me whatever they wanted. “Yeah that’s fine, call me Jenny if you want…” “Feminism? Ugh gross, that’s just for ugly women that can’t find a guy, am I right? Ha ha ha!”

In my need to be wanted, I sucked up all their parasitic views on women and feminism and became a double agent. Instead of yelling “fuck the patriarchy!”, I was fucking the patriarchy. Now, that’s not to say every man I became friends (or more) with during this time had those views – #notallmen ­– but the ones I chose to surround myself with, the popular guys who played on sports teams and revelled in the most male-dominated areas of our society, often did. And what started off as ignoring red flags, such as boyfriends saying “it’s ok if I’ve slept with over ten people, but I’d never trust a girl who’s slept with over ten because then you know she’s a slag – it’s different for guys and girls”, or laughing off the occasional sexist joke about women drivers, soon turned into accepting borderline abusive relationships.

University was a low point in my own personal history of feminism. My boyfriend regularly gaslighted me, regularly calling me crazy for being mad at a week’s calls and messages being ignored. He would aggressively grab me by the neckline of my dress and pull me into him on the dancefloor. When I asked him to stop being so rough he’d say “fuck you then, you boring bitch”. I learned to read his aggressiveness as affection. At least he WANTED to pull me closer, right? Oh, and he called me “bitch” a lot. “Hey bitch, come here bitch!”.

It was a product of the lad culture that pervaded my university, where women were objects to be played with and sports teams could grab and touch anyone (with a vagina) that they wanted. If you objected? You’d be cast out of the group as no fun – and nobody wants to be no fun at university, especially not a girl who grew up as an “ugly” people-pleasing outcast. And when it came to sex itself?

I can’t remember ever having an orgasm with a partner from the age of 18 to 24. I faked it, of course. The classic combination of not wanting to crush their egos and just wanting to get it over with so I could go to bed meant my pleasure didn’t matter. Sex was performative. So long as I was pleasing them, I’d become irreplaceable, surely? I reduced myself, over time, to a male-fantasy, the infamous cool girl of pop-culture that the iconic book Gone Girl later called out and tore down.

A huge turning point for me came at a cosy, casual burger joint on a date with the aforementioned boyfriend. “I want to smash this fucking glass over your fucking face,” he said to me, deadpan, staring directly into my eyes across the table, hand gripped around the glass. But it was a joke. Yes, see, FUNNY! Funny, funny men.

But I stopped laughing. Feminism no longer seemed an ugly, dirty word. A new wave of feminism was starting up in my life.

I’d love to say I broke up with him there and then, but it took much longer. In fact, it took me moving out of the city to London, and HIM telling ME he couldn’t do long distance. But leaving that small university bubble and hitting the larger, liberal bubble that London was becoming changed everything. Women here were angry. And it was beautiful. They were strong, independent, and pissed off at the patriarchy. Messages in the popular media changed, social media pushed new political standpoints and more feminist ideas came into the mainstream. People were challenging old views, and others were listening. I soaked up these new attitudes and felt myself becoming more like I was as a child. Fiery. Inquisitive. Willing to challenge and discuss people’s views. Sexist jokes? Not only will I not laugh, I’ll tell you how unfunny they are. Bonus points to me for crushing a male ego there instead of flattering it. Oh, that makes me boring? I don’t care, because why would I want a man who finds sexist jokes socially acceptable to like me?

Feminist is now a word I say with pride. Who wouldn’t want to be one, after all? I look back and I know my relationship with feminism came in part from a lack of understanding of what it really meant. I’d swallowed the pervasive idea that it meant hating men, swallowed it down in the need to be wanted by those men. But I don’t believe I ever really turned my back on feminism.

It just became misunderstood, and in the environment, I was living in it became normal to suppress it.

And that’s okay. If anything, I think going through these experiences has helped me be so passionate about it today. Passionate. Angry. Fiery. Feminist.