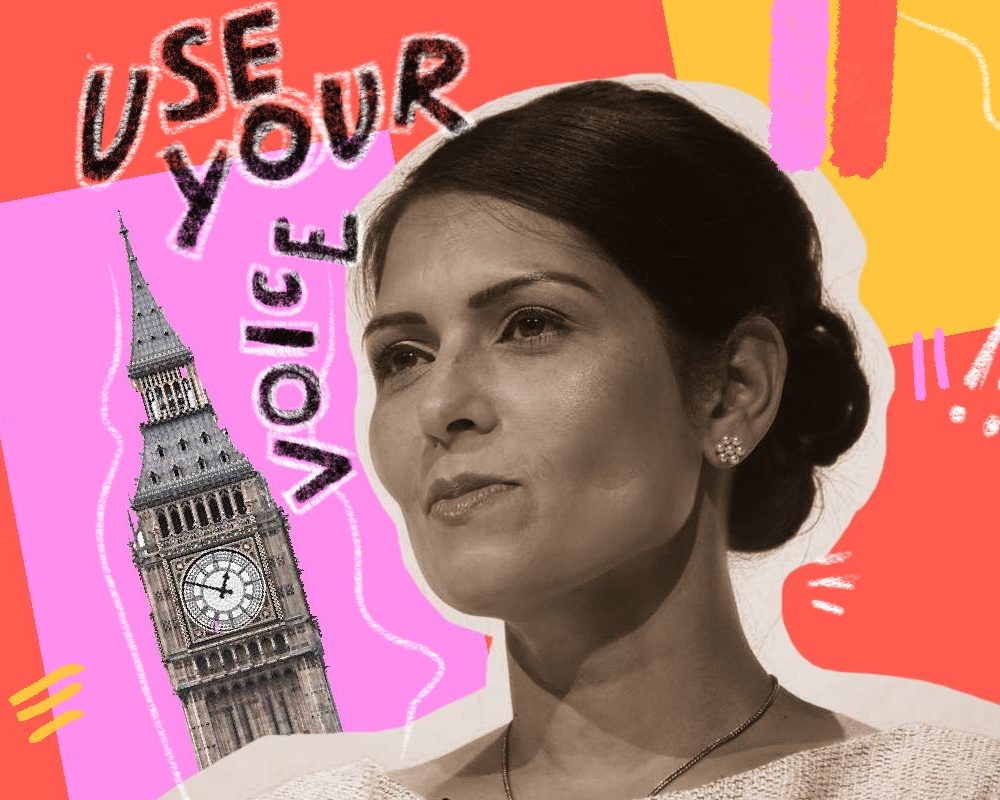 Minority MPs Must Call Out Racism

Sure, we have a more diverse cabinet. But for Tahmina Begum, mere representation is just not enough

In the current Tory cabinet, I should feel represented.

The UK has three cabinet ministers of South Asian descent, four before Chancellor Sajid Javid resigned. In actuality, looking at the state of South Asian representation in British politics, I feel embarrassed.

When Boris Johnson became Prime Minister in 2019 and curated his cabinet, many praised him on having ethnic minority faces, such as Priti Patel and Sajid Javid, in his wings, advising the direction of the country when transitioning out of the EU. Yet all they have been so far are faces.

In 2020, Rishi Sunak has been appointed as Chancellor of the Exchequer. His voting record shows he voted against the right for EU nationals to live in the UK and consistently voted for stricter asylum and immigration laws. He has generally been against the progression of equality and human rights laws.

Suella Braverman, the new Attorney General who will assist cabinet and who comes from an Indian background, has continuously voted against gay marriage in the UK and Northern Ireland. He has voted to cut local government funding, and against paying higher benefits to those in need, while opposing investigations into the Iraq war, as well as banks paying higher taxes.

Furthermore, David Lammy, MP for Tottenham, recently called out Secretary of State, Priti Patel for walking out of the House of Commons, before being able to be questioned on the case of Jamaica50 – a deportation flight full of citizens, some who had committed minor crimes, who were being forced to leave the UK.

“What’s the point of them?” was a sentence that was blurted out during a recent dinner table conversation, when discussing the people of colour currently in Conservative political power.

The rebuttal made by some belonging to the older generation was that it was good enough to be able to have politicians of the same background, someone children could look up to and see themselves in. But I would argue, that’s the chasm in perspective between the first and second-generation wave of British South Asians.

In my parent’s generation, an era where ‘paki-bashing’ was a local hobby and Indian restaurant windows were kicked in every Friday night, having a politician who looks like them, who is highly educated and has frankly won the immigration lottery (in that their parent’s migration resulted in social and financial success) is a form of aspiration. But for my generation, mere visibility is not enough.

On one hand, we have Priti Patel reminding us at the Conservative Party Conference, during a speech against knife crime, “This daughter of immigrants needs no lectures from the North London metropolitan liberal elite”, moments before ending the speech targeted at “criminals” by stating “we’re coming after you”. She fails to recognise all the research compiled across decades showing the link between poverty and knife crime. She refuses to see the connection between a lack of financial support for schools, youth workers and young people in areas of austerity – all that she has voted against – and the very crime she wants to halt. Is she arrogant enough to think this is a faraway issue, where black and brown bodies have largely caused harm to themselves?

Patel has also spoken recently on Sky News when addressing the new immigration plans, explaining who will be allowed to migrate to the UK. “There’s no such thing as dabbling in drugs, these are serious offences that were committed,” says Patel on who will not be allowed to enter the UK. This after a summer in which seven out of 11 Tory leaders, including Boris Johnson, admitted to dabbling in said drugs.

Continuing in another tweet: “If this were actually true of course more than half the country would be in prison and it would NOT be the the half that currently is in prison…”

This virtue signalling that Akala speaks of is prominent across the South Asian representation in the Tory cabinet. It appeases the general British white public as well as parliament through assimilation. In other words, their values don’t rock the boat.

If anything, it tells white society that though they are an ethnic minority in parliament, they are no threat to the current system of racism and will still be enforcing laws against immigrants, just as any other politician may do, regardless of their race. Perhaps even harsher sentences, in order to distance themselves from their connection to black and brown stereotypes and the stigma surrounding being an immigrant.

Anti-blackness is also a key element within this cabinet. A non-black person of colour does not have the same perspective as a black person, so by calling young people who get caught up in gang violence, the majority of whom are black sons, by naming them ‘criminals’, it is revealing not just of Patel’s policies but of her racism – and the racist attitudes agreed upon and accepted around her.

Another example of this attempt to assimilate and its effect on brown and black bodies was Sunak’s recent comment to the BBC. He said he only experienced explicit racism once as a child in the 1980s, adding that he “can’t conceive of that happening today”.

It’s not enough for ethnic minority members of parliament to skirt around racism and say they can’t fathom such lived experiences, especially when we live in the era of social media and documenting trauma. Ethnic minority politicians have to be anti-racist.

It may be argued that authentic equality in parliament is when politicians vote and behave in a way that they believe is correct, without feeling the burden of carrying and representing their communities on their back — like any other white politician. This is fine, as long as the same ethnic minority politicians do not sink their toes into their communities and then play the race card when they feel like it.

For example, Priti Patel speaks of empathising with the immigrant story, yet she has admitted if the same points system she has enforced for stricter immigration this year was prevalent when her own parents were trying to emigrate to the UK, they would not have been able to. Arguably, she would not be where she is today.

Interesting how Patel remembers her roots when sitting next to Bollywood stars, or Sunak reminds us of the religious background he’s proud of and then takes pictures pouring a Yorkshire brew that go viral— in case you were scared for a minute that he was too ethnic for your liking.

Ethnic minority cabinet members should also remember the communities that have allowed them to be in the positions of power they presently reside in. People of colour have voted for them in the hopes of progression. That maybe an MP, a chancellor, a member of parliament, who understands the set up of said marginalised communities will work in the hopes of equality.

Instead, we have ethnic minority members pulling the ladder back up so fast that they show us that skin folk are not kinfolk. And just because you’re of South Asian descent, it doesn’t mean you will be there for the communities who have propped you up or needed you. It’s diversity at its most surface. We shouldn’t be fooled by this weak attempt at inclusion – as I said, it’s all face value.

« What’s In A Name?
Debtstagram – A Creative Solution To Our Debt Problem? »