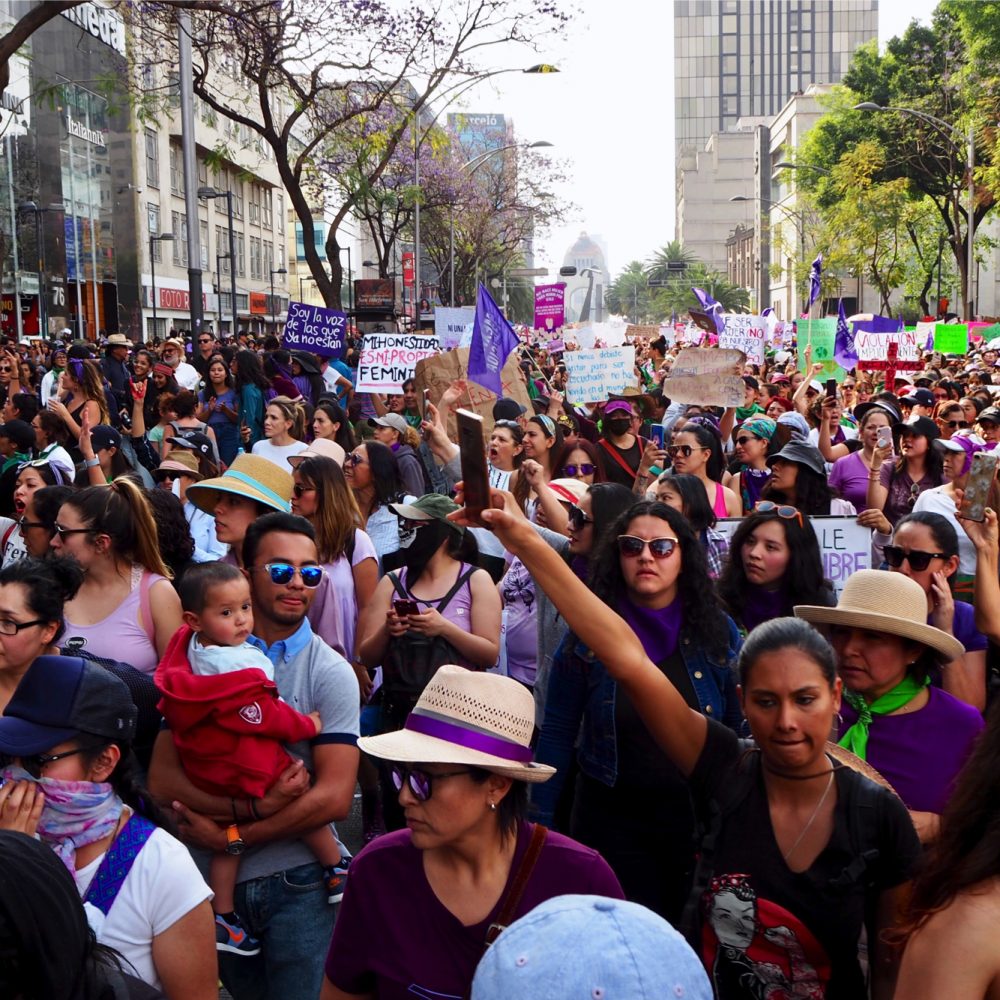 On average, ten women a day are murdered in Mexico. The government isn’t doing anything about it – but women are fighting back

On Sunday March 8th, hundreds of thousands of women united in cities across Mexico, Latin America, and the world to march for International Women’s Day. But in Mexico, this was not your typical annual march.

In Mexico, femicide rates have increased across the country over the past few years. This past year in particular was filled with protests, vigils, and marches in response to femicide cases. Despite this, the idle government did not increase their response towards femicide and gender-based violence, fueling the visceral anger amongst the city’s and nation’s women. It’s understandable considering the fact that so soon into 2020, several of these cases have already taken place, with a few particularly gruesome cases occurring in Mexico City.

At this year’s march, an estimated 80,000 women of all ages, political views, and classes were angry and ready to show this to the government without limits. “We are the voice for those who are no longer here,” read signs across the sea of green and purple, the colors of the feminist revolution.

At first, I felt out of place as a foreigner participating in Mexico’s women’s march, but then I realized that this isn’t a ‘Mexican’ problem or a ‘Mexican’ movement. It’s a global women’s movement where the aim was to give a voice to the crisis in Mexico, to call out the country’s government, and to show the world what is happening and what united women are capable of. Being a woman, it was exactly my place and my responsibility to participate in this cause and share what transpired with others. After all, injustice somewhere is injustice everywhere.

Fueling the intensity of this year’s march, there are two main problems at play in Mexico that you need to know about:

Femicide — the intentional killing of women for no reason other than their gender — is more prevalent throughout Latin America than other regions of the world, accounting for 14 of the 25 countries with the highest femicide rates globally. Last year in Mexico, 3,825 women were murdered — an average of 10 per day — however, only 1,006 of these killings were officially registered as femicide. Compare that to 426 in 2015. In just 5 years, this rate increased by 137%. Many of these cases are grotesque, with recent bodies of girls and women having been found on the side of a highway, in a plastic bag, skinned, mutilated, disemboweled, and with signs of rape and torture. 61% of femicides are committed by a woman’s former or current male partner as opposed to a stranger or abductor, and the government only registers these murders as femicide if the victim’s bodies show “degrading” injuries or if a “sentimental relationship” existed between her and the killer, which rules out about three quarters of cases as femicide. Since femicide and other forms of gender-based violence have increased through Mexico City and the country, women are angry. Justifiably so, as they live in constant fear of their lives and the lives of loved ones, with a government that isn’t protecting them.

Impunity and the lack of the state’s response

One of the most cried out chants at Sunday’s march said, “the oppressive state is a macho violator.” The Mexican government’s response — both over the past few years and recently as the situation has worsened — has been completely inadequate. Victim blaming is the common discourse, propagated throughout society and up to the highest levels of government. What was she doing by herself that late at night? Why was she drinking? Why was she wearing a skirt? On Sunday’s march, women shouted back, “it wasn’t my fault, not because of where I was or what I was wearing,” a phrase from the performance protest piece “Un violador en tu camino (A Rapist in Your Path),” which launched in Chile in November 2019 before spreading globally and becoming a feminist anthem across Latin America. Instead of blaming women for behaving in ways that ‘provokes’ their own deaths, how about asking, why are so many men committing these crimes and how can we teach our society, boys, and men to treat women with dignity and respect?

The state’s inaction reveals their lack of willingness to improve the issue. Only 49% of cases are investigated, about 6% of cases go to court, and a staggering 1% result in prosecution, bringing the impunity rate to 95%. Many cases are not even reported in the first place since victims or their families think it’s a waste of time or don’t trust the authorities. In this system, femicide becomes not only normalized, but tolerated. Esentially, men can murder women with no consequences.

In this system, femicide becomes not only normalized, but tolerated.

Andrés Manuel López Obrador (AMLO), Mexico’s president, has continuously brushed off women’s issues and the feminist movement and has instead prioritized agendas he himself found more important. For example, after scheduling a raffle for his presidential airplane on March 9th, which coincided with the nationwide women’s strike, referred to as the paro nacional with the hashtag #UnDíaSinNosotras, AMLO insinuated that the strike was a plot by conservative opponents against his government and casted himself as their victim. In press conferences, he has failed to say the word “femicide” while discussing the issue dismissively. The system is broken, and to it, Mexican women chant, “we have to kick out this patriarchal system!”

While our primary weapons of war are our words, our numbers, and our unity, some feminists and anarchists took the demonstration further. Attention-grabbing tactics used by the most invigorated feminists and activists included: dying the water of two of the city’s fountains red to simulate the blood of women murdered; graffitiing walls and public property (oftentimes including historic monuments like the famed Angel of Independence or political buildings) with feminist symbols and slogans such as, “Mexico, femicide state,” “kill your rapist,” “not one less,” and the names of the murdered women; breaking down barriers; spattering blood-red paint on buildings’ facades; painting the Zócalo with the names of murdered women; smashing glass entrances to large corporations (including a Starbucks and international hotels) or buildings where justice is (supposedly) carried out; and chucking lightly-explosive plastic bottles into buildings.

While the march was mostly peaceful, some points turned aggressive as women clashed with police forces, who then unleashed gas on the crowds. A group of women — dressed entirely in black with their faces covered except for slits for their eyes — rioted for a handful of minutes.

Many of us who marched alongside this crowd did not necessarily agree with the increasingly radical tactics, but most women didn’t fully disagree either. The violence and aggression this group of women unleashed in their brief riot does not compare with the violence experienced by the thousands of women who are killed, the thousands more who are abused and assaulted, the thousands more who are forced to conduct illegal abortions in unsafe conditions, and the thousands of family members who may never receive the truth or justice for what happened to their loved ones. The ‘angry feminist’s’ few minutes of violence do not compare with the violence that the state has employed and continues to employ every day and to every case of femicide by not responding, not investigating, not prosecuting, and not keeping their society safe. The riots and vandalism are not for fun — they are to bring attention to the reality of the crisis and to demand justice. The state’s silence, inaction, and impunity is the true act violence.

“We’re bad, but we can be worse,” they cheered, showing the state what they are capable of and that they’re willing to go further if needed, as long as needed.

What’s next? Sunday was an incredibly high-energy, passionate, angry, political, and historic day. It’s still too early to know how the government will react, and if their reaction will translate into any actual policy changes, or at the very least shift their discourse around femicide. But Mexico’s women make one thing clear: they cannot be silenced, and they will not stand for no change.

« Just Be Kind
How to Cope With Self Quarantine »