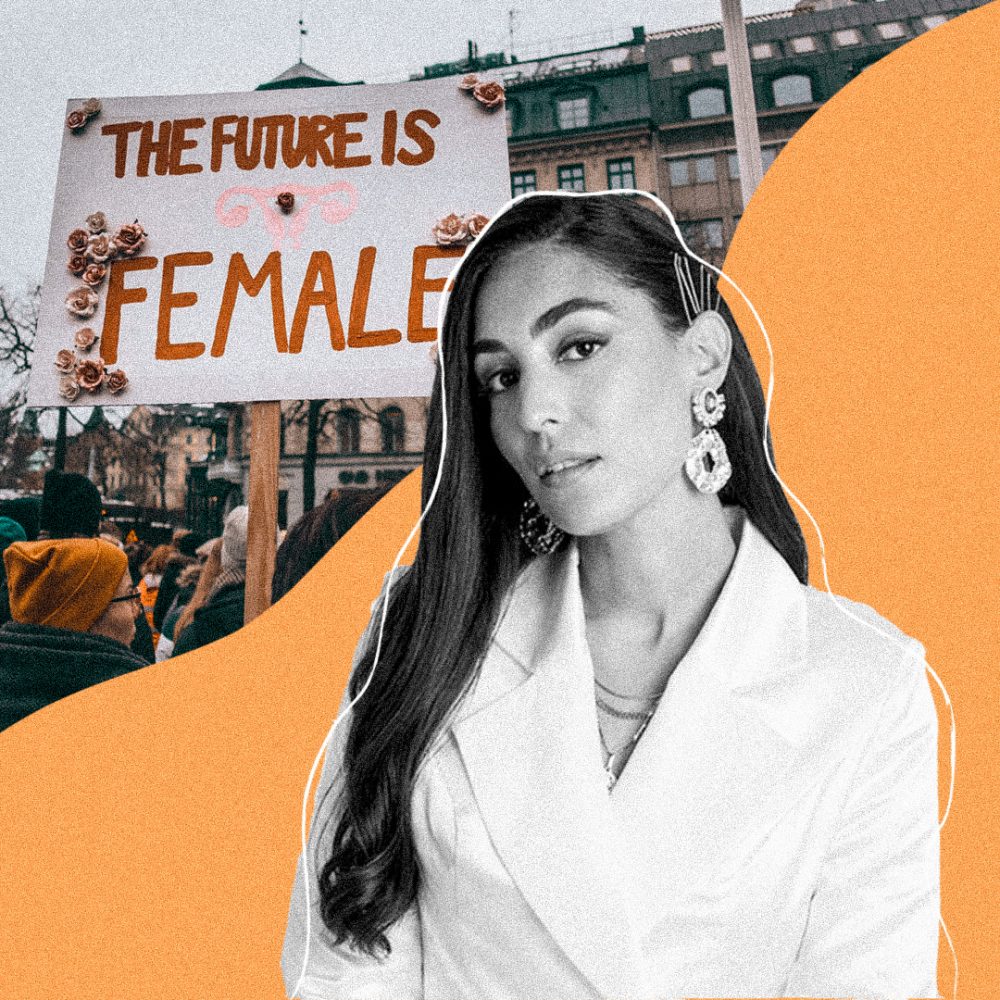 On the last day of the year, and of a decade that had brought with it an abundance of changes, I – like many the world over – took some time to reflect on what had passed, and what was still to come. On the precipice of #NewYearNewMe, my girlfriends and I made lists of the things we wanted to let go of and of what we wanted to manifest, pondering long and hard about what it is that bring us joy and what no longer serves us.

Of course, we don’t need to wait until January 1st to make sought-after changes, and we all know that things never work out quite as we plan, but allowing ourselves that space to dream can provide focus and clarity. It’s an opportunity to mute the noise and societal expectations, and figure out what it is that we want – whether or not that is in tandem with the world’s expectations or assumptions. Perhaps especially when they are not.

In a world that dictates that women need to be desired and likeable, that we are the ‘nurturing gender’ and therefore that it’s a woman’s role and duty to be everything for everybody, acting or even just wanting different is hailed as selfish and self-centred. Tuning those messages out and putting ourselves first is therefore a revolutionary act and why ardent resolution maker Meghan Markle, who days into the new year announced that she was doing just that, is my 2020 goals.

Much has been written about Meghan and Harry’s decision to step away from their royal duties. A barrage of hurtful words and assumptions have been used to describe her in the days since, and indeed in the years before. Having become a tabloid constant, thinly veiled racism and misogyny consistently hurled her way for everything from enjoying avocado on toast (“a favourite snack that fuels drought and murder”, as the Mail put it); to the way she held her baby bump and beyond, it’s little wonder that she is no longer keen to pander to the maelstrom, and to the ideals of a country and a monarchy that are evidently against any kind of ‘difference’ or modernisation.

What’s more, that the blame seems to be aimed predominantly at Meghan, as if Harry is not a grown man capable of making his own decisions (and with an abundance of reasons to have reached this conclusion, not least the similar treatment of his mother, Princess Diana and her tragic end), is further evidence of the pervasive ingrained misogyny and racism, and of just how much the burden of responsibility is placed squarely on a woman’s shoulders.

“I think Meghan Markle is an inspiration to anyone who has ever been bullied,” tweeted author and mental health campaigner Matt Haig in the days after the announcement. “You don’t have to put up with bullshit because it is ‘expected’ or because it is ‘part of the job’ or it ‘comes with the territory’. Live your life in accord with your own terms, not the terms of haters,” he eloquently continued.

His argument is one I invoke in my recently released debut book The Greater Freedom: Life as a Middle Eastern Woman Outside the Stereotypes, in which I tackle many of the assumptions and expectations that are placed on women, cross-culturally. From what we should look like, how we should behave, what we should want and who we should be, women are held to different and impossible to abide by standards.

In truth, it’s heartening that our generation is one that refuses to pander to the ideals of a ‘stiff upper lip,’ and one that is beginning to understand that just because something has always been done a certain way, it doesn’t mean that it’s the right way, or that it’s reason enough to continue. Ours is a generation that is increasingly understanding the importance of setting boundaries and of living authentic lives.

Indeed, women have never been so free to make our own choices and to carve out our own life paths. Testament to this, divorce rates have never been so high, women (and men) no longer honour bound to stay in unhappy marriages or unhappy situations out of guilt, shame and expectation.

It can’t have been an easy decision, but that the couple have finally and firmly and very bravely turned their backs on it all, choosing to put themselves and the happiness and security of their immediate family, over obligation, expectation and tradition is inspiring in so many ways and is a trail-blazing example of self-care. What’s more, it now affords them freedom to dedicate themselves to the causes and activities they truly believe in, using their fame and reach for the greater good.

Meghan having the courage to walk away from what many imagine is a charmed and fairy-tale existence challenges the idea of happily ever after; that bagging yourself a prince, or being successful in the eyes of the public, is the be all and end all, and that the price that comes with that is one worth paying. By putting herself first she has said that no matter what, her happiness and mental health and security is more important. A worthy goal for us all – this year, and beyond.

Alya Mooro is the author of the bestselling The Greater Freedom: Life as a Middle Eastern Woman Outside the Stereotypes.

« An Unhappy Silence
A Tale of Two Textures »