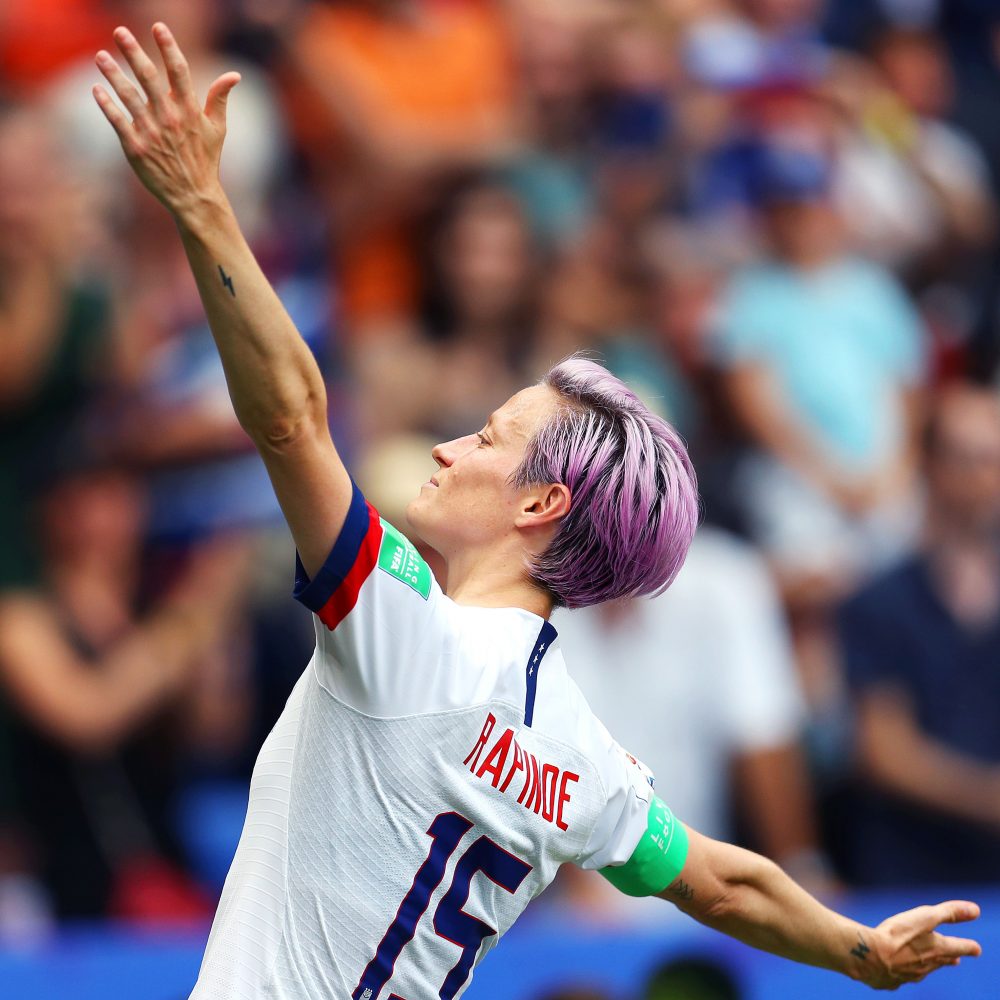 There are certain universal balances that never fail to help us. Sometimes we have to work out how much we want something by what we’re prepared to give up for it. At other times we only have to know who somebody’s rubbed up the wrong way to know that, in a pub fight, we’d be firmly by his or her side.

Last week, I wrote about at least one good thing going for the incoming President of the European Commission Ursula von der Leyen – namely, that Anne Widdecombe made clear her disapproval, so that’s a big tick in favor of the German politician’s appointment.

This week has seen a young female athlete incur the wrath of Donald Trump. Not so unusual, you might think – after all, is there a woman on earth he actually likes or respects apart from mini-me Ivanka? However, what is strange is that this woman is no hostile anchor-woman (Megyn Kelly), disapproving premier (Theresa May) or even an absent Duchess (the other Meghan). Instead, it’s someone celebrated for covering Trump – or at least his nation, and isn’t that the same? – with sporting glory. Why then the rancour?

Come the hour, come the woman. Megan Rapinoe is undoubtedly the brightest star to emerge from the Women’s World Cup. In front of record-breaking global audiences, as well as scoring a penalty to help the American team to victory at the weekend’s final, she secured the Golden Boot as the tournament’s top scorer. That she also became the oldest woman ever to score in a World Cup final, was also named player of the match, and did all this with her distinctive shocking purple crop bouncing as she held her arms aloft is a lesson in how quickly sporting legend can be made.

But the 34-year-old Californian clearly didn’t get the memo that her sporting endeavours were all meant to be carried out in the name of her Commander-in-Chief.

Instead, before the US team even got to the final to win an unprecedented fourth world title, she went on record to say she wouldn’t be making any trip to the White House, should the team go home with the Cup. This decision follows her previous descriptions of Trump as “misogynistic”, “small-minded”, “racist” and “not a good person”.

Donald Trump inevitably responded to her comments in France, first with sanctimonious admonishments about respecting the country, the White House, our flag, “especially since so much has been done for her and the team” – followed by the more inflammatory, more Trump-like, “Megan should win first, before she talks” – and that was BEFORE she stayed silent for the National Anthem, as she had pledged to do three years before. Finally, after she lifted the trophy on Sunday evening, she said something bound to hurt the White House occupant we learned only yesterday is “painfully insecure” – according to leaked UK Embassy correspondence. Rapinoe defended her Trump-baiting corner:

“I feel invincible. We can’t be better ambassadors. A little public shame never hurt anyone, right?”

The champion footballer is but the latest in a generation of athletes seemingly willing to channel their sporting excellence into a platform for their moral compass – “a walking protest” as Rapinoe describes herself. The 158-time capped star who has been kicking a ball since she was three years old playing professional soccer for a decade and now co-captains her national team, is a long-time advocate for LGBTQ causes, received the directors’ award from LA’s Gay and Lesbian Center seven years ago for raising the profile of gay sporting stars.

When, back in 2016, NFL quarterback Colin Kaepernick took the knee during the national anthem, wanting to draw attention to social inequality and racial oppression, Rapinoe swiftly did the same. When US Soccer decried such behaviour, she called them “cowardly” and said she probably wouldn’t ever sing the anthem again. The year before, she’d stood in silence whenever the US anthem was played at the World Cup. Her long-time fight for gender pay equality in the game culminated this March in filing a lawsuit, along with 27 of her teammates, against the US Soccer Federation.

When pitch-side fans started chanting in France at the weekend, it wasn’t any one player’s name, or even that of a country. Instead, all that could be heard in the Stade de Lyon was “Equal pay! Equal pay!” even as Fifa’s president Gianni Intantino was presenting Rapinoe with the Golden Boot. This message surely cannot go unheard on the other side of the Atlantic.

What has been striking in recent years is how such outspoken, anti-corporate, ethically-minded athleticism has failed to put off sponsors, if anything, the reverse. Just as Kaepernick continues to enjoy the patronage of Nike, who featured him in one of their most high-profile campaigns of 2018, so Rapinoe goes endorsed by Samsung, Vitamin Water and others. In 2016, she joined Cristiano Ronaldo in one of Nike’s most expensive ever commercials. Earlier this year, she was one of the big name draws alongside Serena Williams and Simone Biles to feature in another big-budget ad, this one debuting at the Oscars.

Of course, all of Rapinoe’s protests would be worthy but insignificant if she didn’t happen to be one of the best female footballers in the world. She says herself that her sporting prowess gives her a unique platform for all that she hopes to express – adding that even wearing the US kit is “kind of a good ‘F you’ to any sort of inequality or bad sentiments that the [Trump] administration might have towards people who don’t look exactly like him.”

It seems stage fright is not a problem on or off the pitch for this tour de force of a player. Her coach Jill Ellis told the BBC after Sunday’s stunning victory, watched by up to 100million worldwide, “Megan was built for these moments. The bigger the spotlight, the bigger she shines.”

How the President must have squirmed as Rapinoe sent the ball flying into the net on Sunday evening, an individual contribution he studiously ignored even as he tweeted after the final whistle, “Congratulations to the US Women’s Soccer Team on winning the World Cup! Great and exciting play. America is proud of you all!”

There he sat, in the full and painful knowledge that, for that team’s brightest shining star, his pride is unwanted and unreciprocated. With her talent, her hair, her voice, there’s nothing he can do. Trump may be the most powerful man in the world but, as Megan Rapinoe reminded us, she is invincible.