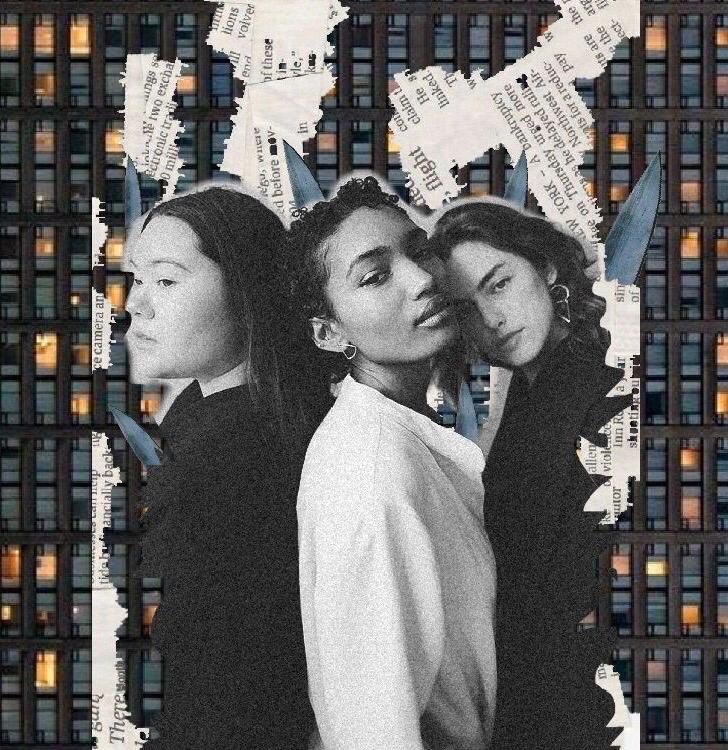 Marcia Shakespeare’s daughter was murdered in a drive-by shooting in 2003, now she’s doing something to stop the problem

Weeks before her 17-year-old daughter Letisha was murdered, Marcia Shakespeare picked up a City and Guilds shield award for her hair and beauty teaching qualification. Catching her daughter’s eye as she stood on stage to receive the shield at her college’s awards ceremony is a moment crystallised in her mind. “They called my name and I went up for the shield, and I thought “that’s for Letisha”. Letisha’s face was priceless.”

At home the pair took photos with the award, and Marcia enrolled in her next course, an assessors’ qualification that would allow her to teach other hair and beauty practitioners at her salon. It was December 2002. Just under a month later, on January 2, 2003, Letisha and her best friend Charlene would be murdered in a drive-by gang shooting as they took a break outside of a New Year’s party in Aston, Birmingham.

Letisha’s murder was part of an attempted revenge attack for a previous gang shooting which, Marcia later found out, had been orchestrated by a ‘set-up chick’ – a young woman or girl who’s used by a gang to arrange an incident or act of violence. Knowing vulnerable young women in the city were caught up in the throes of gang violence spurred in Marcia a need to do something. “I could walk away from it and think ‘let’s try and recover life and get on’, but my gut told me there are too many issues around young women and girls within the city, and nobody’s helping them,” she explains.

I could walk away from it and think ‘let’s try and recover life and get on’, but my gut told me there are too many issues around young women and girls within the city, and nobody’s helping them.

Postponing her studies was out of the question, despite the fact her newly enrolled course started on January 10, just over a week after the death of her daughter. In among grieving for Letisha and enduring a court case – an experience she describes as one that “will tear you down” – studying was something she felt she had to do. “It took me 12 months to complete that course and the inspiration behind it was Letisha’s face when she saw I received that award, and when she saw I got into college.”

She spent the next couple of years researching the under-the-radar issues of the exploitation of young women and girls, and their involvement in gang violence. She travelled to New York with West Midlands police to examine how the city deals with gang crime. She studied for a BA in psychology and sociology, a PGCE, and a Masters’ in secondary teaching and learning. She built rapport with then-home secretary Jacqui Smith, and with Smith’s backing set up the Precious Trust in 2012.

Education is as pivotal to the Precious Trust as it has been for Marcia in the 16 years since Letisha’s murder. The charity works closely with schools, hostels, and community groups across Birmingham to provide education programmes to a cross-section of young women and girls who are at risk of being drawn into gang crime, and campaigns for their voices to be heard at government level.

Young women and girls are given little airtime in the conversation on gang violence in the UK, and little inclusion in the schemes rolled out to deal with the issues, largely because the full extent of their involvement is still unknown. Figures analysed by the children’s commissioner’s office, though, suggest that one-third of children in England assessed by councils as being involved in gangs are girls. Estimates from the Office of National Statistics suggest that girls could make up as much as 50% of the 27,000 children in England in gangs.

Government-level efforts are focused on boys because girls’ involvement is harder to see, and because women are deemed “the weaker sex,” explains Marcia. “It’s a stereotype coming back in that women don’t get involved in gang crime, that they’re quite soft. What happens, though, is that young women are used, emotionally manipulated and abused, and they see it as the norm.”

It’s a stereotype coming back in that women don’t get involved in gang crime, that they’re quite soft. What happens, though, is that young women are used, emotionally manipulated and abused, and they see it as the norm.

Young women from rural areas are particularly vulnerable to the cycles of manipulation and abuse that are born from the county lines gangs, because they have “no idea about the world that they [the men involved in the gangs] are from,” says Marcia. Another part of the Precious Choices programme involves talking to young women about relationships and carrying knives: “When you ask the girls what they’d prefer – cheating or carrying a knife – they’d prefer if they [the boyfriends] carry a knife because they are protecting them, and so they feel safe. Protection means care, and care means love.”

BBC analysis of police figures show the rate of knife attacks in some regional towns and cities is higher than in many London boroughs. Though gang violence and knife crime are often lazily conflated, the report suggests the rise of county lines gangs in places like Blackpool has led to more young people carrying knives. Last year, 15% of knife crime suspects were women and a quarter of victims of knife crime were women, including those attacked in domestic abuse incidents.

The Precious Trust works with girls and young women who are rebuilding their lives, girls who have been excluded from school, girls who are at risk of exploitation, and girls who are on the county lines – couriering drugs between towns and cities – and need immediate support to help change their mindset. A lot of the people they work with are being criminally investigated, and many are in a “bubble of life and death”.

Relationships, power imbalance, fear and vulnerability are some of the reasons they get involved with gangs, and they’ve often experienced a perfect storm of social, economic and personal factors that renders them particularly vulnerable. “We meet a lot of girls who are homeless, but early on in their life they’ve come from families where there should’ve been support but there was no support,” said Jessica Pritchard, the Precious Trust’s programme manager and designer of Precious Choices educational programme, which helps 11 to 25-year-olds develop the skills and knowledge to challenge harmful behaviours and rebuild their lives.

Recent research by the Centre of Mental Health found that young women with links to gangs were four times more likely than other young women entering the criminal justice system to report poor relationships with their families and peers. They were also three times more likely to be identified as victims of sexual abuse, and three times as likely to witness violence and experience physical abuse and neglect in their homes.

Politicians are ignoring the problem, says Marcia, and a continuous lack of funding to the women’s sector means organisations like the Precious Trust must relentlessly fight for the money they need to make a sustained impact. “Politicians will have a debate, discuss the debate, say they’re doing things, but nothing is done. And because nothing is done, it’s that trust again of authority… they shouldn’t do things because it fits policy, they should change policy.”

Funding cuts have drastically impacted the women’s sector in the last decade, and the September spending review was touted as an “end to austerity” through which it might finally get a look-in. But the Chancellor was mute on violence against women and girls as he announced significant spending increases to departments including education, health and adult and children social care.

While the issue of young women and girls’ involvement in gang crime languishes in the footnotes of government policy, the Precious Trust looks to organisations like Rosa – a UK funder for women and girls – to generate the money it needs to run programmes that literally save lives.

Without this funding, the charity’s educational programmes and campaigns struggle to reach their full potential. “We can only do so much, and reach so many, without sustained funding,” says Marcia. “Part of the problem is that society sees the girls and young women we work with through the stereotypical lenses of ‘young mum’, ‘no-hoper’ and ‘uneducated.’”

“These are real people with real dreams, but with no direction of how to get to those dreams. It’s about giving them hope, because they have to have hope otherwise society really is messed up.”

If the people who need to be aware of the problem are slow to acknowledge it, or unwilling to support it, from where does she find her hope? The answer is, unsurprisingly, Letisha. From all negatives come positives, and for Marcia the positive is opening doors for vulnerable young women and girls, teaching them their rights, and giving them the knowledge they need to say no and make informed choices. Until culture shifts, funding increases, judgement wanes, policy changes, and stereotypes are dismantled, people like Marcia will be the ones ensuring vulnerable young women aren’t forgotten by society. “The Government has to know the problem hasn’t gone away, that we’re not going to shut up, and that we’re going to continue,” says Marcia. “This is the current issue, these are the young people affected, and these are the young women who are crying out for help