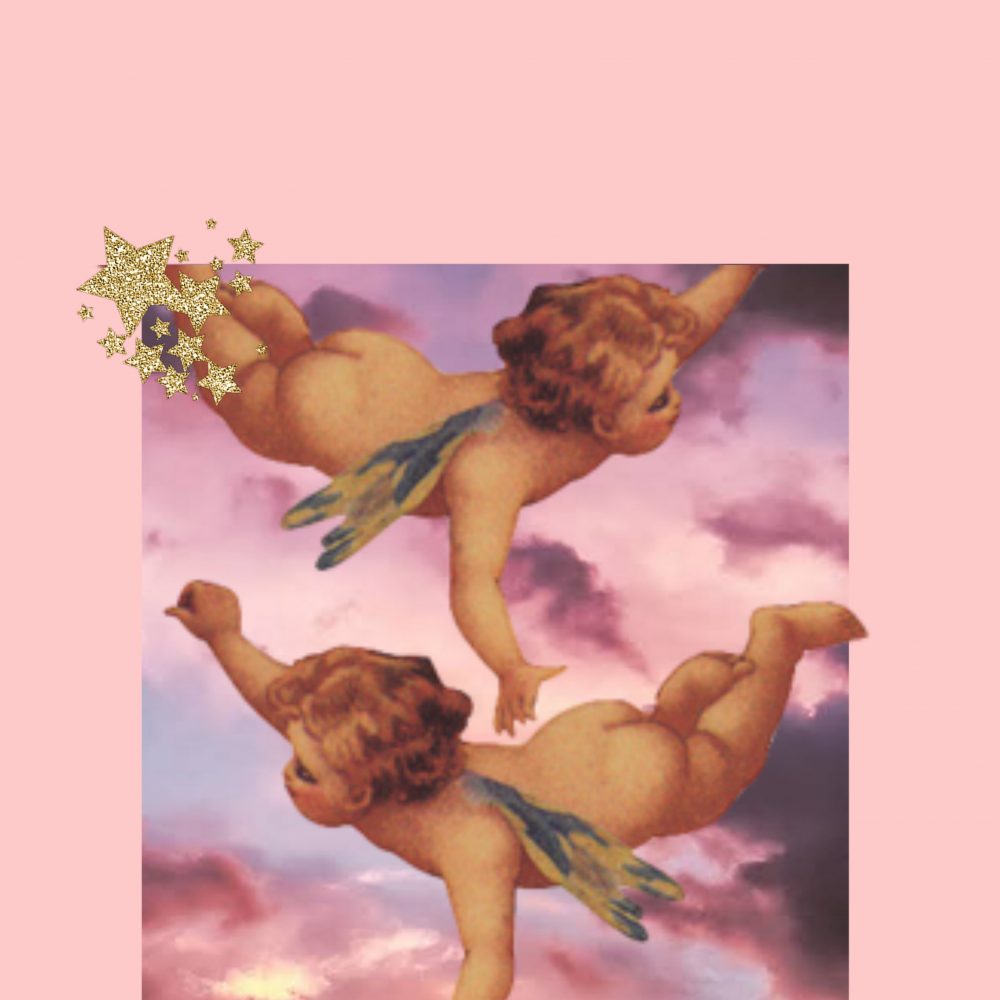 Kiss Me Thru The Phone

Thanks to COVID-19, dating is now strictly online. But what does that actually look like?

Just weeks ago, we were roasting the casts of Love is Blind and The Circle for pretending that their glitzy, digi-connected isolation bore any significant relationship to real life. Now, in the midst of social distancing measures aimed to limit the spread of the novel coronavirus, digital connection is as close to actual connection as many of us are going to get. It really takes a whole pandemic to make Love is Blind’s pods look enviable.

But thanks to dating apps, not even government-mandated social isolation can keep a fiend from fiending. A Dating.com survey found that U.S. users of its online dating platforms were swiping more in California, New York, and Washington in early March – all areas with high concentrations of coronavirus cases and government measures restricting socializing. Reuters reported that OkCupid had seen an uptick in usage among younger daters in big cities like New York, where a “New York State on PAUSE” policy now requires all nonessential workers to stay home. PAUSE stands for “Policy that Assures Uniform Safety for Everyone,” because desperate times call for desperate acronyms.

At least dating apps have acknowledged what the U.S. government has not: that COVID-19 is a very real crisis and that individual precautions must be taken to mitigate its devastation. While President Trump stumbled through press conferences in which he said the virus was “totally under control” and lashed out at an NBC News reporter, Bumble made its company-wide health and safety responses public, Hinge shared World Health Organization recommendations on social distancing and handwashing, and Tinder and Grindr issued health warnings to their users.

App users in quarantined areas like New York, California, and New Jersey are swiping out of boredom, but have little hope of meeting their matches for weeks, if not months. This has made some more selective. 23-year-old Anna lives in New York City, where eating in a restaurant – in other words, a dinner date – is banned. “I’m now insanely picky,” she said, “is it worth my energy to keep this going until we ultimately, maybe, meet up?” Gabrielle, who is in her early twenties and using Hinge, echoed that she’s swiping with a high bar. “I’m swiping because I’m bored, but choosing pretty discriminately. The only people I’m talking to are ones I’d actually want to meet at the end.”

“is it worth my energy to keep this going until we ultimately, maybe, meet up?”

For some users, it’s been valuable to observe how a potential partner responds to crisis, and especially among young people, to a crisis that demands self-sacrifice on behalf of those more vulnerable. Anna was impressed by one match’s attitude toward the pandemic: “He seems to be taking it really seriously…. It just means he’s not a selfish person and has a solid moral compass in place.” Gabrielle, who plans to attend medical school, said she’s uninterested in potential matches who act glib about the pandemic. “If someone isn’t taking coronavirus seriously,” she said, “they either aren’t motivated to learn about the situation, or worse, they don’t care.”

Others have been turned off from app dating entirely. Scott, a 26-year-old in New York City, said that “it seems a little pointless to FaceTime date with someone I’ve never met, with no hope of meeting them in the next two months.” Eric is in his early twenties and lives in New Jersey, where all nonessential workers have been ordered to stay at home. He’s sharply limited his usage of Tinder and Bumble, and said it feels “almost unethical to swipe” because it could be so long before he meets up with anyone. Still, “Zoom hookups are totally going to be a thing.”

App dating in a regular health landscape encompasses a full spectrum of approaches to sex and love, with sending nudes and one-night hookups at one end and lasting relationships at the other. One of those more serious relationships is my own, with a like-minded introvert I met on Bumble. But from my experience, the bulk of dating app interactions fall somewhere between those two poles. I’m talking about getting drinks a couple of times, then fizzling out. Texting for a week, an awkward date, and a mutual ghosting. An off-and-on hookup between people who are friendly enough but not about to get the invite to family Seder. For every dynamite one-night stand or Hinge marriage, there are countless in-between, good-faith attempts that don’t quite take.

If coronavirus has left the extremes of the relationship seriousness spectrum intact – maybe even intensified due to boredom and general chaotic malaise – it’s knocked out the whole center. Some singles will still turn to dating apps for a quick indulgence in something sexy and nonserious (cue the Zoom hookups), or pursue a deeper connection armed with the free time to really get to know a match, at least as well as they can online. But those in areas most affected by the virus now lack the mobility and patience necessary for partial attempts. The pandemic will have many devastating effects, but a temporary moratorium on iffy Tinder dates probably isn’t one of them.

Maybe you’ll take this time to figure out video sex. Maybe you’ll swipe right on the love of your life. I hope you do both – as long as you do it from home.

Some names and identifying details have been changed.

« Coronavirus: Britain in Lockdown
Coronavirus is Threatening Your Right to Abortion »