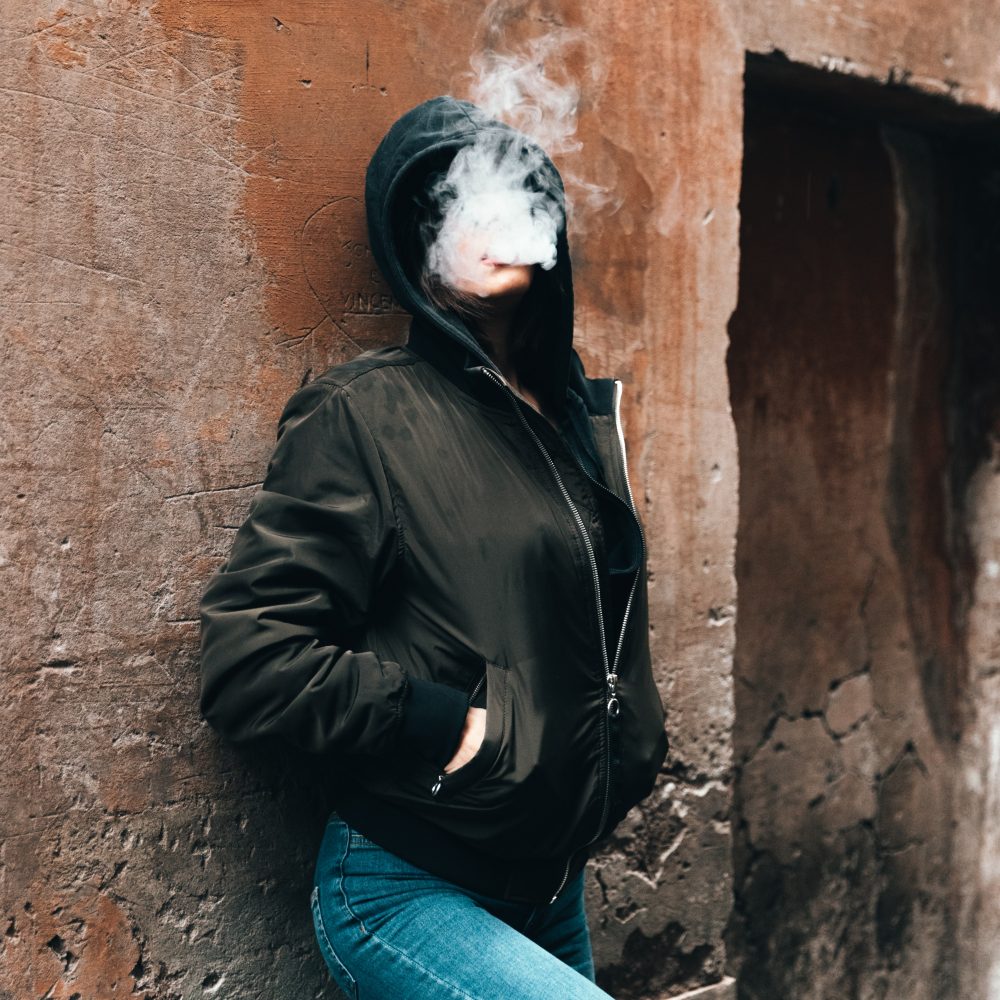 Is Vaping *That Bad* for Your Health?

Without question, it’s become an edgy trend to carry around a battery-powered device that resembles a USB stick, sizzling up a concoction of nicotine and chemicals for you to inhale.

The vaping phenomenon swept the globe last year: increasing from 7 million users in 2011 to 41 million in 2018. Unsurprisingly, the novelty of these smokeless nicotine kits is celebrated by conventional cigarette smokers who use them as a “safe” alternative to cigarettes, cigars and other tobacco products.

However, one of the focal flaws with vaping is that many associate it with smoking regular cigarettes, when they are in-fact singular practices each with wholly different effects. And, as vape culture grows amongst adults and youth alike, it’s alarming to comprehend just how many people don’t take these consequences seriously – a 2014 study of over 19,000 people found that 11% considered vaping to be completely harmless. Yet, with such an abundance of misinformation out there regarding them, should we be shocked by their lack of knowledge?

So, with that, let’s delve deeper into the 21st century craze to settle the “Is vaping that bad for your health?” debate once and for all.

“Vaping” is a term used to describe an e-cigarette or a battery-powered heating device that is used to inhale aerosol into the lungs with. The liquid inhaled is generally flavored and contains a variable percentage of nicotine, toxic chemical components and propylene glycol. Therefore, those who vape experience a taste sensation along with, regrettably, the same highly addictive stimulant hit found in regular cigarettes. So, although many users claim that vaping is equivalent to inhaling water vapor, that is not the case whatsoever.

How Vaping Affects Your Heart, Lungs and Oral Health

According to recent studies, vaping is extremely harmful to your heart, in more ways than one might think. A 2019 review on coronary heart disease declared that vapes contain particulates – matter in the form of miniscule separate particles –  oxidizing agents and nicotine that, when inhaled, are very likely to damage the heart and circulatory system. Also, a 2019 study published in the Journal of the American Heart Association found that e-cigarettes were connected to an increased risk of stroke, heart attack, angina and coronary heart disease.

Additionally, the American Lung Association reported that the toxic chemicals produced within the vaping fluid – including acrolein (a substance predominantly used to kill weeds) and formaldehyde – can cause critical lung injuries and Chronic Obstructive Pulmonary Disease (COPD): an umbrella term used for progressive lung diseases including emphysema and chronic bronchitis. Likewise, vaping can contribute towards cardiovascular disease over time. More so, Healthline indicated that there is a much higher rate of cough, dry throat and worsening asthma symptoms in people who vape against those who don’t.

Surprisingly, vaping has a significant impact on your oral health. For example, a 2018 study published in the PLOS One Scientific Journal stated that exposure to the liquid within e-cigarettes can make healthy enamel surfaces more disposed to developing bacteria. Alongside this, those who vape are left with an increased risk of oral cavities due to changes in tissue surfaces. Interestingly, a 2018 study printed in the National Academies of Sciences, Engineering, and Medicine (National Academies) suggested that both nicotine and nicotine–free e-cigarettes can unfavorably affect cell damage of oral tissue in non-smokers.

Are There Any Other Side Effects?

The same 2018 study by National Academies (as above) found considerable evidence that vaping activates cell dysfunction; promotes the formation of reactive oxygen species and oxidative stress; and can cause damage to DNA and mutagenesis. Plus, there’s a laundry list of other side effects including headaches, dizziness, nausea, chest pain and fatigue too, Vaping360 details.

What If the Vape Is Nicotine-Free?

Undoubtedly, nicotine-free vapes are safer than those with nicotine in them because the most harmful substance has been removed. Nevertheless, due to other toxic chemicals within the device, such as base liquids and flavouring agents, they still expose risks to one’s health.

The BMC Public Health Journal implied that inhaling nicotine-free substances can aggravate the respiratory system. Besides this, Frontiers in Psychology (Academic Journal) specified that the flavouring agents used in e-cigarettes can trigger inflammation in monocytes – a type of white blood cell – “providing insights into potential pulmonic toxicity and tissue damage in vape users”. Lastly, a 2019 study in Radiology expressed that a single use of a nicotine-free e-cigarette can impact endothelial function in healthy non-smokers, thus, consequently harming their heart and blood vessels.

Without question, smoking is far more toxic than vaping: causing approximately 1 in 5 deaths in the United States and 78,000 in the United Kingdom annually, making it one of the leading causes of death and illness internationally. The long-term effects of smoking cigarettes are well-documented too; causing an increased risk of illnesses and diseases including stroke, heart disease and lung cancer.

But, even though smoking is infamously known as more toxic than e-cigarettes, this doesn’t put vaping at the other end of the spectrum entirely: it’s still not a safe practice and, irrespective of opinion, it unfortunately poses a significant threat to society. In September, a report from the Centers for Disease Control and Prevention (CDC) found 450 cases of severe vaping-related illnesses in 33 states of America; shockingly, most of the patients were under 30 and healthy. According to The Atlantic, at that time, 3 had died and the CDC were investigating a fourth.

Contrary to popular belief, if you’re a smoker, vaping could in-fact support your smoking habit long-term, not break it.

For instance, a study that collected data from the United States, United Kingdom, Canada, and Australia over a year-long period reported that 85% of vape users maintained that, whilst vaping had helped them to quit smoking, only 11% were currently abstinent, even though all had begun vaping to quit both practices entirely. Essentially, this means that vape users are no likelier to quit their practice than conventional smokers, making vaping somewhat paradoxical.

What’s more, in 2019, the National Center for Health Research reported that a 2014 study determined that, “Although smokers may believe they are vaping e-cigarettes to help them quit, 6-12 months after being first interviewed, nearly all of them are still smoking regular cigarettes”.

It appears that if you are dependent upon nicotine, you are much better off using safe termination tools that will aid you in getting away from the tobacco products and cut you loose from the nasty cravings; benefiting your health and well-being long-term. That is, instead of switching to vapes, which clearly do more harm than good.

With copious findings of the short-term symptoms, long-term effects, illnesses and deaths involved with vaping, it’s evident that them being declared as “safe” just because they are less toxic than cigarettes by comparison, has gone on for far too long. We wouldn’t rival apples and pears, so why are people doing so with cigarettes and vapes?

Ultimately, vaping is addictive and dangerous – it truly is that bad for your health and it’s time to permanently lay any myths that it isn’t, to rest.

« How to Travel as a Vegan
Nüshu: A Lost Language and Its Links to #MeToo »