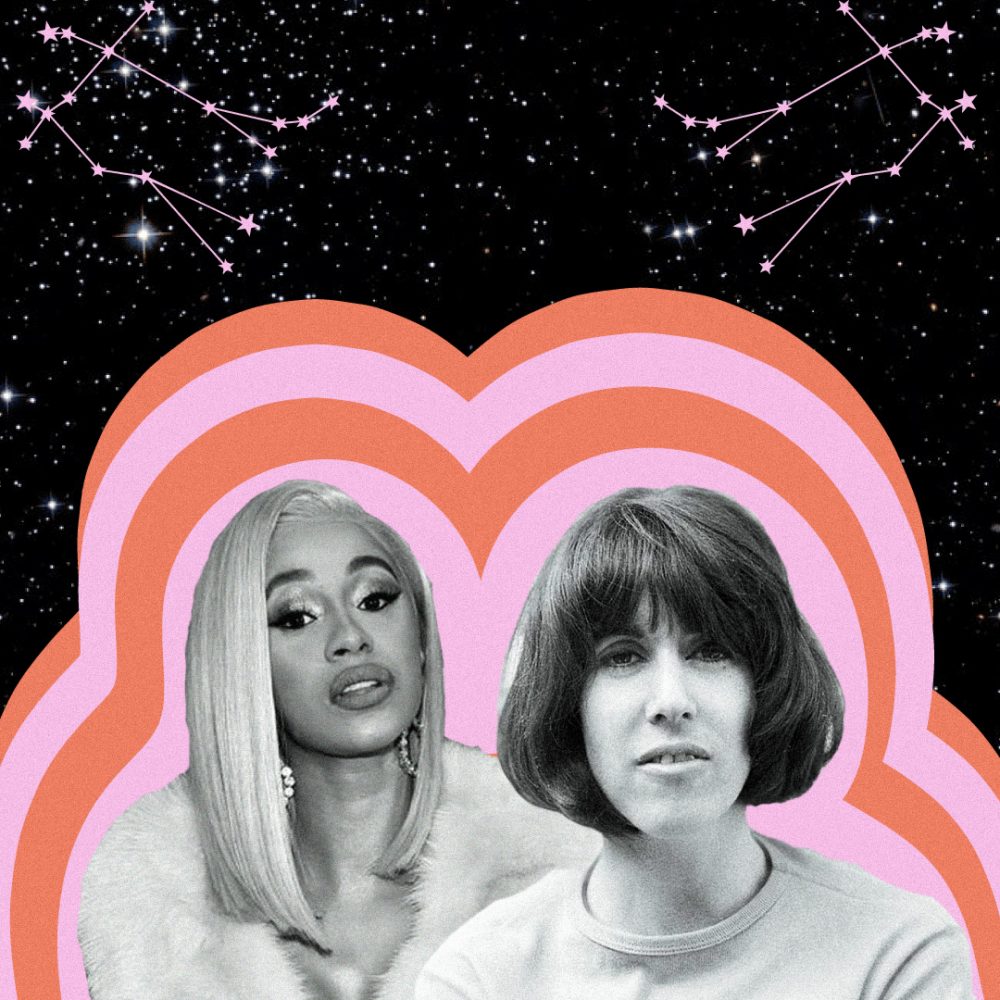 What Cardi B and Nora Ephron have in common: pregnancy, infidelity, and turning it all into art

‘Where are the feathers?’ was my first thought when Cardi B took the Saturday Night Live stage to perform her bossa nova-infused single Be Careful. Save for one backup singer, she was alone on stage, standing still in a tight camera shot. Relieved of her typically more-is-more aesthetic, Cardi told the audience about something she wanted: a faithful partner.

At the time of the April 2018 performance, cheating rumors had been swirling about Cardi B’s fiancé Offset for about three months. “It’s not right, what he fucking did,” she said in an interview for Cosmopolitan the month prior. On Instagram, she squashed a second rumor about her changing body shape, commenting “No bitch I’m just getting fat. Let me fat in peace.”

Turns out the SNL set was spare because Cardi herself was the visual statement. On the lyric “You might have a fortune but you lose me you still gon’ be misfortunate,” the shot widened to reveal her unmistakably pregnant belly. Her voice picked up, growing heated and forceful over the audience’s screams. She was angry, hurt, powerful, and commanding – everything visible women, especially pregnant women, aren’t supposed to be. I wanted to watch her forever.

She was angry, hurt, powerful, and commanding – everything visible women, especially pregnant women, aren’t supposed to be. I wanted to watch her forever.

I also felt like I’d seen her before. She reminded me of Nora Ephron, although Ephron was less about “flexing on bitches as hard as I can/Eating halal, driving a Lam” and more about Jane Austen and dinner parties on the Upper West Side. Ephron experienced her own high-profile collision between infidelity and pregnancy, which was the basis for her best-selling novel Heartburn. Like Cardi’s SNL performance, Heartburn allowed its real-life heroine to steer her own narrative amidst a media frenzy desperate to mine her personal life for salacious headlines.

In a society in which the media and public act all but entitled to information about famous women’s pregnancies and personal lives, Ephron and Cardi knew that complete privacy wasn’t an option. So they took the next best thing: attention on their own terms. Each woman used her talent to create art that harnessed and directed the public interest – and exercised control over the narrative that would inevitably be created about them if they chose not to weigh in.

Nora Ephron was already a well-known journalist and essayist when she married Carl Bernstein, the Washington Post journalist famous for breaking the Watergate scandal. While pregnant with the couple’s second child, Ephron discovered that Bernstein was cheating on her with Margaret Jay, the daughter of former British Prime Minister James Callaghan. She gave birth to her son in 1979, ended the marriage in 1980, and published Heartburn in 1983.

Like many famous divorces, Ephron and Bernstein’s was a subject of media fixation. The 1983 review of Heartburn in The New York Times acknowledged that “there can’t be many among us who aren’t at least half-consciously aware of [Ephron’s] calamitous romance with the journalist Carl Bernstein.” A 1977 (mid-marriage) picture that speaks a couple thousand words captured Ephron practically rolling her eyes while another woman sat in Bernstein’s lap. Meryl Streep recalled Ephron as saying “there is no privacy.”

Cardi, too, faced intrusive public and media attention related to her pregnancy and relationship. In a SiriusXM interview three days after her SNL performance, she said “When it comes to my pregnancy, I had people harassing me, stalking me. If it’s not something about me, it’s something about my man.” The harassment didn’t stop her from recording her debut album while pregnant, but it did inspire the album’s title – Invasion of Privacy.

In her book Pregnant With the Stars, Renee Cramer argues that the public’s seemingly innocuous obsession with celebrity pregnancy belies a darker tendency towards the “surveillance, commodification, and control” of women’s bodies. It’s become commonplace for media to ‘out’ celebrities when they are pregnant, despite the fact that developments in another person’s uterus are really, truly, no one else’s business, no matter how many clicks they attract. And boy do they attract clicks: Beyoncé’s Instagram post announcing her pregnancy with twins broke the record for most-liked picture in the platform’s history.

Beyoncé, Cramer notes, has reclaimed some narrative control. Her album Lemonade shaped the public understanding of Jay-Z’s infidelity while also taking on themes spanning black identity, womanhood, and faith. Beyoncé’s art is so much richer and more compelling than anyone else’s commentary on her personal life, certainly because of her talent, but also because it expresses a perspective solely available to her. Who could be better positioned to describe an experience of pregnancy, infidelity, or both than the woman at its center?

The media and public may continue to regard women’s bodies and personal experiences as assets for consumption, but Cardi, Ephron, and Beyoncé made art with the exact opposite attitude: this is all mine.