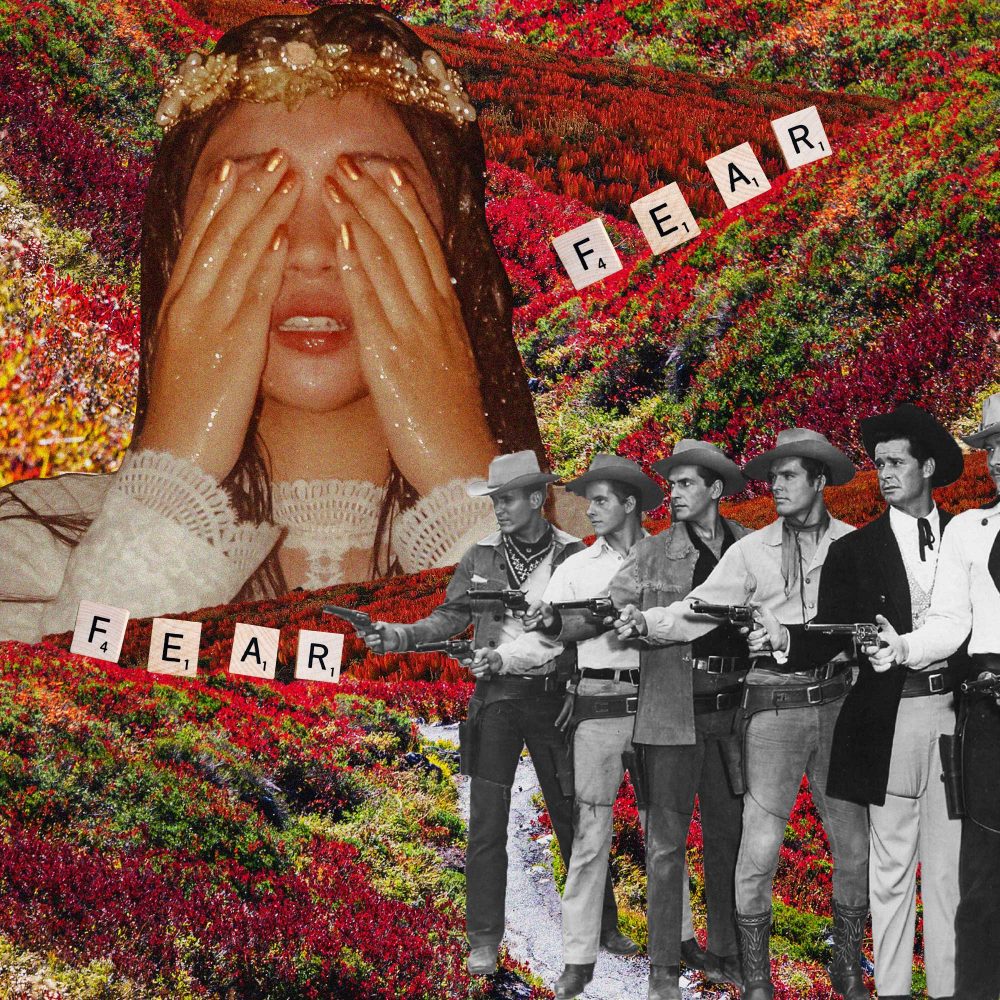 A Fear of Men

Ria Bhagwat examines the pervasive cultural conditioning that lead to her fear, and what changed it

In January of my freshman year of high school, a few months short of turning fifteen, I heard about the Stanford University rape case. I scrolled from article to article explaining the crime; a young woman had been assaulted while unconscious by a man she couldn’t remember.

Even at fourteen, I wasn’t shocked. I remember being disgusted, confused, and terrified – but I wasn’t surprised that a man had taken advantage of his power and privilege and had sexually assaulted someone. For most of my life, I’ve feared the prospect of being close with a man that wasn’t my father. Growing up, I was only friends with girls who shared the same interests that I had – we’d give each other makeovers, play House, and convince our parents to let us wear mini-skirts to school because everyone was doing it.

Quickly after turning fifteen, though, my life turned upside down. I was suddenly petrified of men. It wasn’t one event that sparked my fear, but a slow and powerful force that continued to grow inside of me. I’d change lanes at grocery stores if it meant having a female cashier, pay visits to exclusively female doctors and therapists, and avoid speaking to my male teachers. I would continue reading stories about powerful men taking advantage of women and making them feel weak and vulnerable.

Growing up in an Indian immigrant family, I was convinced that relationships with men couldn’t be solely platonic. My only model of a girl-boy relationship was my parents’, whose marriage had been arranged and executed within a week.

I had always been sure that men couldn’t be friends with women without wanting something else, but after turning fifteen, I was certain men couldn’t be friends with women without assaulting them. And so, I kept my distance; I listened intently to the details of my friends’ relationships with men, both romantic and platonic, advised them with boy-related problems, and still knew, in the back of my mind, that this was never for me.

By my sixteenth birthday, my fear had become a complex. I was surrounded by what I perceived to be ‘pretty’ – thin, blonde, fair-skinned girls that could talk to men with confidence and ease. I was certain I wasn’t pretty – chubby, brunette, brown-skinned – which blurred my understanding of my fear. I was convinced that only thin, blonde, fair-skinned girls had to worry about assault or the side-stares from men walking down the street.

I was terrified of men, but I wasn’t pretty enough to be afraid.

My understanding of co-ed relationships had become so misconstrued and twisted that I coupled feelings of self-consciousness alongside my fear of men. The rational part of me knew the reality: the roots and causes of assault are never related to the victim, and as women, it is completely valid to feel afraid. However, the part of me that crossed the street to avoid touching shoulders with the man passing by and sat in silence in male-led classrooms had no idea how to overcome such a deeply internalized and complex fear.

On October 5th, 2017, actress Ashley Judd was the first of many to accuse Harvey Weinstein of sexual assault. We live in such a well-manipulated society, one that I could only fully recognize after reading story after story from sexual assault victims, that women are trained to feel a certain way. The manifestation of these feelings is often different – some find themselves terrified of powerful men, while others seek approval from that same power. Some are terrified and seek validation from external sources to confront their fears, while others go out of their way to avoid sitting next to a man on the subway. Regardless of how privilege and power manifest in the bodies of victims, women are repeatedly manipulated to trust the judgement and wrath and strength of men over their own.

If we say no, violence comes next. If we say yes, there’s no going back. And if we avoid men altogether, we’re probably not worthy of their ‘efforts’ anyway.

Since moving to a new city and starting college, my fear has watered down to a stomach-flu type feeling. My gut still feels like something’s wrong if I’m around a man for too long, if silence persists between conversation, or if it’s dark and quiet and the only familiar face I know is the boy standing next to me. Pursuing even the friendship of a man has become much easier, and I’m reminded of my growth every time I hug my male friends, all of whom are kind, compassionate, and gentle.

What strikes me as the central part of this growth, though, is the power in knowing I’m not wrong for feeling this way, and the comfort in knowing that I’m certainly not alone. For so long, I thought the root of the problem was me and how I interpreted breaking news stories and letters read in court, but I’ve learned that there is no guilt or shame that deserves to exist for the ways we internalize traumatic and horrifying events. I am working, every day, to combat my fears and allow myself to be more open in male-relationships I deem safe. On my terms, I am opening myself up to the idea of vulnerability and comfort in relationships I’ve never known before – what I do know now, what all women deserve to know, is that we are never wrong for feeling too much or too little. And above all else, no fear or lack of vulnerability can affect the power of our relationships with each other. Women have other women, and that is a beautiful thing.

In the midst of the #TimesUp movement, Oprah Winfrey delivered a speech at the 2018 Golden Globes that changed my perception of life forever. She said: “In my career, what I’ve always tried my best to do, whether on television or through film, is to say something about how men and women really behave: to say how we experience shame, how we love and how we rage, how we fail, how we retreat, persevere, and how we overcome. And I’ve interviewed and portrayed people who’ve withstood some of the ugliest things life can throw at you, but the one quality all of them seem to share is an ability to maintain hope for a brighter morning — even during our darkest nights.”

There is no way to fully empathize or understand the stories of those who’ve survived the actions of brutally powerful men, to act as if anything can compare to withstanding the trauma caused by another human being. But what I’m reminded of as time moves forward, is that no ‘powerful’ man can overpower the strength of a woman’s truth.

One day, our truth and our words will turn our fears into conquered battles and effective change; or as Oprah says, “the time when no one ever has to say, ‘Me too’ again.”

« Set in Stone: Why We Need More Female Statues
The Problem With “Ethical” Beauty »