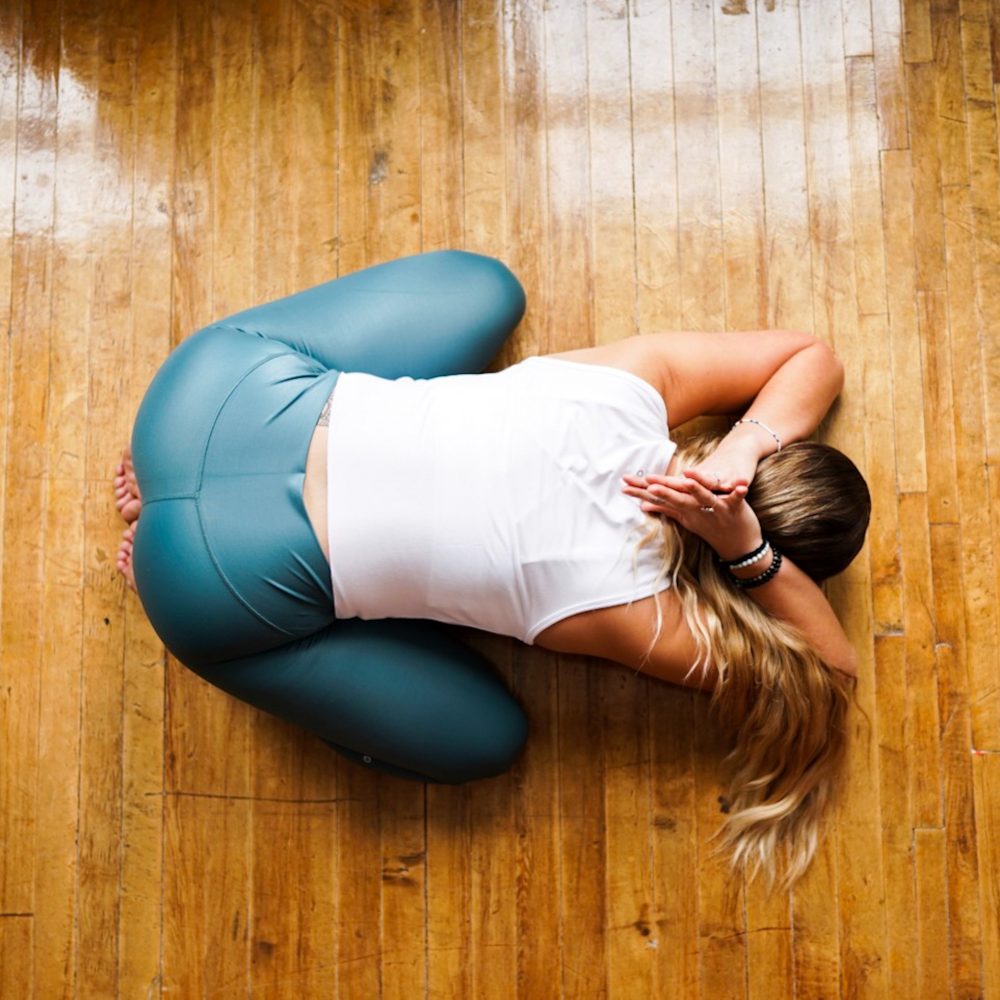 How to Stop People Pleasing Ruining your Workouts

When you’re more concerned about your coach’s emotions than your own abdominals, something’s wrong

You know your people-pleasing has gotten out of control when you pay £18 for a Pilates class and put more energy into trying to make the teacher feel at ease than you do on your double leg stretch.

I’ve been finding recently that my Highly Sensitive Person status – I literally soak up other people’s emotions like an enormous human sponge – has been somewhat hampering my enjoyment of exercise. I love a good class. And I do lots of them in lots of different studios. But lately I’ve had to be much more selective about the teachers and the environments I choose.

For example, I have this one Pilates teacher. She comes across a little sarcastic and like she’d rather be somewhere else which, to be frank, are not brilliant teaching qualities. But rather than just accept this, make the most of the class and then leave at the end and not think about her again until next week, I make it my personal mission to improve the dynamic.

She’s constantly asking the group if we’re OK in an accusatory tone. No one else seems to speak, so I take it upon myself to interact with her as much as possible so as not to disappoint her. But I’m also aware I don’t want to sound desperate or annoying in front of the rest of the class. It’s like I’m repeatedly shouting, ‘We’re not boring! Look what a fun, friendly class we are!’

I want her to rave to her friends about what a great class she has. I want her to ask me out for coffee because I’m so nice. But I don’t even like her!

It’s draining. Doesn’t that sound draining? She doesn’t even know my name, for goodness’ sake.

Then there was the stand-in teacher who kept making jokes and quoting songs. When no one else laughed, I would emit a weird constipated chuckle just to reassure her that her humour was appreciated by the group.

Or the boxing instructor who was a very, very small man in stature; smaller than all the girls in his entirely female class. I felt so awkward for this tiny boxer that I tripled my enthusiasm levels for the full 45 minutes, even though I didn’t love his teaching style.

I’d even go as far as to say sometimes I wish I had a sprained wrist or a dodgy knee to announce at the beginning of class just, so I could break the awkward silence after; ‘How is everyone? Any injuries?’

It’s like I take responsibility for the whole teacher-class relationship. As though I can change the whole dynamic with an awkward chuckle or a hello. Perhaps if I am painfully aware of how quiet the class is being, it somehow makes it less awkward for everyone.

But it’s not always the teacher who puts my empath on red alert. I was in a yoga class the other day when anatomical movement came up. The woman next to me, who had been blustering around on her mat in indignation all class, asked some highly scientific question; something like ‘Isn’t the femur already sufficiently inwardly rotated?’ No one has ever questioned the inward rotation of the femur with such sass.

The teacher handled the question with grace, but the energy it bought to the class was not pleasant. So now I was in this woman’s head, feeling her arrogant superiority complex and displeasure at a class she clearly wasn’t enjoying. I was inside the teacher’s head, imagining she probably felt a bit pissed off by such a public challenge. But I was also in my own head, feeling my own reaction of annoyance and awkwardness. How was I meant to focus on my breathing with all of that going on?

The crazy thing is, I am paying money to be in these classes. It’s not like I’m out with my friends and keen to be the best company I can be. I’m paying money in exchange for services. That’s the relationship. I know all that, but it doesn’t stop me feeling drained by the classes I am attending.

That is, until the other day, when I had a bit of a revelation. I went to a restorative yoga class for the first time. Restorative yoga involves holding positions for long periods of time, really relaxing into them. It’s all about slowing down, opening the body and crucially, letting go. Letting go of negative energy, of busy thinking, of any barriers or tension.

We repeated a series of six positions, holding each one for six minutes.  And because we knew what was coming, it was easy to relax. The teacher just told us over and over and over again to ‘just let it go’. Do you know how relaxing it is to have someone telling you to let it go for an entire hour? Especially as an empath. It’s amazing. It felt like therapy.

Plus, it was meditative, so we were expected to be quiet and reflective, not asking questions or chatting or even making eye contact. Which took the pressure off completely. It felt healing and relaxing and nourishing.

The experience made me realise that ultimately, I am not in control of the dynamic of a class. And no has asked me to be. Yes, I can be polite and friendly. I can smile and say thank you at the end of the class and answer when a teacher asks if we’re all OK. Because that’s who I am. But I can’t hold the whole thing in my hands and singlehandedly control the vibe and the mood and the outcome of a class.

Restorative yoga forced me to put myself into a state of surrender as a pupil, rather than trying to control and monitor the emotions of everyone around me. And without the weight of the whole class on my shoulders, I was actually able to be present in my own head. I think I might have actually let go.

« Paris is the Best City to have a Meltdown
The Women of Tequila: Preserving Culinary Traditions »