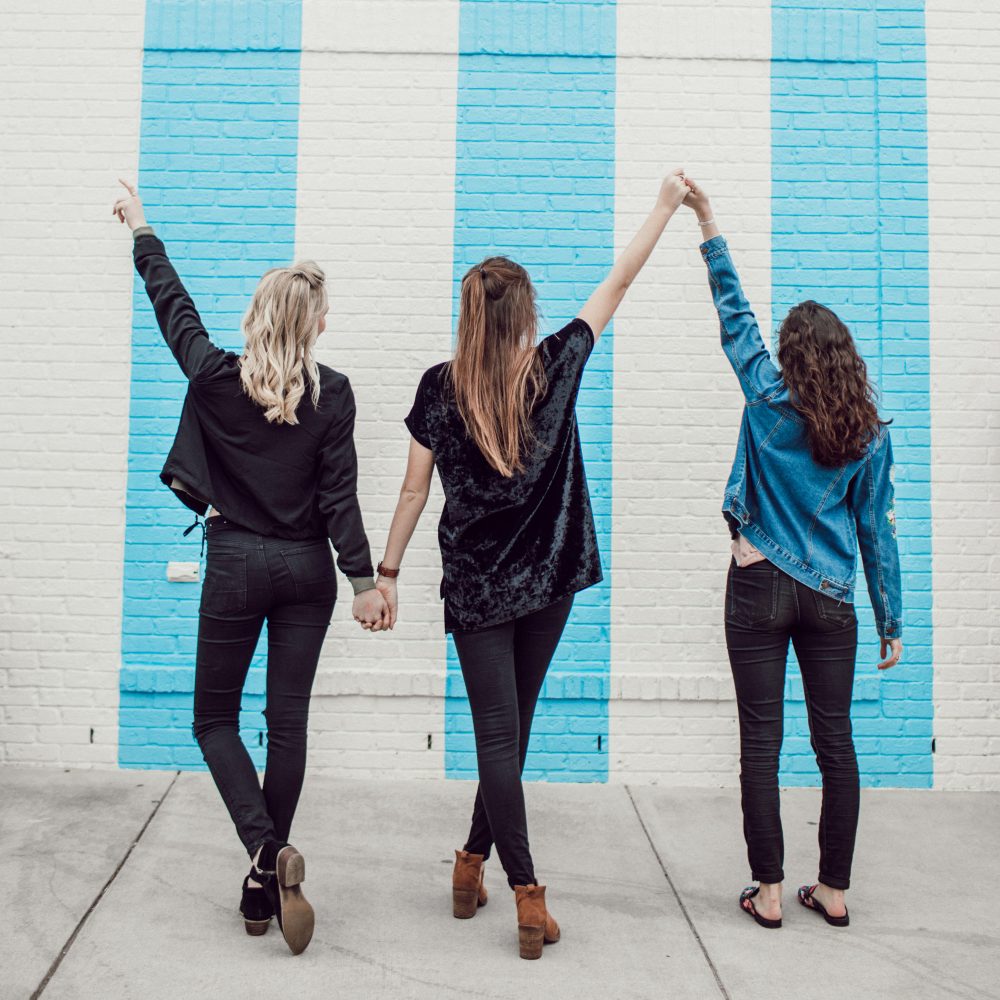 How to be an Ally to Autistic Women

Women with autism often face slower, less accurate diagnosis. How can the neurotypical among us provide support?

If you’re a female on the autistic spectrum, you’ll be more aware than most of the difficulties women face being diagnosed, and why. From original diagnostic criteria written with only males in mind making women harder to spot, to an increased willingness to mask symptoms in order to fit in, autistic women can often face an uphill battle. Allies are key. But, bearing in mind that autism is a spectrum and that what works for one person may not work for another, how can neurotypical people be allies to autistic people?

Be aware of masking and the cost

Masking as a hallmark can be tricky to explain, but essentially, it’s like assuming a mask in order to be seen as socially acceptable in a neurotypical world. For want of a better phrase, it is to appear ‘normal’ – but this can come at a huge cost.

Plenty of anecdotal evidence points to masking sometimes having a negative impact. For want of an example, Camouflage, a graphic novel published in March, shows how one woman seemed to emotionally explode when she arrived home after her day was done. Masking can lead to meltdowns.

So how can you help? Be aware of masking and its potential cost and if you have autistic women in your life, try to limit their exposure to environments with a lot of stimuli, for instance busy restaurants, where you can. In a professional environment, make meeting rooms quiet spaces.

Let’s get philosophical for a moment – just what is normal anyway? One would hope, in 2019, our differences could be embraced. But in truth, we still rely a lot on conformity – remember those high school cliques?

Violet Fenn is a writer for The Metro and was only formally diagnosed as being on the autistic spectrum two years ago. Asked whether she conformed to expectations of females whilst in education, she says: “That depends on what you consider to be ‘typical’. I liked make-up and movie stars, but my heroes were from Hammer horror movies, rather than glossy blockbusters. I probably did appear very much the odd one out, but probably only in the way that any teenage goth would have in the 80s.”

Rebekah Gillian, meanwhile, is a 20-year-old freelance writer who also blogs about being on the autistic spectrum. Asked whether she ‘fit in’ whilst at school, she says: “No. Like many other people, I was bullied throughout primary and secondary school, and it wasn’t unusual for me to be seen sitting alone in the playground watching everyone else play. Even when I did find a tribe of people in secondary school, they were other outcasts and I was never really considered to be part of the ‘in’ crowd.”

As such, educating children about this in schools and fostering environments of inclusivity can really help those on the autistic spectrum, as can avoiding harmful stereotypes.

One of the hallmarks typically prescribed to autistic people is a lack of (or poor) eye contact and, culturally, we place a lot on one simple non-verbal communication cue. If we aren’t making eye contact, we must not be listening, right? Wrong.

Please, for goodness’ sake, stop trying to force eye contact! For some, it can feel painful. There are plenty of Instagram illustrations (just search #ActuallyAustistic) showing how enforcing eye contact can prevent any listening at all. In fact, concentrating intently can mean whatever you’re trying to say just goes out the window.

Outbreaks of measles mean we have reopened the conversation around the (debunked) myth that vaccines cause autism. But while raising awareness around the issue is to be applauded, the conversation can be difficult for autistic women to hear. To be an ally, leave behind the harmful stereotypes and stop talking of autism as a terrifying outcome. Saying “you’re vaccine damaged” is beyond offensive, the topic of ‘curing’ is controversial and Rainman, although a brilliant film, is not representative of every autistic person.

Employment: we are not aliens!

While statstics vary when it comes to employment and autistic people, as a rule of thumb, they point to poor levels of employment – often due to prejudice, discrimination and other factors.

“Employers need to know that autistic people can bring assets to a company just as much as neurotypical people can,” says Gillian, while Fenn adds that autism “doesn’t make us aliens! Nor are we potentially a risk, or unpredictable, or anything like that. We’re just people – explain things to us clearly, listen to what we say and it’ll be grand.”

There has been some recent focus on how autistic people interact with the world of medicine – especially when it comes to diagnosis. And misogyny may play a part here as women are generally underdiagnosed in comparison with men. A 2015 study by the National Autistic Society in the UK suggested the boy-to-girl ratio may be as high as three-to-one.

In fact, Hans Asperger who first defined autistic psychopathy back in 1944 only defined the condition in relation to men and boys. He thought women weren’t affected. This has also contributed to a lag in both knowledge and accurate diagnoses when it comes to women and autism.

But there are other factors at play. Gillian says she would love doctors to have “more understanding about the communication difficulties experienced by verbal autistic people,” while Fenn adds: “Listen and do not dismiss on the basis of us sometimes being ‘uncommunicative’. Seriously, this shouldn’t even need saying anymore, but it clearly does. Just because we can’t always get our feelings across doesn’t mean we don’t have any.”

Basically, be inclusive, be clear and listen. The word autism is sometimes perceived as scary, but it really shouldn’t be. We are human, too, after all.

« The Women of Tequila: Preserving Culinary Traditions
The Perfect Formula for Holiday Reading »