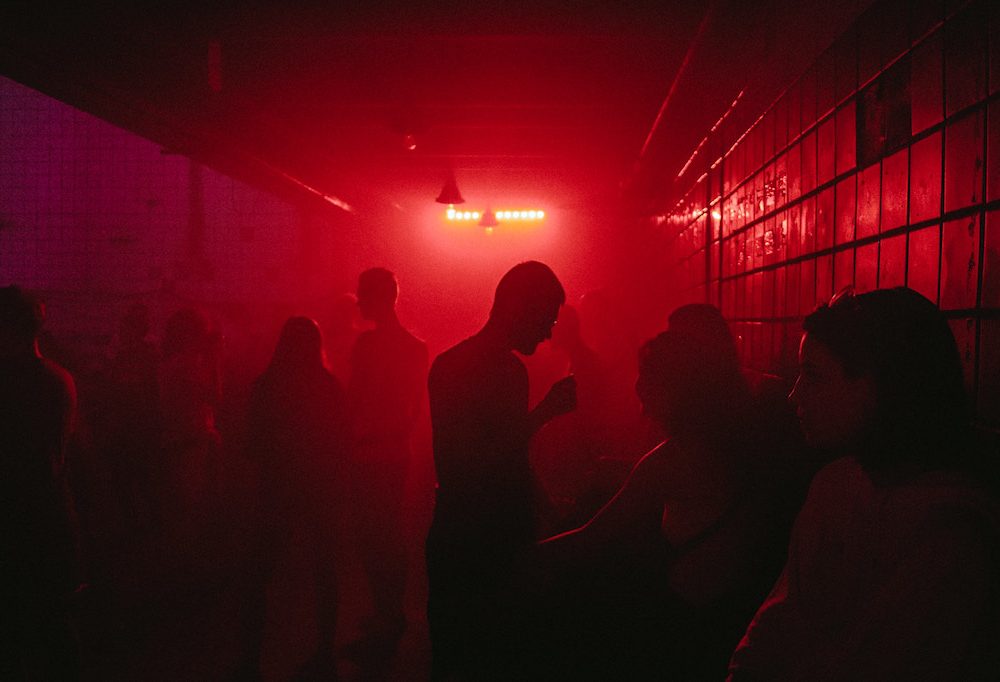 How a Sex Club Made Me Reconsider Sexuality

A visit to a swingers club taught one Restless writer some unexpected lessons.

I am that friend who squirms when you regale your sexual conquests. I’m also that friend who will agree to anything and regret it, which is how I found myself at the door of a sex club. My friend Mikey had needed a date for the Northern England venue, but truth be told, the thought of what waited inside horrified me despite my self-imposed two-year celibacy. I imagined deviants and perverts stalking the floors in leather chaps and gimp masks, couples ravaged by middle age swinging in a desperate bid to keep their partners.

We were greeted by a chirpy lady in her late thirties who wouldn’t look out of place in an office. She guided us around the club’s various “play” rooms, explaining the importance of consent along the way.

On the dancefloor, the lady who’d showed us around was being eaten out by the birthday boy, whilst his partner swung around a pole. Stephen*, here with his wife, told us about a single lady, new to the club, who’d declared, “I’m gonna have you tonight.” He’d explained how, despite this being a swingers’ club, he wasn’t open to shagging whoever offered themselves up on a plate. Watching the man with a face full of muff, it became clear that those indulging in a spot of swinging were old hands, having cultivated trusting relationships over time. The attractive young couple, meanwhile, new to the club and not much older than us, didn’t play with anyone.

To enter the play rooms, guests were forbidden from being fully clothed in order to even the playing field; I obliged, starkers except for a pair of white lace knickers and heels, insecurities cast aside as I took in the array of figures around me. I enjoyed the appreciative glances, reassured by the knowledge I could explore being undressed in a safe environment.

The debauchery going on around us didn’t have much of an effect on my actual vagina. I wasn’t turned on by the moans, nor the blindfolded stranger pinned upside down to a wall, flaccid willy waiting in anticipation of a spanking. There would be no swinging from the chandeliers for me, though I did experience something much more important.

Through meeting down-to-earth people like Dave* and his wife—celebrating one year free of Dave’s brain tumour—I began to consider sex as something other than dirty. Dave hadn’t coerced his partner into swinging; he hadn’t stopped being attracted to the gently sagging body which had carried his babies, but wanted to share the appreciation with others.

I also met Rose* and Bruce*, who I quizzed on the topic of jealousy. They explained how important communication had been, and continued to be; how many people didn’t even visit the club to swing, but just to enjoy the atmosphere and arrive home eager for a good old bonk.

I was pretty sure swinging would never be for me, but I could appreciate the beauty of other people showing themselves in what was ultimately a celebration of life.

Since visiting the club, I’ve been feeling more comfortable in my sexuality. I have a beautiful, sensual body, and there’s nothing wrong with sharing it with someone else. As for my celibacy… Well, that’s a thing of the past.

« Why Do Women Feel So Much Guilt?
The Activists Saudi Arabia Don’t Want You To Talk About »