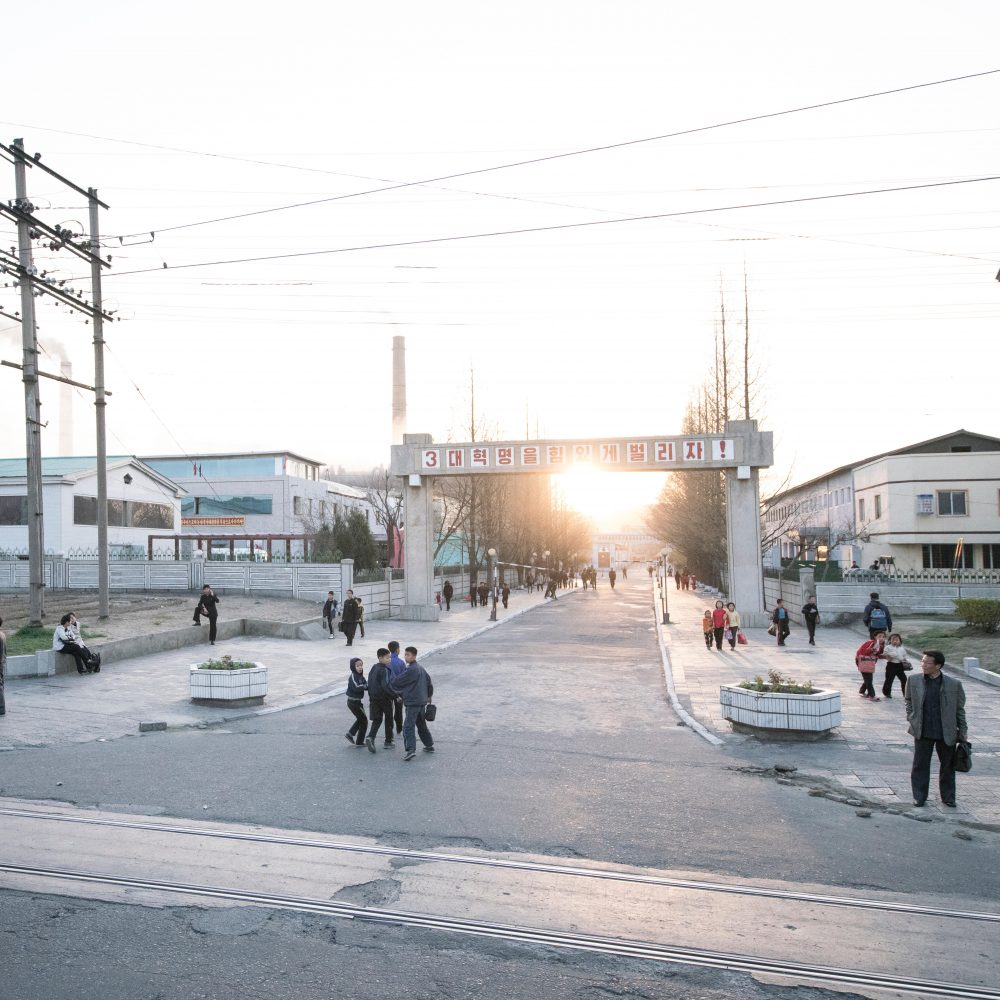 War history is big tourist business – but how does it feel to sightsee in areas which remain under military guard?

Just 60km from Seoul, the inter-Korean demilitarised zone (DMZ) is so close that, on a clear day, I can see the mountain ranges of North Korea from my hotel room window. After less than an hour’s drive, my first clue that I’m in for a slightly surreal experience is the fairground lurking at the back of the car park on our first stop at the Freedom Bridge, otherwise known as the Bridge of No Return, used for exchanging prisoners of war. The DMZ is part-tourist attraction, part-history lesson, and it elicits a peculiar feeling. The opportunity to speak to a defector from North Korea adds a more human element to the day, and acts as a reminder of just how current the political situation between the two countries really is.

After Japan’s retreat from Korea at the end of the Second World War, the country was divided in two across the 38th Parallel. The Soviet Union occupied the North, and America occupied the South. North Korea turned communist, becoming the Democratic People’s Republic of Korea (DPRK), and the Soviet Union installed Kim Il-Sung as president. Within five years, the Korean War began, with Kim Il-Sung’s invasion of South Korea. After just over three years, and with millions dead or missing, North and South Korea agreed to a ceasefire. A new border was drawn, this time with an armistice, and to this day, it remains the most strongly defended on earth, with a 2km-wide demilitarised zone on either side. With no peace treaty ever being signed, the April 2018 Panmunjom Declaration marked the two nations agreeing to work together to end the conflict.

The defector we met that day left his family in North Korea, though he hopes that soon he’ll be able to help them get out too. He is lucky: he found a job in South Korea relatively easily, and is not in fear that there is anyone from North Korea looking for him, something he knows other defectors are afraid of. “Compared to the fear I felt in North Korea,” he says, “I feel completely safe here.” The South Korean Ministry for Unification has registered around 31,000 North Korean defectors having fled to the South, and it’s not surprising that people accept the risks that come with defection. Sitting just outside the top ten world economies, South Korea has seen exponential growth in just a couple of generations. In contrast, people in DPRK remain some of the world’s poorest.

At one of our stops, I’m struck by how beautiful the DMZ is. There are birds singing, and a pond full of huge koi. The sky is a clear blue and the sun is shining. The pathways are lined with lush greenery, dotted with regular red flashes. Despite the knowledge that I’m on the edge of the most heavily fortified border in the world, it’s strangely calming. On closer inspection, the red flashes are warnings that just off of the roads and pathways there are hundreds, if not thousands, of live mines. Experts predict that there are 800,000 mines on the north side, and that there could be up to 1.1 million on the south. After meetings between South Korea’s prime minister, Moon Jae-In, and Kim Jong-Un in 2018, some efforts are being made to start clearing them; however, with an estimate of close to two million mines, it’s likely that only a small portion will ever be cleared.

Tensions have varied since 1953, and it’s only since April of last year that they eased enough for some of the more extreme propaganda to be removed. Until then, loudspeakers had been erected along the border, with South Korea blasting K-pop into DPRK from early morning until late at night. Looking across the border, a giant North Korean flag waves atop the fourth tallest flagpole in the world. The flag itself weighs 260kg and raising it takes six people. Beside the flagpole is the small North Korean city of Kijong-dong, or Peace Village. It’s known in South Korea as ‘Propaganda Village,’ because no one lives there, and the structures may not even be real. Some of the buildings appear to be shells, with windows and doors painted onto what are essentially empty boxes. The purpose of the fake city is partly to be a show of prosperity, but also to tempt South Koreans to defect. It seems somewhat ironic now, considering the vast changes in the countries’ relative wealth.

I’m interested to know how accurate our outside view of DPRK is. With communication from within the country being virtually non-existent thanks to signal jammers stretching along the entire border, I ask the defector how much people inside North Korea are aware of. “I think that most people in North Korea know [that their way of living is not what we would consider ‘normal’],” he says. “That number is increasing. There is business with China, and young people have CDs and DVDs from outside so they can watch US movies or listen to K-pop. North Koreans used to hate South Korea, even ten years ago. They thought that it was an evil country, like they’re told about the US. But those thoughts are changing.

“North Korean people are living miserably. The country is terrible, with food shortages and poor healthcare. North Korea is a huge prison. But I don’t believe there’s any possibility for reunification. No way. I can’t see how that could happen.” It is more likely, as continuing talks between Moon and Kim demonstrate , that a partnership could provide a better solution, though for some, reunification is the ultimate hope.

The final stop on the DMZ trip is to Dorasan station, the most northerly train station in South Korea. Inside, it has an Immigration, Customs, and Quarantine hall waiting to be used, as well as signs towards the platforms boldly pointing ‘to Pyongyang’.

The defector goes on to explain that “movement within the country is very restricted. Those who live in Pyongyang have special privileges, but those could be taken away [if a family member defects, for example]. It’s not easy. Otherwise, you need special allowance to go to Pyongyang.” Considering that even North Korean citizens don’t currently have enough freedom of movement to go to Pyongyang, it seems unlikely that a train full of tourists will be headed there any time soon. Indeed, like many before us and presumably many following, we are issued stamps — with the advice not to put them in our actual passports — before quietly boarding our bus back to Seoul.