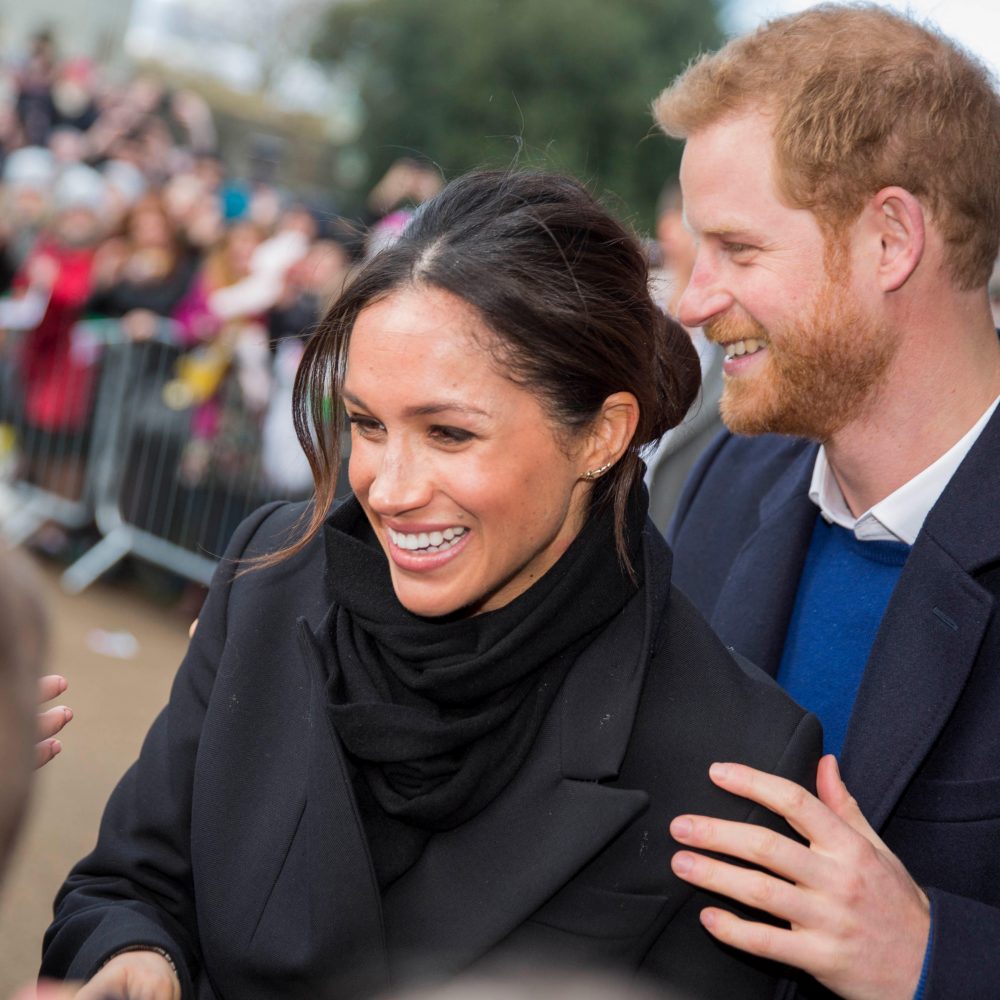 She’s damned if she does, damned if she doesn’t. But while we’ve all seen the headlines, you could still be forgiven for wondering, why does the media hate Meghan Markle so damn much? Please, allow me to explain.

Ok, so, long story short, Megan Markle is, by and large, a hellbent she-demon raised straight from the sordid pits of Lucifer’s beer belly with the sole purpose of completing her she-demon tasks. These include, but are not limited to, spewing virtue-signalling liberal ‘wokeness’, caring for the environment, social climbing – yes, even higher than being an already famous Hollywood actress – shredding our treasured British establishment with her rebelliously polished claws and of course, eating an avocado.

Well, at least that’s the story Piers Morgan’s wet dream would have you believe. To be fair to him, the alternative is rather shocking. Could Megan Markle be a *gasp* black woman with boundaries? Surely not.

As a non-royalist, I was surprised when my interest got piqued by Megan and Harry’s decision, as a couple, to potentially put their royal duties to bed. But, after doing a cracking bit of research (see: bingeing The Queen) I realised that there is a bigger picture narrative at play here. So, if like me, you had no interest in the royals till this so-called “royal crisis”, I’ve done the grafting so you don’t have to.

The barebones facts go as follows. On the 8th of January, Megan and Harry made the unexpected announcement that they planned to step down from their positions as senior members of the royal family. Writing on Instagram (how modern!), the couple explained:

“After many months of reflection and internal discussions, we have chosen to make a transition this year in starting to carve out a progressive new role within this institution. We intend to step back as ‘senior’ members of the royal family and work to become financially independent, while continuing to fully support Her Majesty the Queen.”

Basically, in layman’s terms, they’ve had enough of stiff hand waving and want to make their own money, their own way, whilst still supporting Harry’s Nan. That Nan, the Queen, in turn released a statement yesterday which gave her blessing, albeit reluctantly. It read:

“My family and I are entirely supportive of Harry and Meghan’s desire to create a new life as a young family. Although we would have preferred them to remain full-time working Members of the Royal Family, we respect and understand their wish to live a more independent life as a family while remaining a valued part of my family.”

All of which begs the questions: if our Lizzie is ok with it, and there are other members of the royal family working part-time, what’s all the bloody kerfuffle about? Why on earth is this breaking news?

Why on earth is this breaking news?

Well, within the cesspit that is the Daily Mail comment section, not to mention on Twitter, Britain’s pit-stain loudmouths have been having a rare old time painting their own narrative, based on little to no further facts than those established above. The vitriol depicts the couple’s conduct as wholly selfish, narcissistic, steeped in neglectful misconduct and disrespect. ‘But I don’t get it,’ I hear you cry, ‘why is their decision disrespectful?’ Well firstly, they got hate over speculation they made their announcement without the Queen knowing. Then, the story became that the Queen knew and told them to hold off, but they still ambushed her. Now that the Queen has released her statement of support then, that should stop, right? Wrong.  Now, instead, we see headlines such as ‘Queen “railroaded” into deal by “greedy” Prince Harry and Meghan Markle’.

I think one thing is clear, and that is that no one knows anything. Nevertheless, people remain ready to make outrageous assumptions based on their own bullshit pitchfork morality, resulting in the continuous depiction of a strange dichotomy in which Harry and Meghan are bad and every other royal (bar the presumably jubilantly MIA Prince Andrew) is good.

From Piers Morgan to the Daily Mail brigade, the Queen suddenly seems to have no shortage of keyboard warriors willing to defend her dignity. But am I missing something? Are they mistaking the Queen, who has helpers left, right and centre, for another vulnerable 93-year-old Nan? I’m confused. Moreover, was there this much moral uproar in the Queen’s defence when Prince Andrew was accused of links with paedophilia and sex trafficking? Don’t worry, I Googled it. No. No there wasn’t. Piers bashed out a few measly Tweets and called it a day.

was there this much moral uproar when Prince Andrew was accused of links with pedophilia and sex trafficking? I googled it – No, no there wasn’t.

Maybe we need to look at the possible reasons for their seemingly sudden departure to gain a real understanding behind the decision. Was it in fact fuelled by greed and ill-will, or something entirely different?

Arguments for Meghan being the reason behind #Megxit:

Hold on to your horses, it’s about to get flat-earther level of bonkers – unless, of course, you’ve been ingesting Daily Mailand Piers Morgan Tweets continuously for three years in which case I’d imagine it probably makes perfect sense. There is a popular line of argument online that the Sussexes’ apparently grievous decision rests squarely with the calculating and vindictive puppet-master named Meghan Markle. Cut short, some believe very strongly indeed that Meghan is a social-climbing, manipulative, narcissistic, money-hungry, attention-seeking leech who wants to alienate poor Harry from his family. This isn’t another sarcastic bit. Seriously. That is the genuine narrative. Don’t believe me? Look at these Tweets. These people are not outliers :

There’s a lot to unpack here. I doubt these people know Meghan, nor her relationship with her loved ones, personally. Neither do I. So how have they been emboldened to make such wild and vindictive claims? Who knows, but a Molotov cocktail of repetitive bad press fuelled by secretive ‘sources’, Piers Morgan’s upset ego over Meghan’s apparent rejection of his friendship, her complicated relationship with her family and her being a strong woman with boundaries certainly can’t have helped.

Arguments for the media-hate being the reason for #Megxit:

Well, when you head to the Duke and Duchess’ website, there are a few clues as to why they chose to leave. They mention financial independence being important to them – it is understood they will no longer receive a share of the Sovereign Grant with their new position – so understandably they will seek to be self-reliant. But then, interestingly, they also state wanting out of the ‘Royal Rota’ media system which guarantees access to certain media establishments. Simply put, what they’re saying here is that they want to tell The Daily Express, Daily Mail, Daily Mirror, Evening Standard, The Telegraph, The Times and The Sun sod all.

Oh, gee. How surprising. Perhaps the growing number of threads comparing Meghan’s media reception to that of Kate Middleton could explain it. Or maybe this piece, in which equality campaigner and educator Nova Reid delves in more depth into the racist and oppressive press coverage that has been levelled at Meghan, helps explain this unfortunate state of affairs. Either way, is it any wonder they have both decided to set boundaries?

So, after hours of submerging my head in this cauldron of bile, allow me to me throw out some observations before I close my tabs and go scrub my eyes.

One, while I am shocked and appalled, I am not surprised at how completely this has been blown out of all proportion in the media – not to mention how viciously Meghan Markle has been treated time-after-time by a shameless press.

I find it funny that people with no real clue of the goings on inside Buckingham Palace can reach unsubstantiated and, I don’t use this word lightly, crazy conclusions if exposed to a certain narrative regularly.

And I agree with the Guardian’s Owen Jones entirely when he says “Meghan became a target because she is a mixed-race American with no aristocratic blood, who dared to import vaguely progressive values into the most conservative of British institutions”.

I’d also add that it doesn’t help that she is a woman who, by the looks of it, doesn’t seem willing to lie down and take it – a position that has been shamelessly exaggerated into a caricature of  narcissism and control-freakery. You know who else often gets those tropes thrown on them? Quite literally, most any women in any form of power. And while it’s fair to say Kate faced media abuse initially – though I’m not sure about the severity in comparison – she put up with it, stayed quiet, and eventually they allowed her to live. Princess Diana, on the other hand, said no. And they crucified her. All of which makes it seem dangerously as though the only woman acceptable in the traditional eyes of our established press is one that’s docile.

Meghan is ‘Duchess Difficult’ because she’s a black woman with a voice. So, who can really blame her when that voice sometimes says “No, fuck off.”

« Still Not Asking For It
Skins, Sex Education and Being Sixteen »