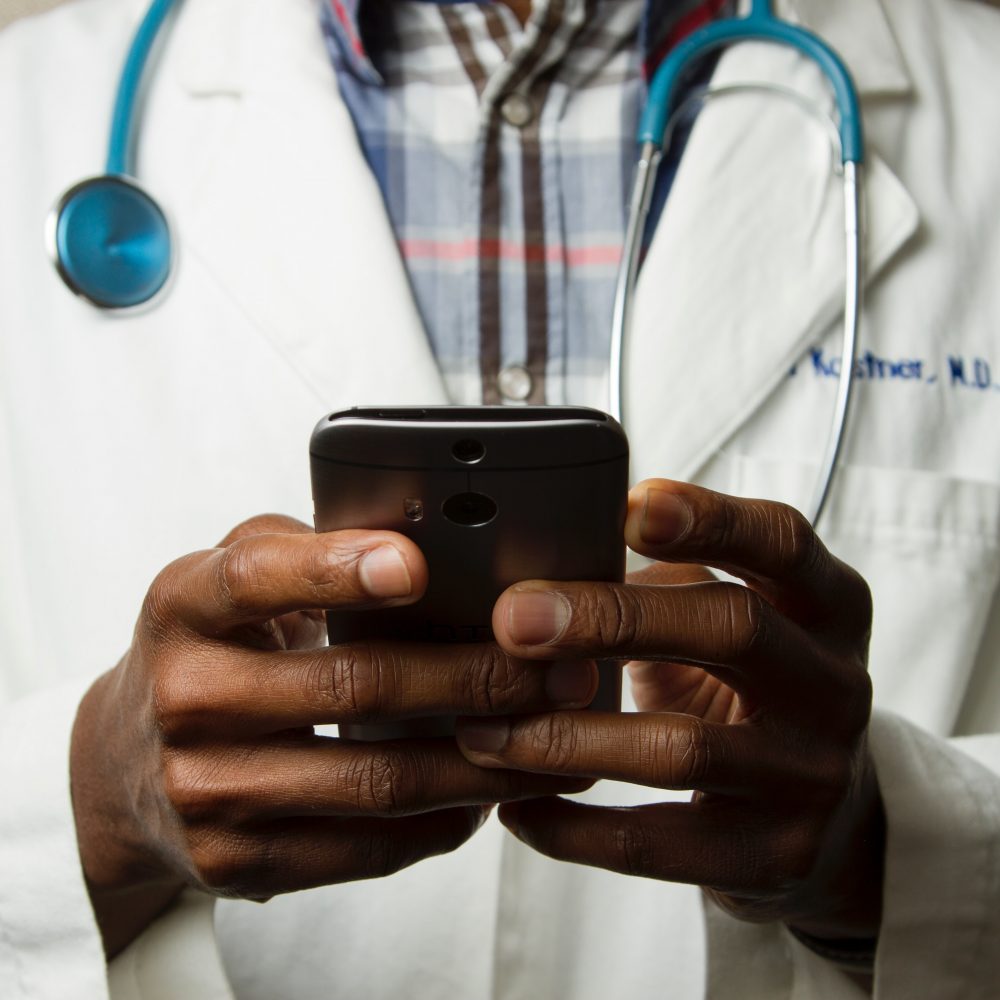 You’re clapping for them, but are you actually seeing the full picture when it comes to our NHS frontline?

Recently, Thursday at 8pm has become a special time for the nation. Many of us have stood outside our front doors at this particular time in the evening to #clapforNHS. The feeling has been one of community, of feeling we’re all in this together, even if standing many feet apart from our neighbours.

Her point, aimed at national newspapers including The Mirror, Metro and The Independent, highlighted the lack of any representation of the many ethnic minority doctors, nurses and healthcare key workers who make up the NHS.

According to Gov.uk, as of March 2019, over 1.2 million people worked for the NHS. At least one in five of those healthcare workers were people of colour, with a higher percentage of staff in medical roles (working as doctors in hospitals and community health services) from the Asian, Chinese, Mixed and Other ethnic groups than in non-medical roles. Since the pandemic, I’m sure those numbers have continued to rise.

It’s also about including all those who, about a month ago, were classed as “unskilled workers” under the Conservative lens. Who according to Home Secretary Priti Patel’s new immigration points system would no longer be able to immigrate and work for the NHS. It seems that these “unskilled workers” are now saving the nation and have been for some time.

So, what do our ethnic minority doctors make of the whitewashing of NHS efforts during these times? Those we spoke to chose to remain anonymous.

“During the Brexit campaign, it just seemed to be an excuse for certain people to bring out their racism and send all non-British (read: non-white) healthcare staff back to where they came from,” says one junior doctor based in the West Midlands. “I don’t think people realise just how much the NHS is filled with, relies on and would not survive without people of colour.” This doctor gave the example that in their hospital, out of 30 doctors, only 26 per cent are white English.

During this pandemic, what we’ve truly experienced is not just how underappreciated the NHS is generally but how much all healthcare key workers do to put their lives on the line. In addition to how much we take for granted all those immigrants — or children and grandchildren of immigrants — who are healthcare workers, what’s reminiscent is the colonial attitude that people of colour who make up the NHS should be grateful to be working – or should I say, serving? – those in the UK.

“There’s often this unspoken assumption that because your skin is brown or you look ‘foreign’, that the level of care you’ll provide is different to a white doctor,” says one doctor of five years. “It subconsciously grates and makes most of us aware of the fact that we have to be excellent – because if any mistakes happen, you’re first in the firing line, as Dr. Hadiza Bawa-Garba’s case confirmed.”

Look, though, to the first UK doctors [to] have passed away due to coronavirus. All four doctors came out of retirement and were men of colour, from heritages that spanned across the Middle East, Africa and Asia, all were Muslim and all are heroes we should know the names of. Amged el-Hawrani. Habib Zaidi. Adil El Tayar. Alfa Sa’adu. Remember them.

Areema Nasreen, a 36-year-old nurse and mother of three based in Walsall in the West Midlands, also passed away after contracting coronavirus at the hospital she worked at. She had no underlying health conditions and is the second nurse to pass away due to her shift.

Priti Patel’s point-based system to end ‘free movement’ is supposed to take effect from October 1, but since Covid-19, the Home Office has announced that any NHS nurses, doctors, paramedics and health care workers with visas due to expire before then will have their visas automatically extended for a year to “focus on fighting coronavirus”. This slap in the face for the many immigrant healthcare workers is a reflection of the fickle lack of care we have towards those saving our lives. It whitewashes over the hands, minds, bodies and care that makes up the NHS.

“All of this is really demoralising as a doctor from an ethnic minority background because you ask yourself, even if I lay my life on the line, it seems to not be enough for this country to see me as one of its own,” says a doctor training to be a GP. “Historically, we have a precedent for this sort of situation in how Britain has treated and failed to commemorate the thousands of immigrants that contributed to its war efforts, the rebuilding of post-WWII Britain or the millions of black Africans whose free labour in the Americas funded the expansion of the British Empire and the industrial revolution.” It seems as though Britain is not learning from its mistakes. If anything, it is simply repeating them.

Yashere ended her video saying, “Everyone knows in African or Asian families, there are only four choices in career: doctor, lawyer, engineer or disgrace to the family. So where are the doctors and nurses of colour?”. Let’s at least get it right when it comes to the representation of the NHS and give our ethnic minority healthcare workers that.

On the other hand, one doctor said, “We have more than under-appreciation and under-representation to think about right now, but it’s nice that people are thinking about it”. One thing we can do, as patients, who are socially distancing from home, is to do more than just think about it. It is time to dig deep, and realise how much these people are the fibre of our communities. Before it’s too late.

You can donate a hot meal to NHS staff here