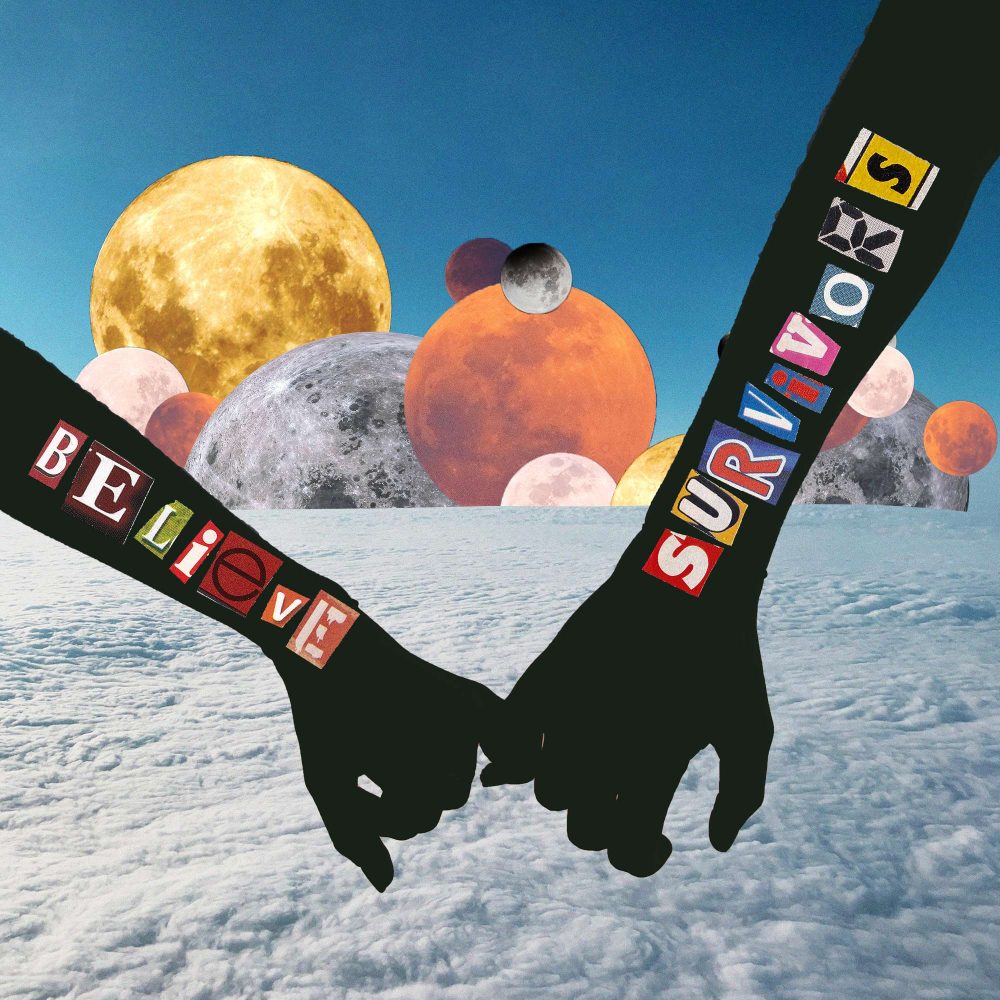 Do You Remember Your First Time?

The first time I felt unsafe because I was female was when I was 11. I was chased home by an adult male that lived down the road from us. He used to wave and shout at me through his window most mornings, but I’d just cycle past quickly, on my way to school, and pretend he wasn’t there … until one day he followed me home. There he was, behind me, walking quickly, his hot breath in the air. “Why are you walking so fast?” he asked, “You’re being very rude not speaking to me!” he persisted. I remember sprinting for the front door of my house, his step quickening with mine. I slammed the front door on him and then lay on the floor crying with fear. Now he knows where I live, I realised.

This wouldn’t be the last time I’d have this feeling. You just get used to having it. We learn to be risk assessors of our own safety; we learn potential risk factors and try to avoid being assaulted. This shouldn’t be our responsibility. We cross roads to avoid strangers, pretend to use our mobiles, we avoid dark areas, we try to be polite to not make others angry, we laugh uncomfortably, we shrug things off, we avoid eye contact. Women restrict their freedom on a daily basis to keep themselves safer.

We tell our stories to other women who apologise and comfort us. They may exchange a story with us of a similar experience that happened to them recently or they safety plan with you and together you work out what you can avoid in the future. But most things you can’t avoid. You can’t avoid the darkness in winter, you can’t avoid going outside most days, you can’t avoid public transport and you can’t avoid being objectified by strangers. My friends tell me numerous stories of the humiliations of cat calling, the panic of being followed, the horror of being groped and I apologise on that creep’s behalf. “I’m so sorry that happened to you,” we tell each other. We seek solace in each other, then move on and pretend these things never happened.

Subconsciously, women stay alert to their surroundings; our worst fear is rape. We can’t stop rapists, so we have to protect ourselves. I’m not saying this is all we think about. But I bet for about 90% of women who find themselves in a ‘risky’ situation, the possibility of rape will be the first thing that pops into their minds. A red lightbulb moment. We change our movements, clothing and everyday lives to avoid an abuser’s gaze or attention.

We change our movements, clothing and everyday lives to avoid an abuser’s gaze or attention.

This month is Sexual Abuse Awareness Month, as part of this, it’s important to highlight this restriction of freedom; a restriction that women adhere to every day, every day of every month and every month of every year to protect themselves. If a woman feels responsible for her own safety and the actions of abusers that she cannot control, she then will feel the burden of responsibility heavy upon her if something does happen to her. Her safety planning didn’t work. But should this even be her responsibility?

When I asked women about experiences they’ve had when they felt unsafe, they volunteered a depressing litany of anecdotes…

But this is not just an 21st century problem. My mum’s first time was when she was 7, she saw an adult man crawl behind a bush on the isolated path ahead. He waited there, his jumper a white blur. He crouched, watching her, still as can be. She began to sweat with fear, her small hand sticky round her packet of sweets. She didn’t know why the man was hiding in the bushes, but she knew he wanted her.  At the young age of 7, she had to safety plan. My grandmother was offered a lift, whilst heavily pregnant. The man in the car made a grab up her skirt and she had to shout her way out of the car. My great-grandmother, aged 8, was sexually assaulted, whilst her mother was giving birth in the bedroom next door.

These experiences, including mine, span a century, yet nothing seems to have changed.

When will women ever be safe?