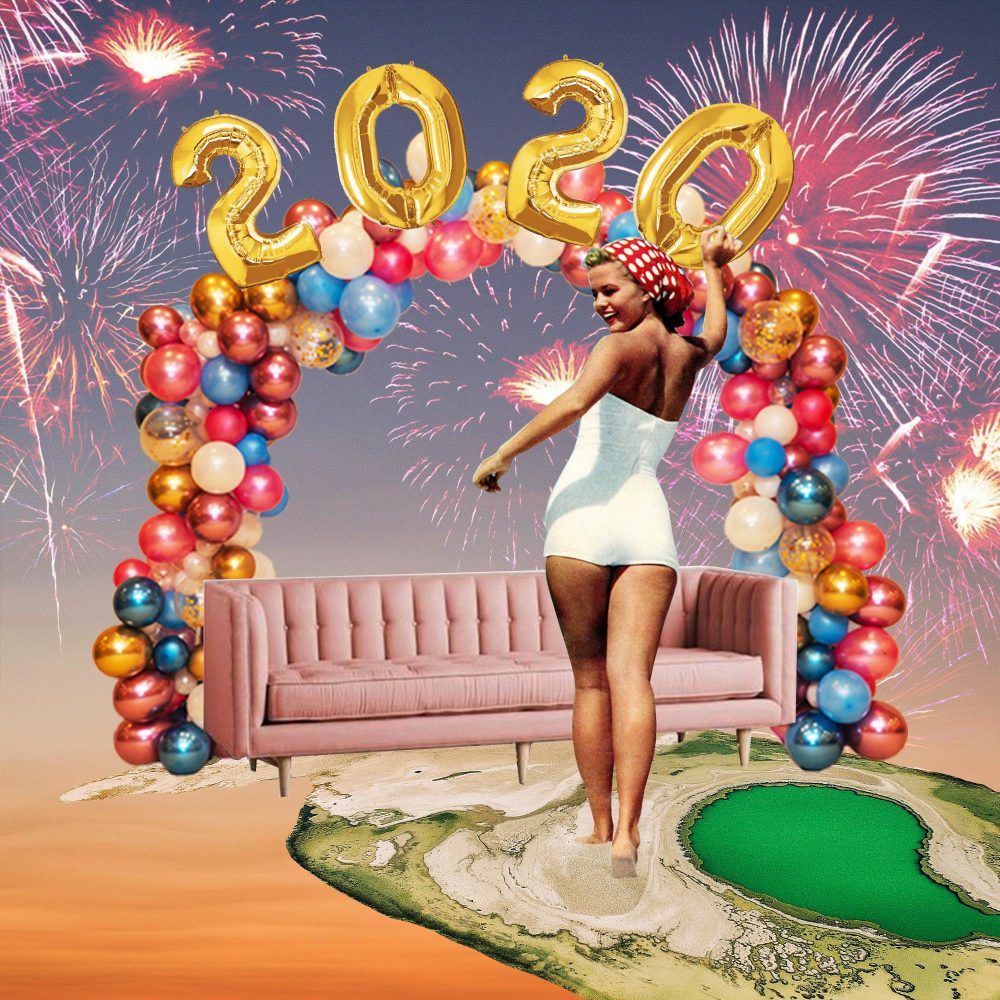 Over the coming days, we’ll be sharing team Restless’ thoughts, dreams, reflections and aspirations ahead of a new decade promising plenty of change…

In just 24 hours, we’ll be into a whole new decade. and with 2020 already promising plenty of tumult, trials and tribulations, optimism feels like a political act. So, in the spirit of hope, here is our second instalment of team Restless’ new year reflections.

I mean, it’s not that your predecessor was horrid, per se. It’s just that he was so bleeding moody, so unpredictable. If 2019 was to have its own three word epitaph, it would be FFS…

From divorce to deadlines to chocolate-eating dogs (don’t ask), the last year threw up plenty of trials and myriad opportunities for reflection. I became a Ms, legally, and not a Mrs. I got my own mortgage, in my own name, and went part-grey in the process. And because I’m not one for doing things by halves, I also broke up with booze, after an enlivening 100-day challenge proved our love affair to be nothing more than an edgy youthful flirtation. I’ll leave it up to you to decide whether I now miss the man, the mortgage advisor or the Merlot more…

But for all the drama, by the time you, 2020, started creeping around the corner, I found that each challenge conquered felt like another bit of life-Tetris ceasing its spin and slotting satisfyingly into place. I grew in confidence. I took more risks. I finally consummated my love affair with the ocean, took up wild swimming in the North Sea in all weathers, and learned that the shock of the cold helped keep my head and heart above water when anxiety flowed, rather than ebbed. And in the process of all of that, after years of striving, frantically paddling for some distant, far-off ambition, I somehow learned to float, to go with the tide, to grab the opportunities that were suddenly bobbing up like so many bottles on the waves. And that’s where you come in, with your promise of a whole new decade of clean sand to leave footprints on.

This year, I won’t promise to journal – you and I both know that always lasts a week. And let’s face it, I’m shit at meditation. But that’s ok, because this year feels like it will be the one in which I find comfort being me, in all my messy glory. I’ll warn you, there’s going to be chaos. But if I can make it to the end of each day still in possession of my child, and with the pair of us still in possession of four limbs and a smile each, I’ll be cool with that. Because you find me happy, in love, deeply content amidst the madness, and my mission for the coming year is to hold onto that feeling with all my might. To know that I’m deserving of it. To keep working with passion. To keep carving out time for the friends and family who make life joyful. To keep dancing in the kitchen – and outside it too, because, sober or not, there’s no killing that buzz. Plus, thanks to 2019, we all have Lizzo and she demands dancing.

I have always been reluctant to prescribe myself a word of the year. Cautious to reduce 365 days down to a single pursuit when they could instead be abundant in the myriad feelings, intentions and acts that make up a life. But I’m going to grant myself a free pass this time around. For I feel what I aspire to most in 2020 is something that does not limit me to walk one singular path. In fact, I believe it asks the opposite. I believe it inspires me to carve out many more paths of my own. What I’m talking about is independence.

Having recently just got out of a relationship that started in my late teens, 2020 will be the first year I venture into as a single woman. It will also be the first year I go travelling on my own. Independence, in its most obvious sense, has therefore already crash-landed in my lap. But the condition of aloneness doesn’t, to me, feel as if it automatically qualifies as independence. I feel as if there is more to such freedom than supporting yourself financially or thinking entirely for yourself. I think there is an embodiment to it. And so, my challenge, my quest for the new year, is to go seeking what that might be.

To slowly begin removing the eggshells that were placed under my feet to keep others comfortable. To step into the truth that no one is going to change my life except me. To continue loving as hard as my nature warrants, but to not let the love I receive in return dictate what I believe I deserve. Or manipulate what I see myself capable of. Or stifle my visibility.

By default of the years I passed through in the previous decade, it was a period of first times. First relationship, first job, first time leaving home, first drink, first time driving a car. By contrast, I want to start this year, this decade, not by racing towards the next first time, the next new thing, but by leaning more deeply into the things I already possess. I want to be a more confident driver — affording me greater physical independence. I want to be more self-assured at my job — affording me greater financial independence. Unlike the bold gestures of typical new year resolutions, the ones that tie you to plans, I’m going to give myself the gift of freedom and just see where it takes me. Hopefully, towards greater independence.