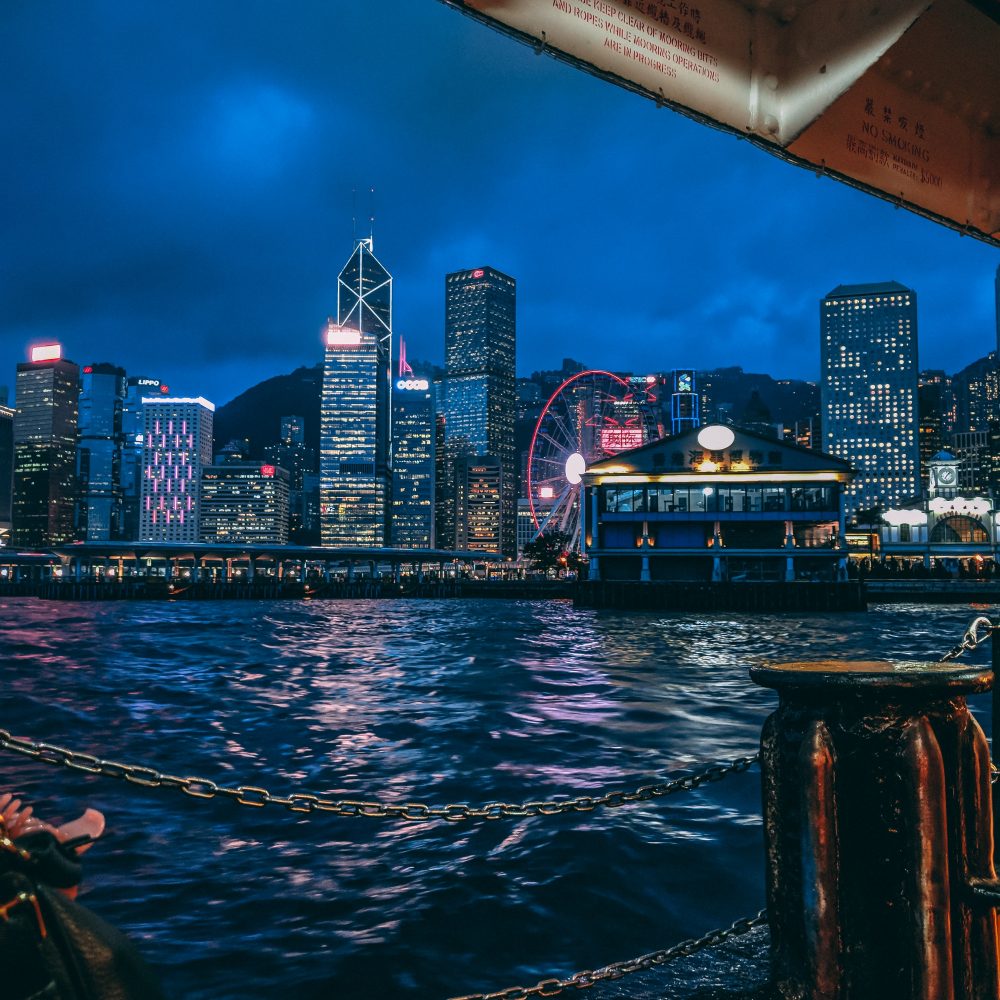 Dear Hong Kong, It’s Not You, It’s My Boss

I sit at my desk, staring down at my frozen hands on the keyboard, face burning with fury. Should I say something? What should I say? How could I not say something? In the end I say nothing, making me even more angry with myself than with him.

The digital media company I work for in Hong Kong has been looking for a graphic designer for months, but the perfect candidate has just been flippantly dismissed by my boss. Why? Because after a quick glance through the applicant’s Facebook page, he thinks he’s probably gay. “I couldn’t work with someone like that in the office,” he says, cringing in his chair like someone just scratched their nails down a blackboard. Little does he know that my mum is a lesbian, but that’s really beside the point.

I’d been in extremely close proximity to this kind of bigotry for over a year, and when I say close, I mean close. As one of the most populous cities in the world with very little flat land, Hong Kong is notorious for its cramped and expensive property. I was working in what was once a bedsit apartment with eight other people, including a boss whose very being made my skin crawl and my blood run hot. Not only was he homophobic, he was also racist, sexist and a creep — the full dog-turd-through-your-letter-box package. A relic from the Hong Kong of yesteryear when Brits could do and say whatever they wanted in this former colony, he’d left the UK 21 years before, when things were seemingly much less PC. As far as he was concerned, it was okay to tell a “Paki joke” in the office at the expense of our SEO guy — never mind the fact that he was actually Indian.

I came to Hong Kong after spending four years working in Thailand with my then-boyfriend, now-husband. Both trained journalists, we decided fast-paced Hong Kong would serve up more career opportunities than the sleepy northern Thai city of Chiang Mai, which we loved but weren’t exactly setting on fire. We were right about there being more opportunities in Hong Kong, but the transition, for me at least, was hard.

After renting a huge apartment with a pool and a gym for just a couple of hundred pounds a month in Chiang Mai, chopping vegetables in the sink because there was literally zero counter space in the tiny kitchen of our shoebox Hong Kong apartment took some getting used to. Especially when you consider it was five times the price. I also sorely missed the cheap and delicious local food of Chiang Mai, the laid back lifestyle and our close group of friends. All this I could have handled, however, if it wasn’t for my miserable work life.

I took the Hong Kong job in a headspace that is not ideal for decision making. Desperation. My husband had landed a spot at a very prestigious international publication but his salary was pitiful. After months of sending out around a dozen job applications a day and receiving back no solid leads, I was starting to panic about where our next hefty rent cheque would come from. When I was offered a job at the digital media company upfront after a three-hour interview (my boss was also a relentless motormouth), I couldn’t accept quickly enough, even though the salary was lower than I’d hoped for.

This position of dependency quickly turned into one of helplessness. It became apparent early on that I was not going to be happy there, but I was terrified to quit in case I struggled to find work again. As a classic A-type personality, I’m also hardwired to want to “succeed” at everything I do, and I couldn’t bear the thought of having anything less than two years at any one job on my CV. The pressure I put on myself, plus my boss’s tendency to micromanage and criticise everything I did, compounded into a highly stressful experience.

As the months went by, my mental and physical health started to suffer. I woke up every morning with a knot in my stomach, knowing what was waiting for me in the office. I developed terrible carpal tunnel syndrome in both wrists. I started smoking to deal with the stress throughout the day and self-medicating with far too much alcohol in the evenings and on weekends, putting myself in risky situations. As I seemed unable to leave my unhappiness in the office, my personal relationships were also starting to crumble. I blamed it all on Hong Kong’s relentless and hedonistic nature and decided I hated the city.

Inevitably, I eventually got ill — it’s always tonsillitis for me when I’m rundown —but in my manic, highly stressed state, I refused to take proper time off to recover. Even when I was at home and meant to be resting, I’d have my laptop with me in bed, answering emails, monitoring the company’s social media feeds and essentially doing my job anyway. No doubt thanks to the bad sleep hygiene of bringing my work to bed, the chronic insomnia from my university days came back with vengeance. Recovery was now even more unattainable and I ended up feeling unwell and exhausted for weeks.

I continued to work but went to see numerous doctors, all of whom failed to find anything physically wrong with me. The tonsillitis had gone its merry way weeks ago and tests showed nothing wrong with my liver, kidneys or thyroid. In the end, they told me it must be stress and packed me off to see a psychiatrist. I was put on a high does of antidepressants and anti-anxiety drugs, which got me back on an even keel.

My feelings became more manageable, some would say muffled, and although, after a year and a half, I still despised my boss, I was not even looking for another job. I’d resigned myself to the idea that this was just what work is — something you hate but spend the majority of your time doing. Then out of the blue, something amazing happened. I was headhunted for a job at a better company with better pay. The decision to leave had been made for me.

The new job was the same in many ways. I was in the same city, the same industry and essentially the same role, but my new boss couldn’t have been more different. He was young, progressive, liberal and ultimately super supportive of me and all his staff. Feeling calmer and happier day by day, I eventually came off the meds entirely having formed a new and much more healthy relationship with my work. It was then that I realised how how much my unhappy professional life had affected my mental and physical wellbeing and clouded my vision of this incredible city. Working for someone I respected and who respected me, changed my relationship with Hong Kong, and my career, forever.

While I have the freedom to choose, I will never forget that my health comes before my work. Life’s too short to give your talents to someone who doesn’t deserve them.

« Money Matters
How Gardening Could Help With Your Eco-Anxiety »