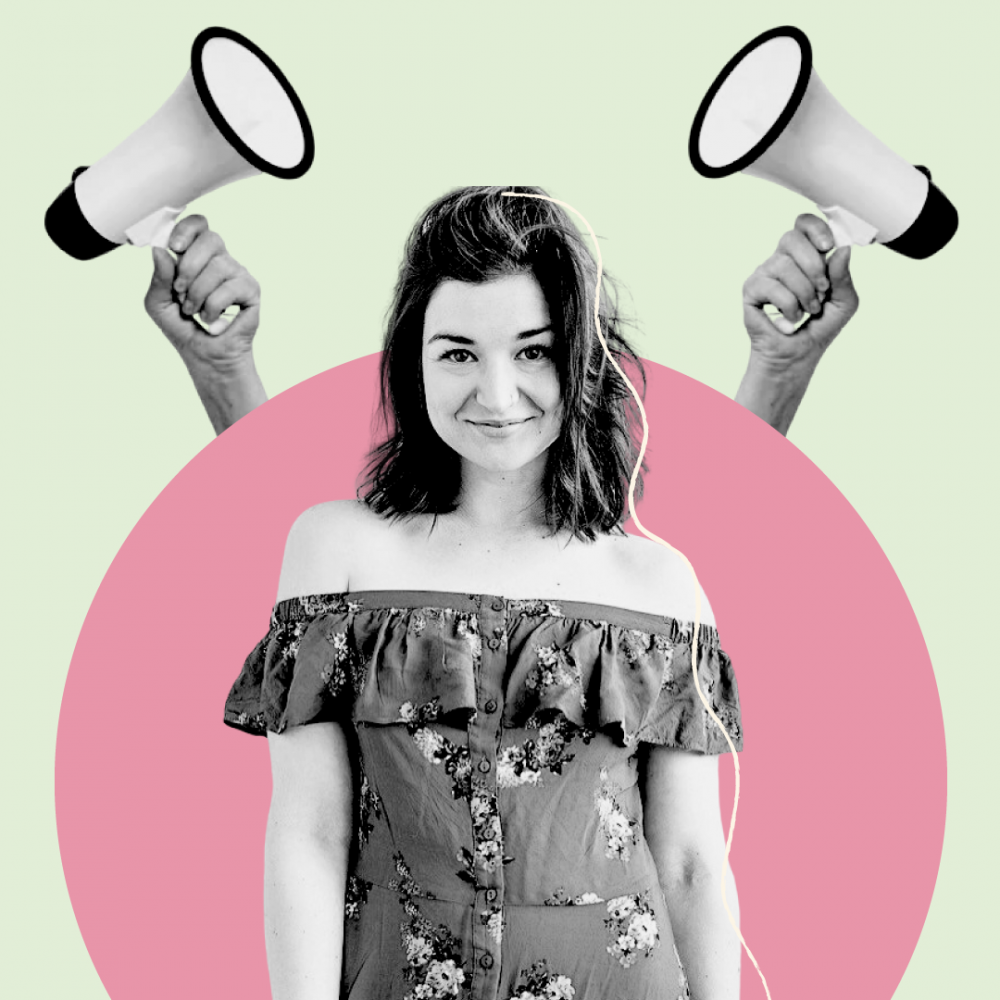 Climbing Out of The Bullshit Pit

If you’re anything like me, you’re really good at giving your girlfriends advice. Like, really good. Boy troubles? I have a solution. Outfit help? Let me take a look. You want to get to z, but you’re currently at x, and wondering what is in your way and y?

It’s you, girlfriend. Y stands for you. You are in your own damn way.

Getting out of our own damn way is a challenge and can even feel impossible, especially when we aren’t familiar with our bullshit. Our Bullshit, deserving of a capital b, is anything and everything (choices we make, people we surround ourselves with, thoughts we have) that inhibit us from living our most fulfilling life.

The number one thing we can do to get out of our own way and get where we want to go is scoot on over in the alphabet and embrace the c-word.

No, not Cheetos, although we should embrace those too.

Yeah, yeah, I know. Change is scary. But is it scarier than living a life unfulfilled and wondering what could have been when you’re old and gray? Is it scarier than the President of the U.S. telling people to drink bleach? Don’t do this, by the way. Drinking bleach = bad.

Change is a necessary part of the growth process, so, you have to do it. You just have to. There’s some of my Virgo tough love for you.

I am no stranger to change. Change and me are tight. We’re interlaced fingers, holding hands tight. I’ve practically been to third base with change, and let me tell you, I was pleasantly surprised! But it still scares me.

A year and a half ago, in 2018, I was living in Southern California with my partner of nearly four years. We had moved cross-country together, twice. We traveled all over the U.S. and abroad. I met his entire family in his hometown. I thought my life was set. And then I woke up one morning, looked in the mirror, and I asked myself, “Who even are you? Also, my god you look tired.”

My ex-partner was in the military, so his job called the shots. He also wanted to get married and have a family, and, while I want those things eventually and wanted those things with him for a time, being a wife and mother aren’t at the top of my list. There are other things I want to do first like, I don’t know, figure out who the eff I even am? Go on a date with Milo Ventimiglia? See my writing made into films, walk the red carpet, and collaborate with my favorite comediennes?

So, we broke up. On the brink of 2019, no less. Because when things just aren’t working, you have to let them go.

I actually remember how I spent my evening that New Year’s Eve. I drank red wine and watched hours of Grace and Frankie all by myself in our bedroom. In the moment, it felt devastating. In hindsight, that was the night I began to step into my power. I had finally, after so many years, begun to make decisions for me.

In the moment, it felt devastating. In hindsight, that was the night I began to step into my power. I had finally, after so many years, begun to make decisions for me.

I quickly decided I’d move back home to New Orleans, and within the week I found a job, a house, and a roommate. Seventeen days later, I had my entire life packed into my car, and I made the four-day drive from Southern California to Louisiana.

And I was terrified.

I was terrified the entire time.

I couldn’t eat, I could barely sleep, I was snippy and sad and cried into my ice cream during my overnight in a Best Western in Austin, and all I wanted to do was turn my car around and drive back to the grey and blue house in California and say, “Let’s try again.”

Because in that house and in that relationship and in those memories, though most of them are beautiful, housed my Bullshit. And, if you couldn’t already tell, I was sick of it. I was sick of being in my own way.

So, I kept moving forward.

And you should, too.

What’s weighing on your mind right now as you’re reading this? Is it a career change you want to make? Do you, too, want to end a relationship and step into your power? Do you want to pledge to stop choosing the side salad when you want the fries? Because, come on. Who doesn’t want the fries?

Whatever it is, you have one of two options:

Quick aside: have you seen Parks and Rec? Have you seen what happened to Andy Dwyer in the pit? He fell in and broke his legs.

Change is uncomfortable, and our bodies know this. We are naturally wired to avoid discomfort, but a little of it now and then is exactly what we should be seeking. Like when you put on jeans for your biweekly socially distant grocery shopping adventure, because you want to look hot in the Trader Joe’s in case you meet the love of your life. You’re wondering why you’re putting yourself through the torture of jumping into your jeans, but give it a minute. It’ll feel good, eventually, to be in actual pants and not your college sweats.

Change is our best friend. Change is exciting. Change is the chance to embark on a new adventure.

And I would know, because I did it.

I left the security of a partner, a house, and a secure future, and traded it for four days on the road with everything I owned packed into my car.

Seriously, everything I owned fit into my car.

And I did all of this because my heart wanted more.

We owe it to ourselves to go after the life we want. We sincerely do. And while it is positively terrifying, I can tell you that it’s worth it, because here I am, a year and a half later, sitting in my house, pursuing my dreams, and living my life.

And I wouldn’t have any of this had I stayed in a place where I was stuck at the bottom of the Bullshit Pit.

I still have my issues to navigate, don’t get me wrong, but instead of it being a monstrous pit, it’s now more of a bird bath.

We know what we want. When we say we don’t, it’s because we’re afraid. The secret about change, and the difference between those who seek change and those who remain stagnant, is courage. And the secret about courage is that it gets easier and easier every time.

Loved that? We did too! Check out Kaitlyn’s previous article here.

« We Haven’t Seen the True Impact of COVID-19
Will A New Baby Change Boris? »